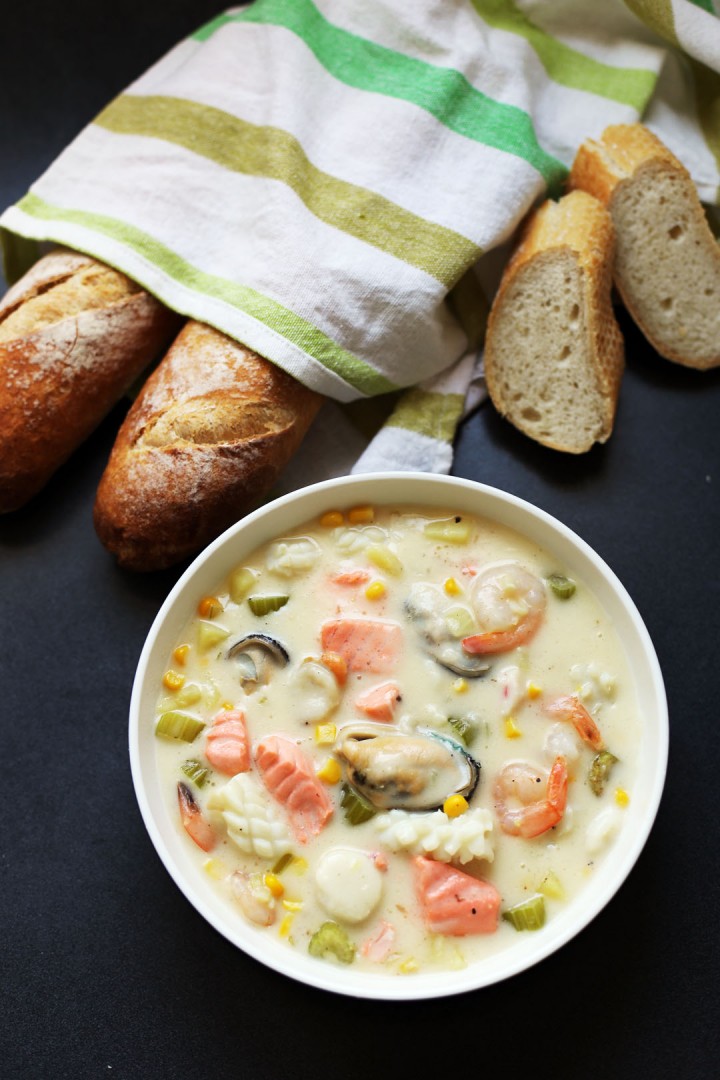 Chowder is a type of soup usually flavoured with pork fat, milk and thickened with flour. There are different types of chowder and most of them uses seafood as its main ingredient. Some of the popular chowders are the American Clam Chowder, The English Fish Chowder, the Irish seafood Chowder and the Crab and Corn Chowder.


Chowder came from the French word Chaudière which is the name of the pot where they cook these types of soup during the olden days. Fish chowders was believed to be the first chowders and it was considered to be a “poor man’s food”, originally they were made with any fish cooked together with salt pork and hardtack (ship’s biscuits). During those times they also don’t use milk or any forms of cream, they also did not use any potatoes. Thanks to those early seafarers and navigators ingredients from South America, Europe and North America was combined together to make the chowder we all know today.

A “poor man’s food” before but I guess not anymore specially seafood now a days are expensive but like before it is still considered as an all in one dish where you can find your meat, vegetables, carbohydrates and soup. A very hearty and filling dish specially when served with saltine crackers, toast bread or dinner rolls.

I love this dish specially the seafood chowder, we usually make them once in a while, it combines two of the elements I love in a dish, something creamy and with tons of seafood.

I love this dish specially the seafood chowder, we usually make them once in a while, it combines two of the elements I love in a dish, something creamy and with tons of seafood. 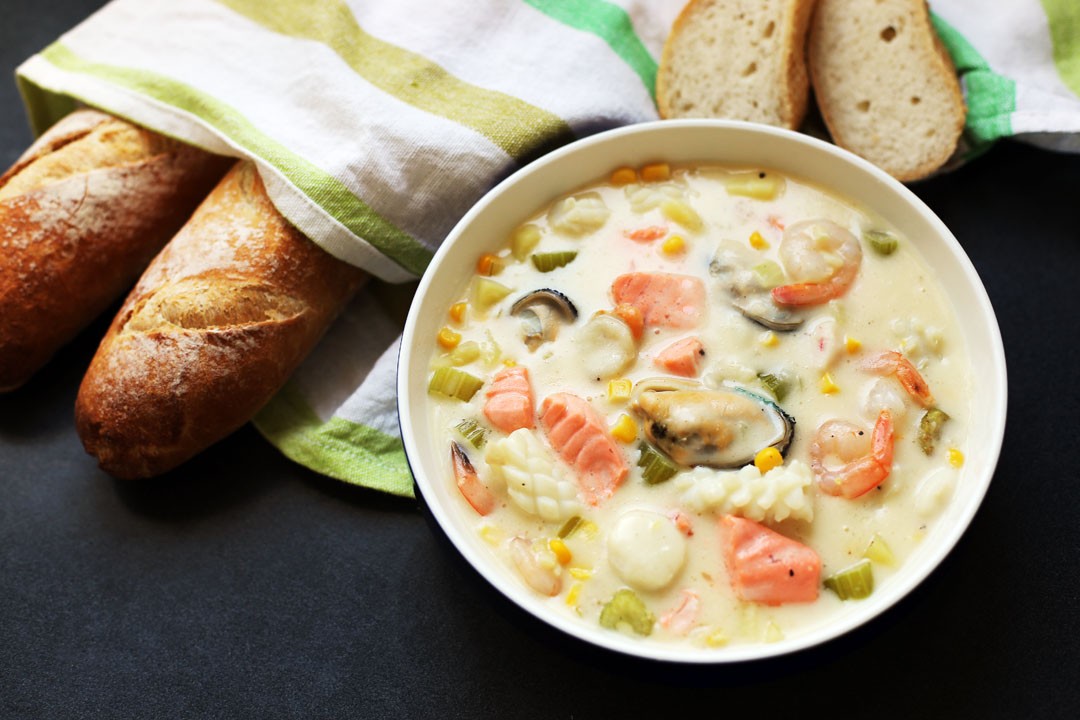