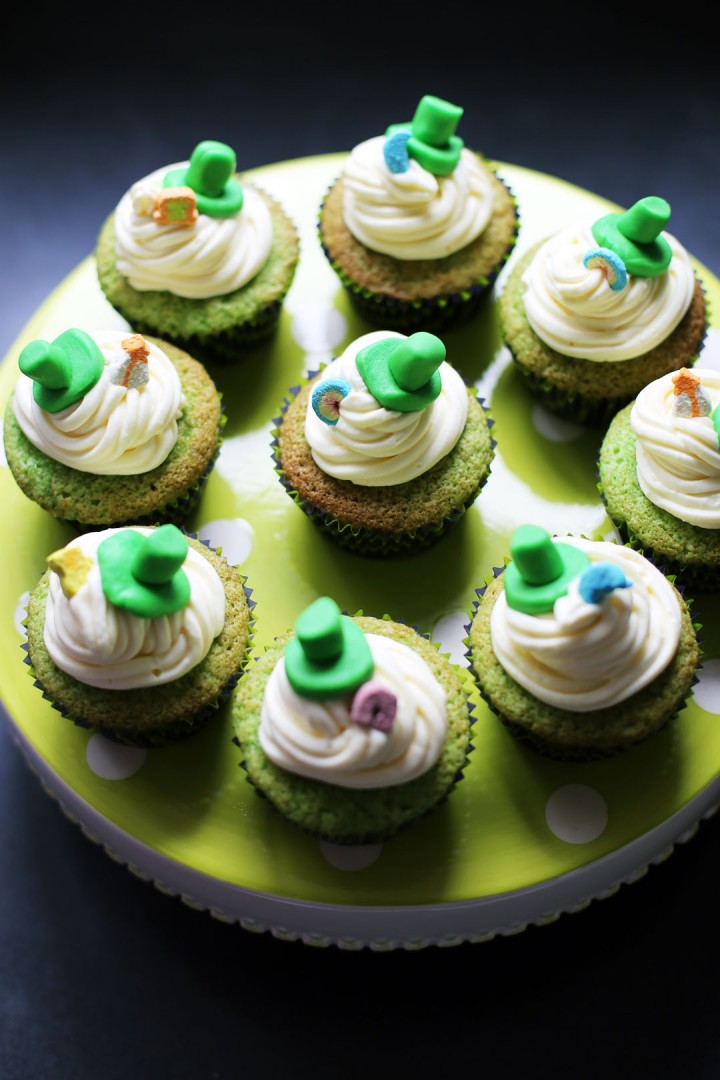 Let me start this post by greeting every one of you a Happy St. Patricks Day!
What’s the most perfect day to post this recipe but today, these cute Shamrock Lucky Charm Cupcakes is the best dessert cake you can serve after feasting on that corned beef, shepherd’s pie and Irish soda bread. Before we go with our recipe for today let’s talk about this special day reserved for Saint Patrick.


Saint Patrick’s Day or the Feast of Saint Patrick is a religious celebration held every 17th of March, the day where the first patron saint of Ireland believed to have died in the year 461, it is also the day that commemorates the arrival of Christianity in Ireland. This day was made official during the early 17th century and is observed by different Christian faith like the Catholic Church, Anglican Church, Eastern Orthodox Church and Lutheran Church. 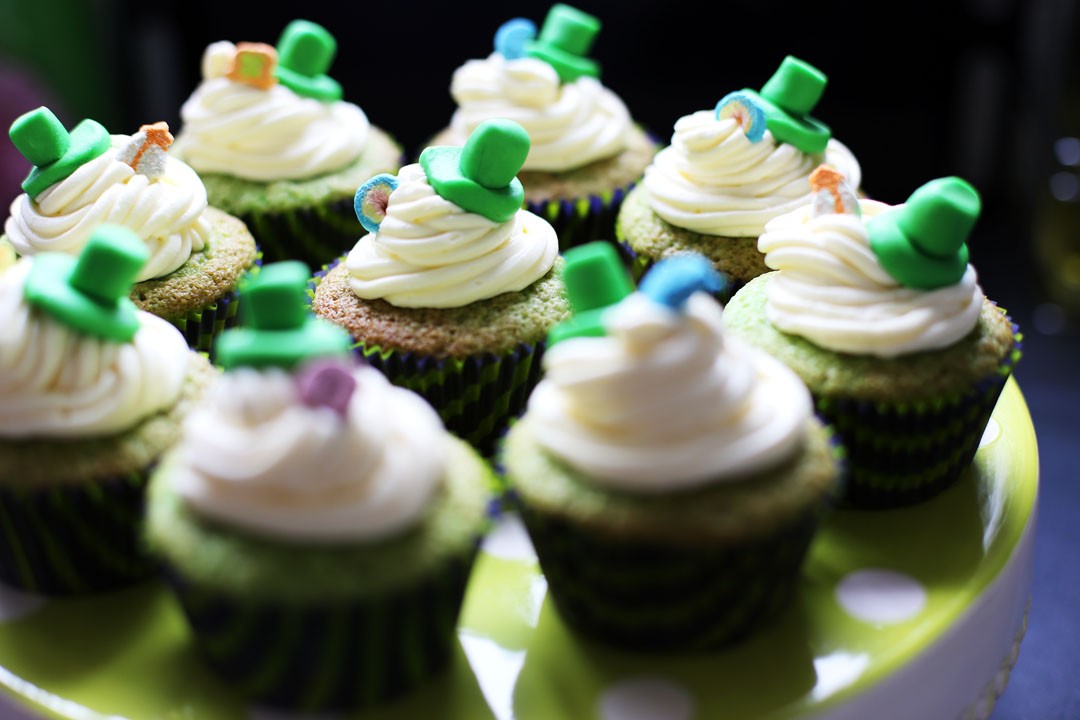 Many of you associate this day with colour green as well as the three leaf clover / shamrock but do you know why?
According to old stories Saint Patrick used the three leaf clover to explain what is the Holy Trinity to Irish pagans during those times which resulted to the conversion of the northern half of Ireland to Christianity. The three leaf clover as all of us know is coloured green but the association of this feast did not come from the leafs colour but from green harp flag used by the Irish Catholic Confederation since the 1640s. The colour was then adopted as the colour of the Friendly Brothers of St Patrick an Irish fraternity founded in about 1750, it was then used by the United Irishmen in the 1790s and was associated with Irish nationalism. United Irishmen was a republican organisation run mostly by Catholic and Protestants members, they had writed a part of Irish history buy launching a rebellion against British rule during the 1798’s. Since then it became widely used and its association with St Patrick’s Day grew even further.

During this day a lot of celebrations happen in all parts of the globe especially with those places where there is a good amount of Irish population. This is also a day popular for drinking lots of Irish Beer which if you are Christian would not make sense as this day falls in the Lenten season where drinking is forbidden. If we study closely in its history during the olden days Lenten restrictions on eating and drinking alcohol are lifted to celebrate this special occasion.


Now you know enough of why we have this day let’s now talk about this recipe. What we have for today are this Shamrock Lucky Charm Cupcakes which is basically a milkshake cupcake infused with a little bit of mint topped with a light cream cheese icing. The lucky charms was just my idea of adding the element fun and cuteness to associate luck by putting different lucky charms which I got from the Lucky Charm cereals. I also made a simple leprechaun hat which are made with Queen Ready-to-roll icing. We also made the cupcakes colour green so it matches well the theme for St Patrick by using Queen Food Gel. 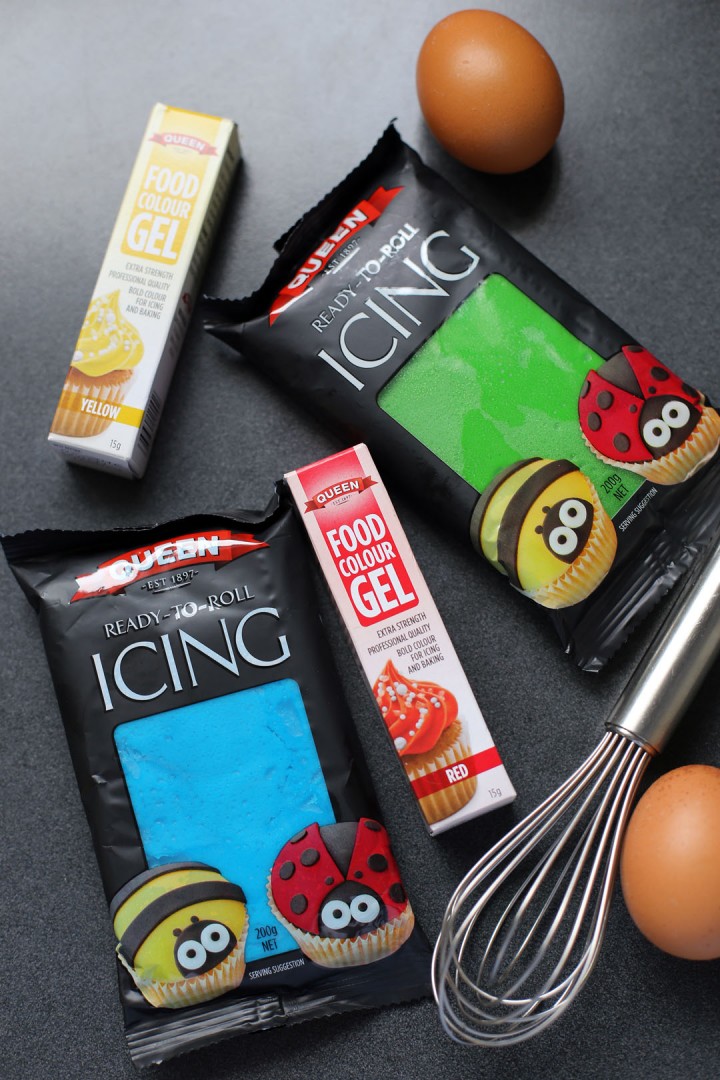 It looks like we had done a lot with our post today but trust me it’s really easy to make, the cupcake preparation is so simple even making it’s icing Now you might also be asking, it looks good but does it taste good? Well I served this last Sunday as a birthday cake for one of our friends and they all gave a two thumbs up.

What we have for today are this Shamrock Lucky Charm Cupcakes which is basically a milkshake cupcake infused with a little bit of mint topped with a light cream cheese icing. The lucky charms was just my idea of adding the element fun and cuteness to associate luck by putting different lucky charms which I got from the Lucky Charm cereals. 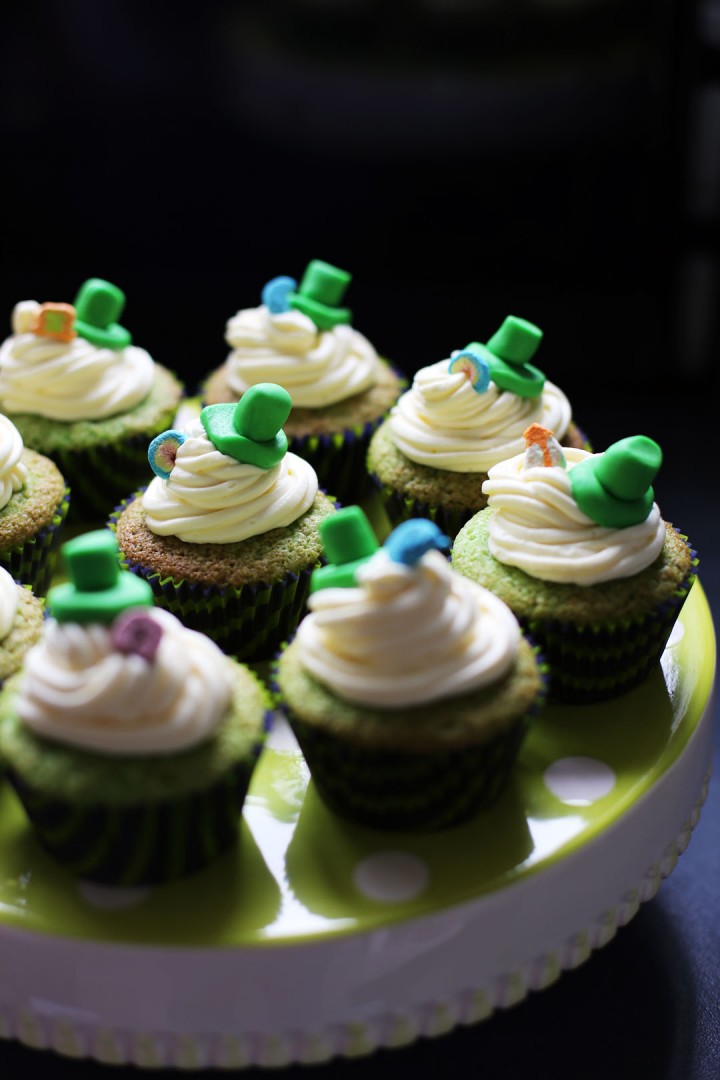