Quiche is a classic French dish that is made out of savoury custard mixed with different vegetables and meat baked in a flaky pastry crust. Though the name sounds French it was apparently derived from a German word called “kuchen” which means cake. As the name suggests this dish have both influences of two countries and have been existing since the 14th century, it originated in the medieval kingdom of Lotharingia (a place in the border of France and Germany).

There are several types of quiche and the most well-known one and perhaps the oldest recipe is the “Quiche Lorraine” where it is traditionally made out of bacon and custard, as time progresses cheese was added and short crust pastry was introduced as compared to the original bread dough used. Some new variations have emerged and some of the popular ones are bacon and leek, broccoli and cheese, spinach, and asparagus to name some. A truly versatile dish that can be consumed anytime of the day or can be served as an entrée or mains.

Before you go to the recipe we have a competition running this week where Ang Sarap and TeaVivre is giving away one tea starter pack for each of the 3 winners. Each starter pack contains the following teas Liu An Gua Pian Green Tea, Premium Jasmine Dragon Pearls Green Tea, True Love Silver Needle Flower Tea, Organic Green Tea Powder and Blueberry Fruit Tea.


Competition is open for 1 week and we accept entries worldwide, just fill in your details at our competition page to join.

So what are you waiting for join now for your chance to taste their amazing teas.

Pastry (you can also use ready-made savoury short crust pastry) 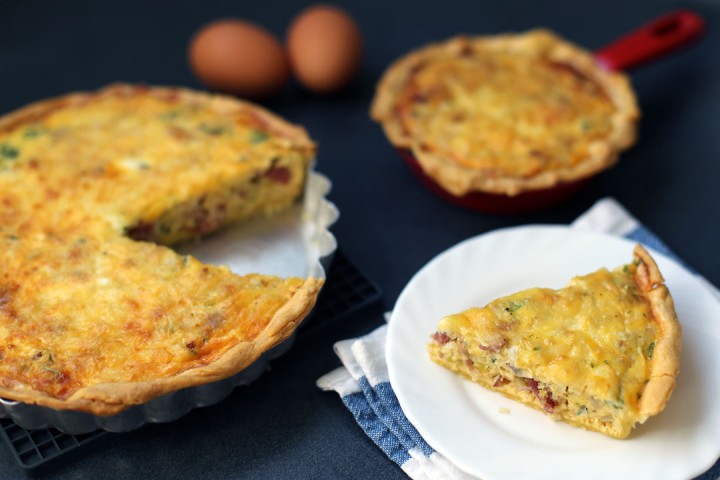