Bingkasol basically a cross between two famous Filipino rice cakes, the Royal Bibingka and the Espasol

I guess you haven’t heard of this recipe yet, I won’t be surprised because it’s my wife’s creation which she only made a couple of weeks ago. So what is it? Bingkasol basically a cross between two famous Filipino rice cakes, the Royal Bibingka and the Espasol , so I guess you now know where the name comes from.

How does it tasted? Well the first trial was when we brought this in a small Filipino community gathering, when we served it there was a lot of confusion on their faces, I know they cannot decipher what kind of kakanain (rice cake) this is because it looks something new. When they had a bite it even confused them more, some said it was Royal Bibingka some said it was Espasol until I told them what it is. Anyways the bottom line is that they all agreed that it tasted great and it was gone in a matter of seconds.

This recipe was a big hit which means we will be making a lot of this in the future perhaps improving on the recipe like adding coconut strips to give it more of an espasol feel at the same time give a different texture so watch this space.

Before we go on to the recipe Ang Sarap and Tuttle Publishing is giving away 3 books which contains Little Vietnam plus your choice of 2 books (worth US$20.00 and below) from the Tuttle Publishing range. Competition is open for 2 weeks and we accept entries worldwide, just fill in your details on this competition page to join..


What are you waiting for join now to win the book of your choice!

Bingkasol basically a cross between two famous Filipino rice cakes, the Royal Bibingka and the Espasol 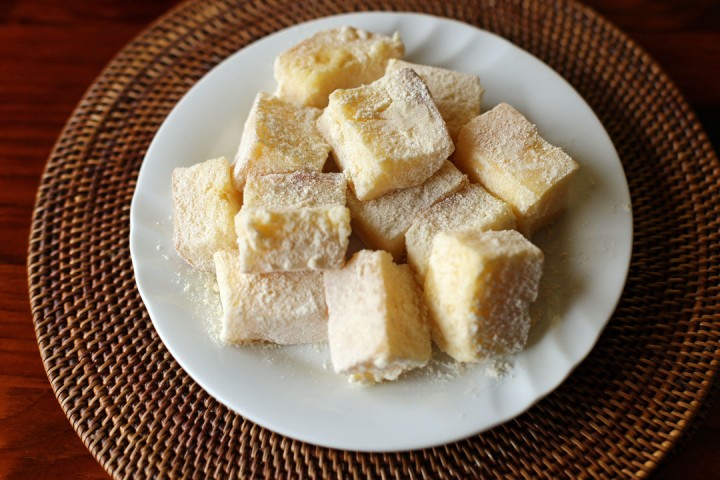