TechEd Food, everything you need to expect culinary wise when attending TechEd conference. What dishes are served during snacks, lunch, dinner and night parties.

Once a year I am lucky to attend events like this, TechEd in New Zealand is one of the largest IT conferences in the country held during September. It is a 4 day event which starts on a Tuesday where it is kicked off with a Keynote at Vector Arena. After that it was party time and this year it was Black Seeds who performed.

Day 1, the event was held at Vector Arena, I arrived late as I have to finish work at 4:30 and the event starts at 4:00. When I arrived finger food started to flow as well as the drinks. There were lamb meatballs, burritos, pork belly sliders, fish cakes, pulled pork sliders, some sort of grilled eggplants with tomatoes, risotto balls, etc. 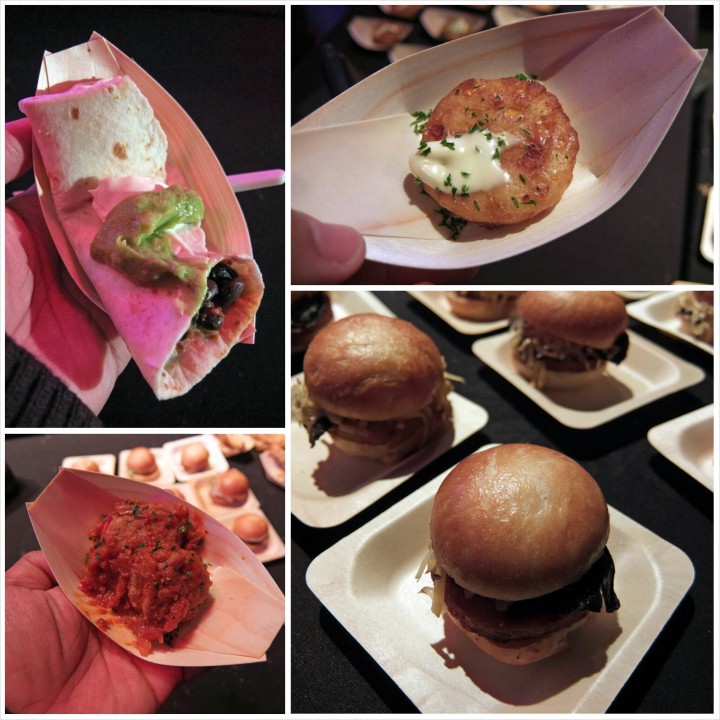 The best of the bunch for me was the lamb meatballs and pork belly sliders. I think I had two servings of those meatballs, they were amazing. I don’t eat lamb that much but this one certainly made my palate happy.


While eating, drinks were served but I missed the specially brewed beer for the event called TechHead, it was gone really fast so I opted for some red wine, merlot to be precise and had a couple of it. While all of this are all happening, acrobats performed on the stage, on the sides and just about everywhere. 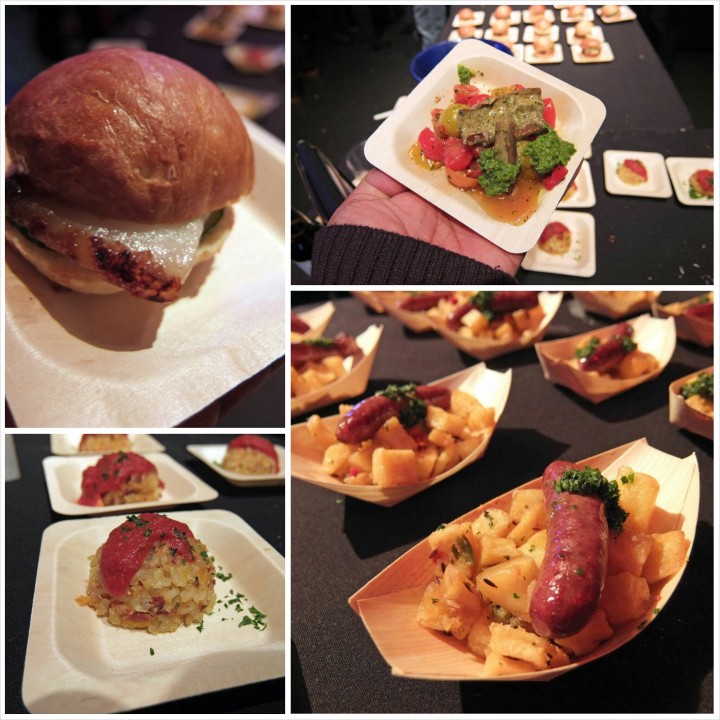 Across the place was just like a circus, there were heaps of arcade machines and food stalls where you can enjoy unlimited supply of popcorns, frozen yoghurt, candies and cotton candy. 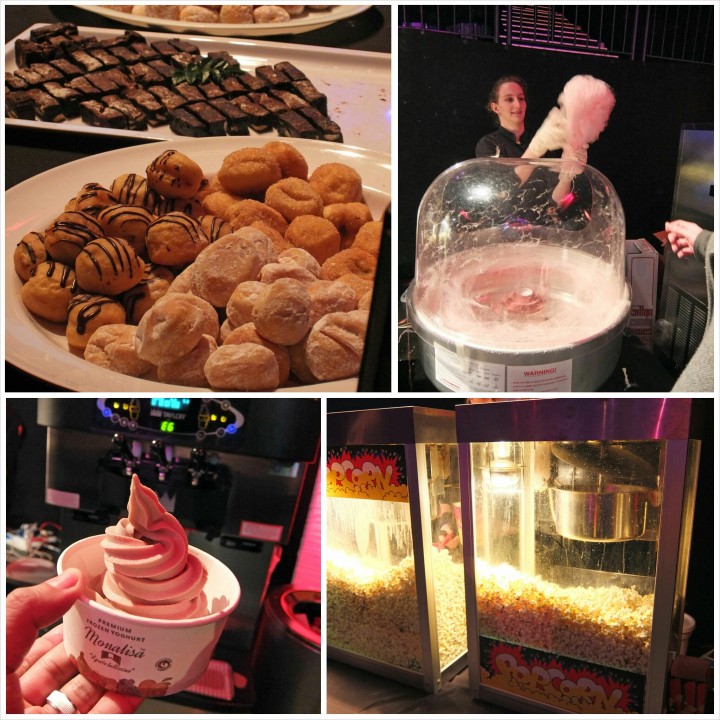 After going around and checking everything munchkins (doughnut holes) were served then the main event started.

Day 2, I did not drink that much so I can enjoy the next following days, after all I am here to discover and learn new tech stuff that I will eventually use for work. Daily there were 6 sessions where a delegate can attend topics ranging from Developer, IT Pro, Architecture, etc. I usually go to Developers and Innovation Tracks. Mostly after a track there were breaks in between where a meal is served. A total of four meals were served during the whole day, morning tea, lunch, afternoon tea and leaving drinks.

First food for the day was morning tea, chicken coriander sausage rolls and some sort of chocolate fudge brownies topped with raspberries was served. 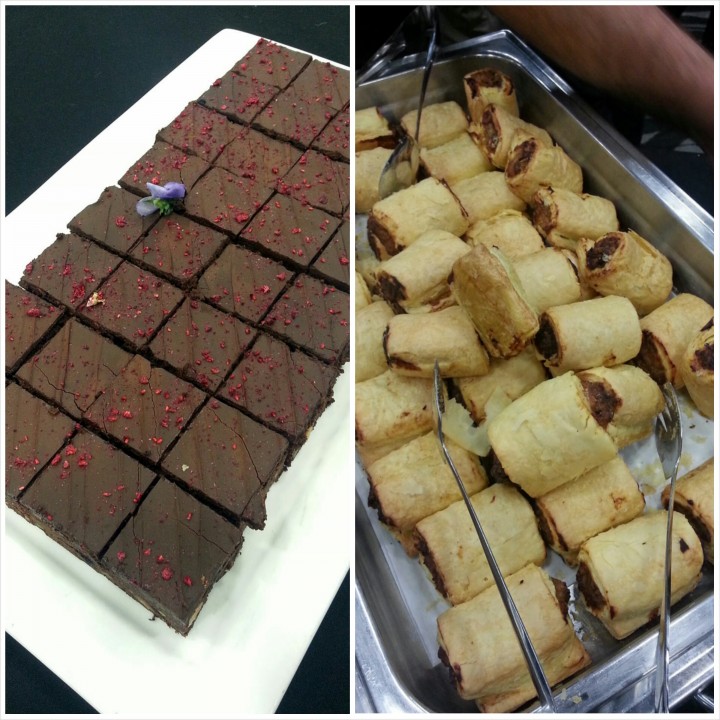 I love the sausage rolls, it’s quite a change from the normal ones which are filled with beef sausage meat.

Then this what was served for lunch, there were lot of options but I never had tried them all. What was prepared were different salads, seared tuna salad, steak on couscous, roasted beef medallions and potatoes, wagyu beef sliders, roast baron of beef with horseradish and red wine jus, steamed salmon and Asian greens. 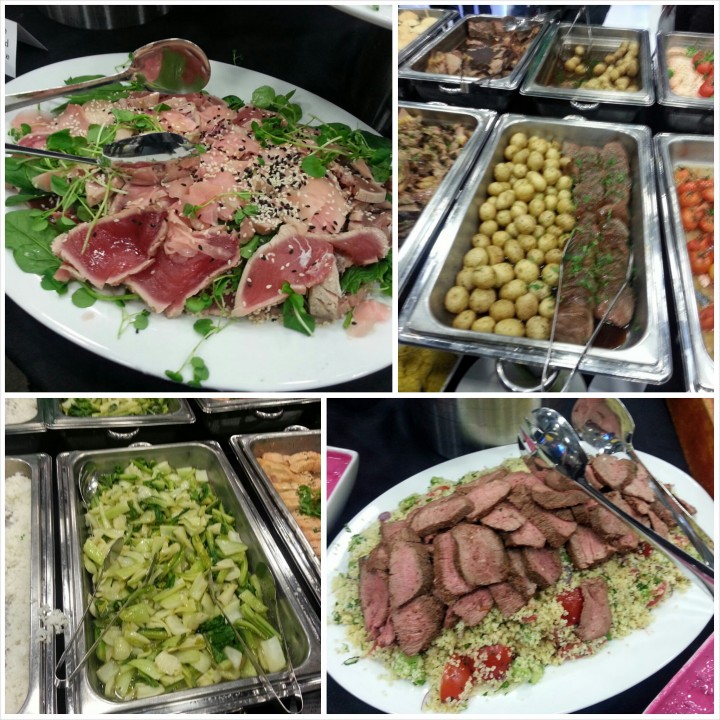 What I like here was the salmon as well as the tuna but having said that everything was great apart from the bun they used on sliders which is quite dry.

Dessert was fresh fruits and some lemon meringue tarts, there were others but I don’t remember what they are as I did not have them. 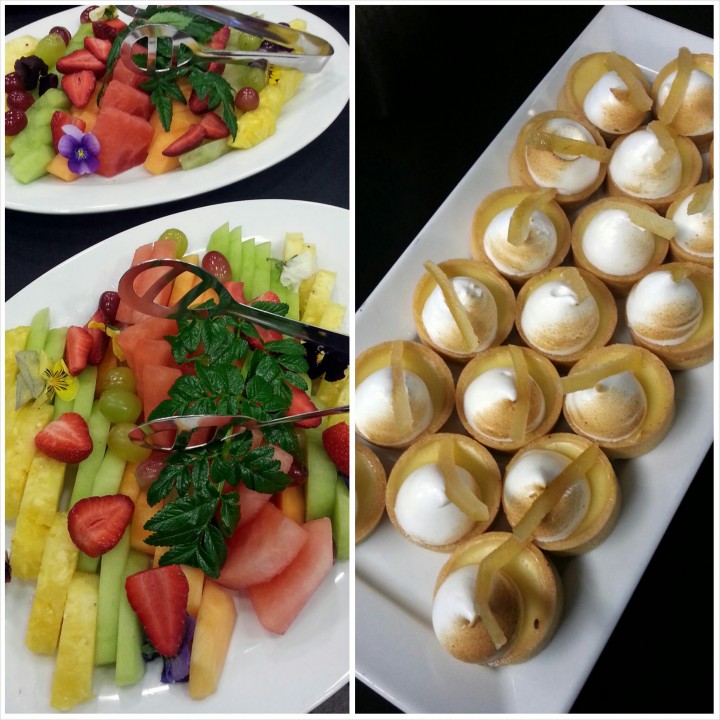 And here is my plate shot of Day 2’s lunch, you will see I did not have or have less carbs because I don’t want to sleep on the next sessions.

Afternoon tea were raspberry tarts and other pastries that I did not have photo again, there were also some fresh fruits. 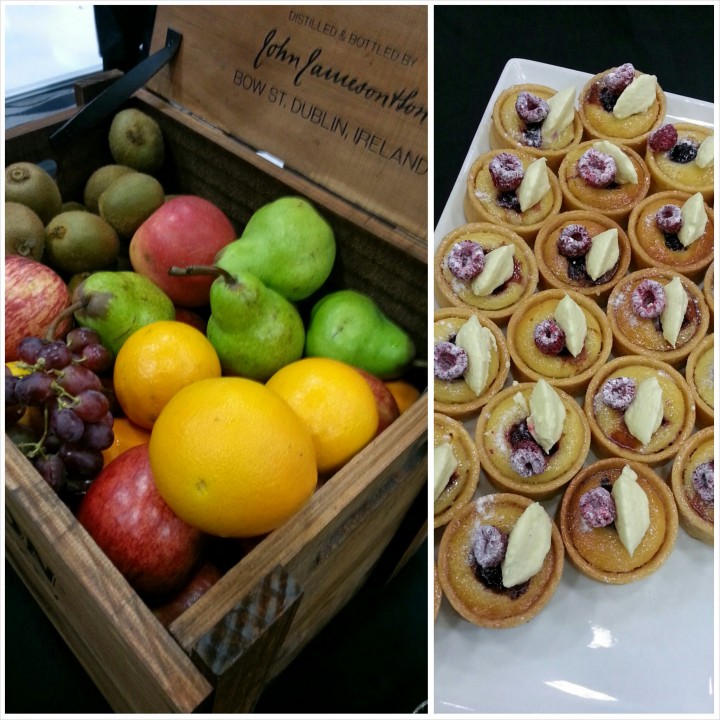 Day 3, I am wondering what dish they are serving today. Anyways I forgot to mention above that there were unlimited supply of coffee throughout the day so you can have those flat white, mochaccino, latte, long blacks etc. These were sponsored by Fujitsu and Commvault. If you are not fuzzy with the type of coffee you drink then there are ready made brewed ones all over the place so you don’t need to queue.

So what’s for the morning tea this time? There were two options which was dark chocolate tarts and croissants filled with tomatoes, basil and cheese. 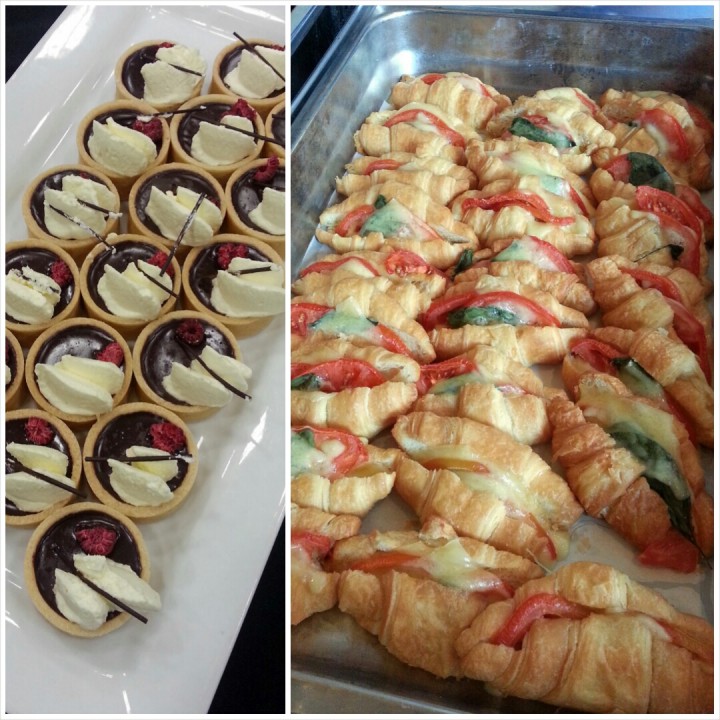 The croissants was really delicious and its as par as the best ones I tried in Europe, its milky, buttery, soft and flaky, the cheese used was also perfect.

Then there was lunch, I had a lot of salad today I love the choices. Beetroot Feta, Caesars and Tomatoes Bocconcini. I tried them all. 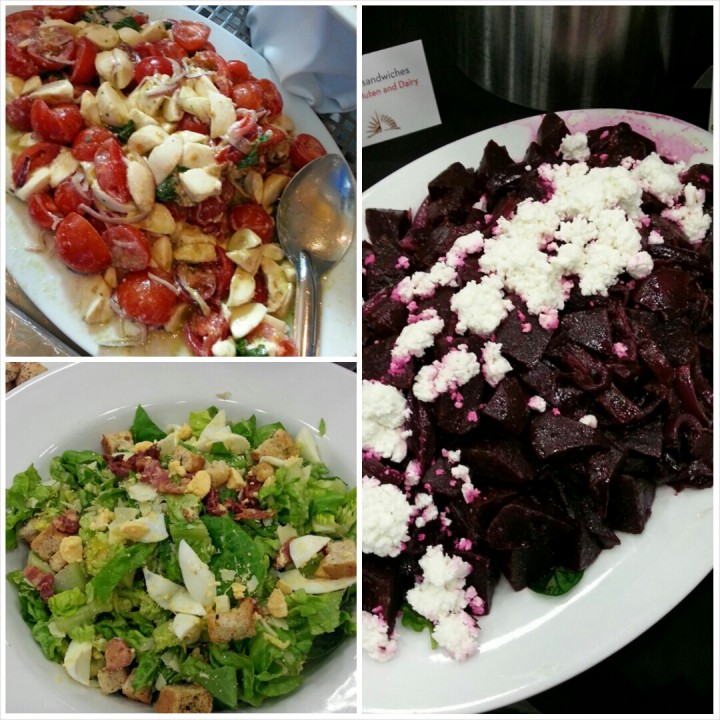 Mains were Gourmet Sausages with Mashed Potatoes, Vegetable Moussaka, Beef Stroganoff, Roast Pork and some Chicken Sliders (not too sure). There were some more but again I never had a photo of it. 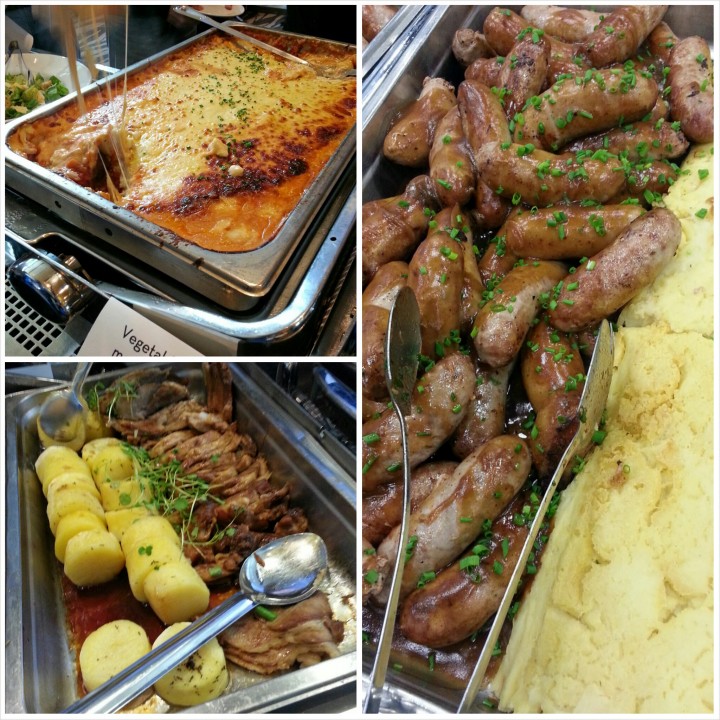 The Vegetable Moussaka was the star this time, I love how silky the béchamel sauce was. The gourmet sausages we great as well, I wonder if it’s made by the hotel or bought somewhere.

And here is the shot of my lunch plate on Day 3.

For afternoon tea they called it Kiwi favourites and these were caramel slices and ginger slices, I was too full with the Vegetable Moussaka so I opted not to have an afternoon tea. 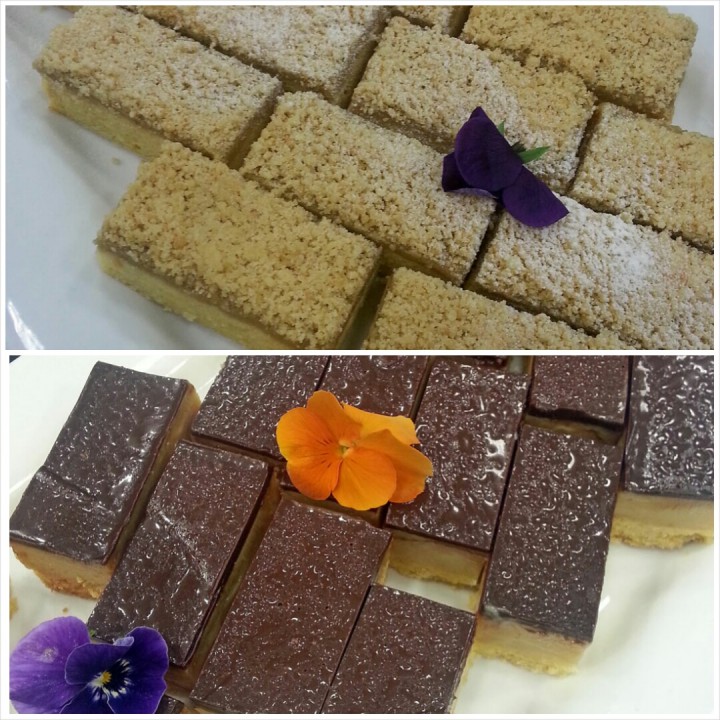 During the day there was also some candy carts where you can grab as many as you want, I had some but not a lot as sugar is quite bad to your health.

Final Day, now you might be wondering where there drinks during the event? Yes there are! Each delegate have and unlimited choice of bottled water, soft drinks on vendo machines, wine and beer on the afternoons and Microsofts own drink stand which offers some geeky named drinks like Lync and Lemon Ginger, Cherrypoint Pomegranate, Wild Windows Hibiscus and Lemon Raspberry 8.1 all of which served with a reusable portable drinking bottles. 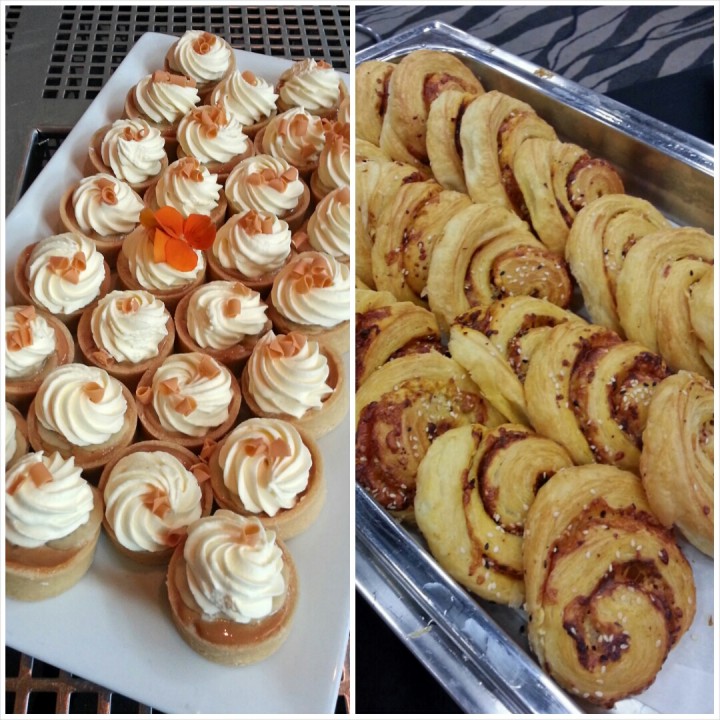 For lunch let’s start with some salad, it was Fattoush and Greek Salad for today. 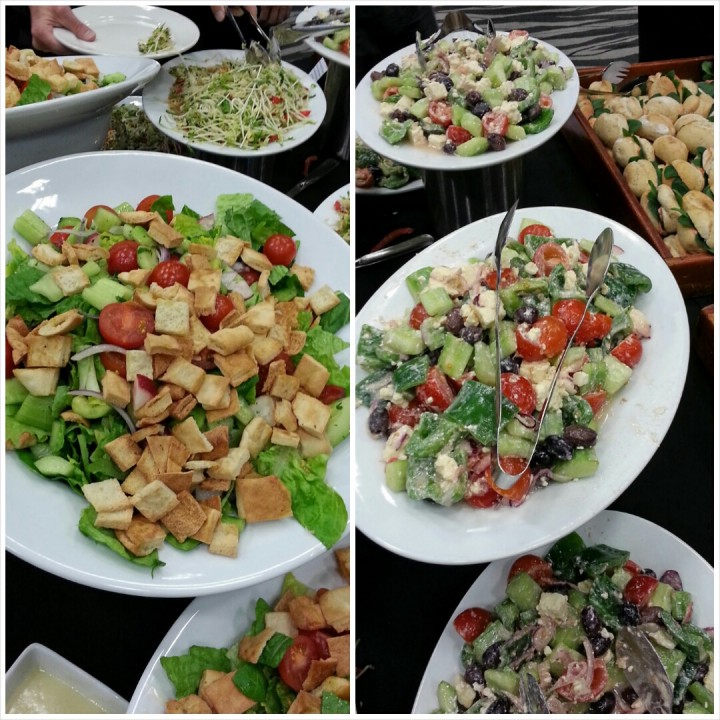 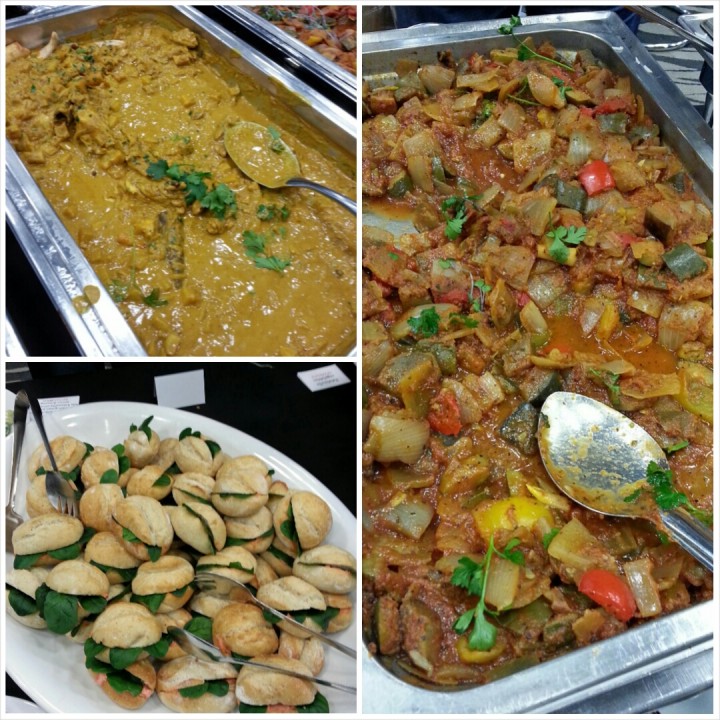 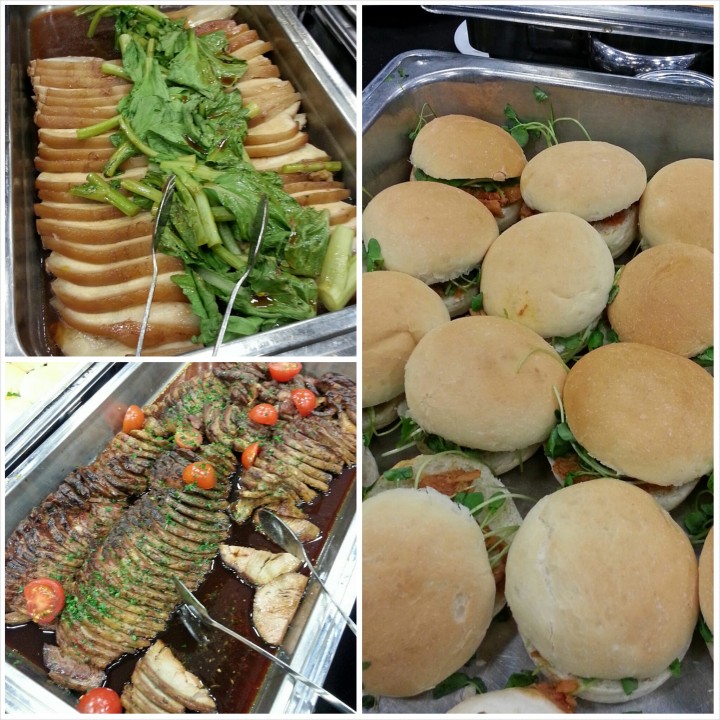 As expected I loved the Chicken Curry, it’s not that spicy but it was seasoned well, right up my alley especially with that hot steaming rice.

For dessert it was the same mousse on chocolate cups as well as some rich chocolate slices. This is my plate shot on Day 4.

On the afternoon there was no tea time more of a cocktail party as the event is nearing to its end so everyone hanged out in one location we called the Hub where everyone enjoyed beer and wine while waiting for their names called hoping they won amazing prizes drawn at random like Quadcopters with camera, Go pros, Microsoft Surface, Lumia Phones and Xboxes to name some. And to enjoy the drinks wagyu beef sliders and goat’s cheese with caramelized onion tarts were served. 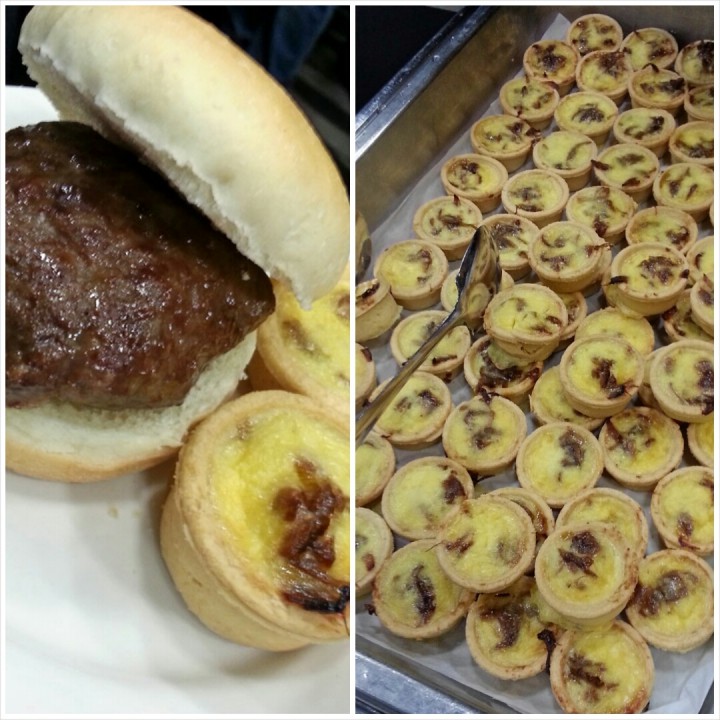 After 4 days of tech sessions and food I feel that I will have a brain overload at the same time a food coma, look at all those dishes served to us, apart from one or two bad ones everything was great. And yes most of the tech events here in New Zealand looks like that event the Sharethepoint conference  have good food as well.

Now I have to wait another year to have something posted like this again, till next time!