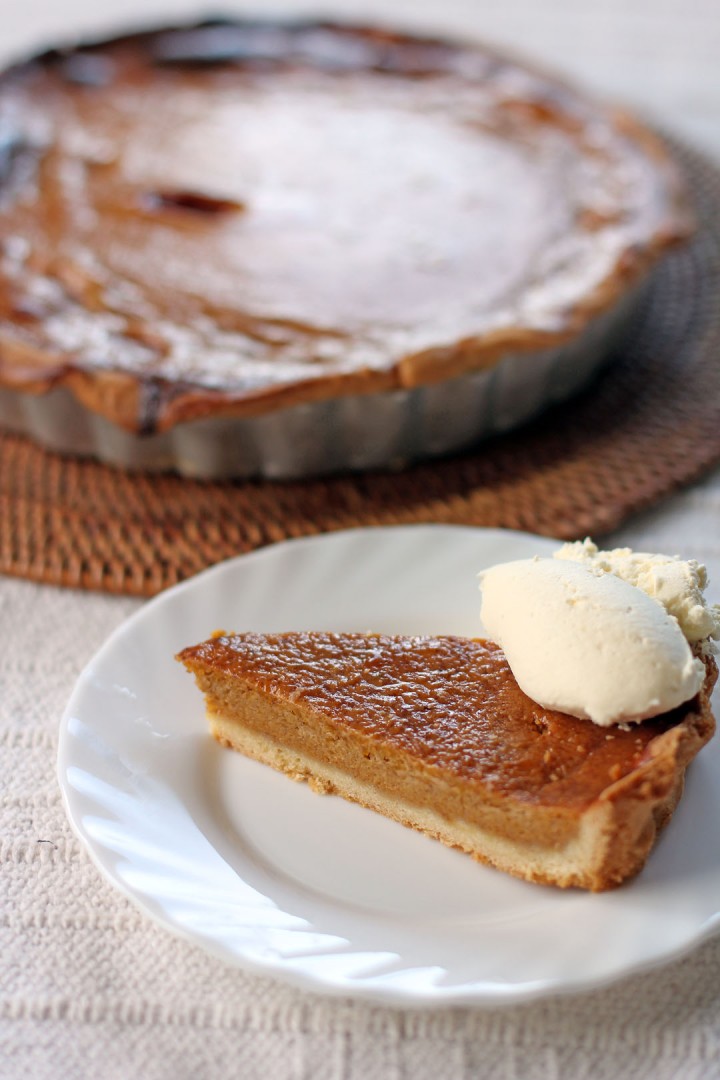 Pumpkin pie is a pumpkin based custard basically made out of mashed pumpkins, milk, eggs and spices like cinnamon and nutmeg baked in a sweet pie crust served with whipped cream. Usually pumpkin pies are served during fall in the United States and Canada more specifically Thanksgiving and Christmas.


Origins of this dish dates back to the time of the original settlers in America. As they observe Native Americans they saw the extensive use of pumpkins in their cuisine. These settlers then develop desserts made out of these then the pumpkin pie was born. Initial versions of pumpkin pie just use pumpkins and milk without spices, it was added later on.
Pumpkin pie did not become a common dish to prepare during Thanksgiving dinners until the early nineteenth century.

Making this is quite easy specially with the store bought short crust pasty you can make something in less than an hour and if you don’t like pumpkins at all you can just simply replace it with the same amount of sweet potatoes, yam, purple yam or even potatoes.

Pumpkin pie is a pumpkin based custard basically made out of mashed pumpkins, milk, eggs and spices like cinnamon and nutmeg baked in a sweet pie crust served with whipped cream.

To prevent the pie crust edges from burning when it starts to brown cover edges with aluminium foil.
You can cook your pumpkins in multiple ways, boil or steam them until soft or you can bake or grill at 180C for 45 minutes for extra flavour. 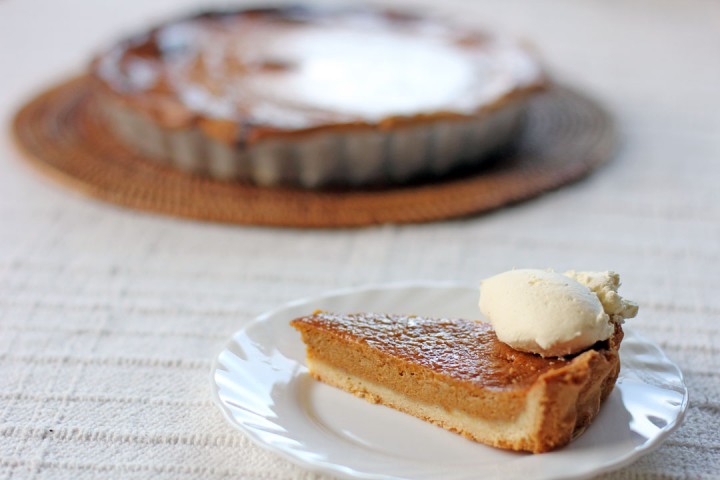