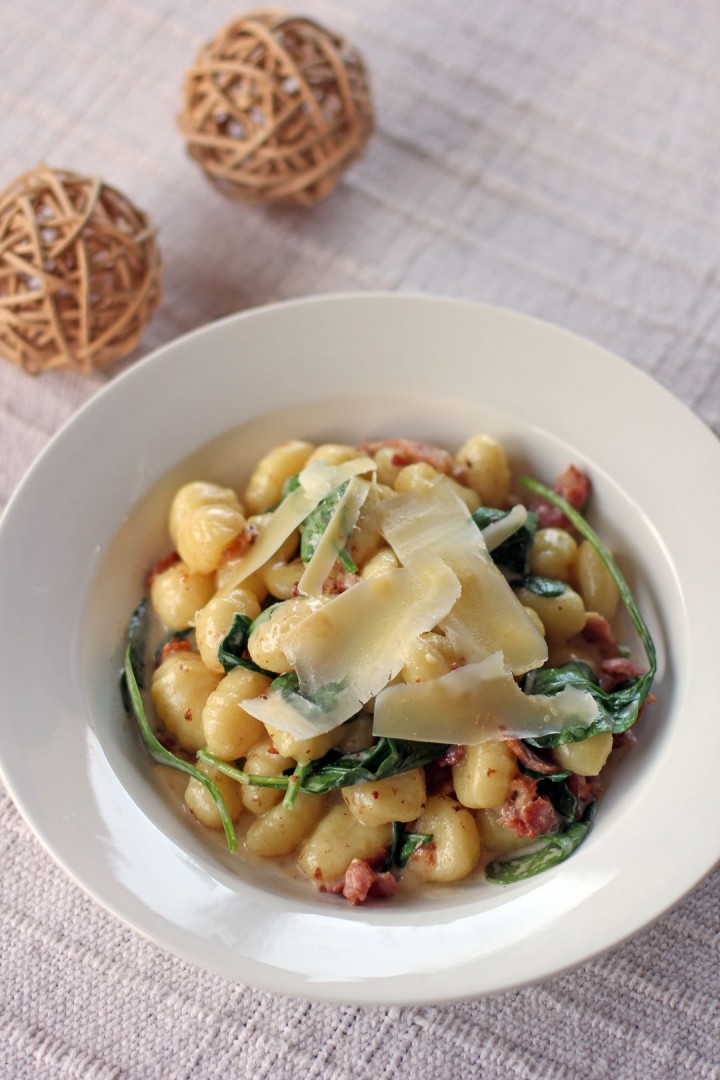 If you love creamy pasta dishes then this Creamy Bacon and Spinach Gnocchi is so right for you, the salty crispy bacon and in creamy sauce that coats the potato gnocchi is a pleasure for your palate. Using store bought potato gnocchi making this for dinner is really easy and does not need a lot of ingredients, in less than 30 minutes you will have a nice proper dinner served on your table. Match this with some sour dough toast with butter and you are all sorted.


Before we go ahead with the recipe let’s see what the history of this pasta, or is it really a pasta knowing that it contains potato. Gnocchi is very popular in Italy but its origins come way back since the Roman period from the Middle Eastern countries where it was introduced to those regions by the Roman legions when the Rome Empire was in its peak. These countries develop their own specific dumplings similar to the modern gnocchi where they use the locally grown ingredients. Initially potatoes were not used until the 16th century when it was introduced in Europe.

Cooking gnocchi is similar to cooking pasta where it is dropped in boiling water. The most popular preparation though is just simply cooking it in butter with garlic having said that the preparation is nearly the same hence most of the pasta sauces can be also used in gnocchi, like our recipe today where you can just replace the gnocchi with any pasta and it will still work and definitely taste similar.

If you love creamy pasta dishes then this Creamy Bacon and Spinach Gnocchi is so right for you, the salty crispy bacon and in creamy sauce that coats the potato gnocchi is a pleasure for your palate. 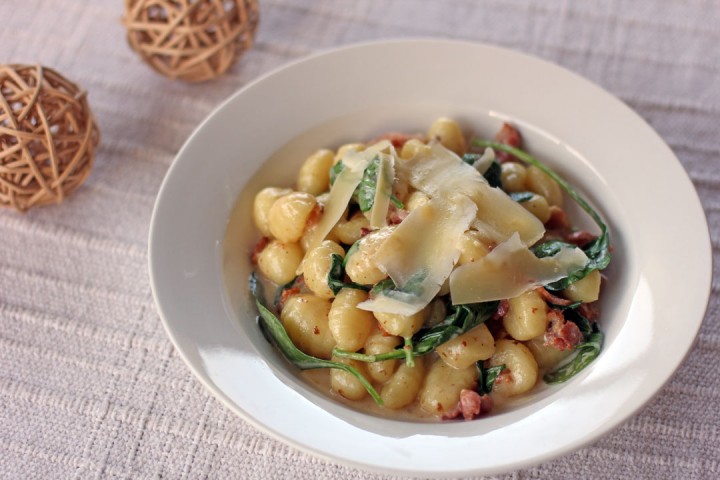