The place where I work knows how to throw a party not just here in New Zealand but in a Global scale, in fact we throw the biggest corporate ball in New Zealand in a yearly basis and top employees are sent to an annual ball held on a certain country they want to party in. To give you some idea the last five global balls were held in Paris, Singapore, Las Vegas, Cancun and Macau and the company rents big hotels to keep all the top employees in one location. During these events a lot of alcohol are consumed as they are free flowing. To add to that in most major events popular personalities are invited like bands, rappers and sports stars. Each ball have a theme and this year was Bootleggers, there was good entertainment and everything was themed properly, even employees are required to dress up for the event.

It does not stop there we also have quarterly parties on our department, conference nights and others like Christmas party. With a great party definitely food is also taken seriously and for today’s post I will share you what was served on this year’s annual ball.


It was all started with a series of entrees served in one group platter and here is what’s on it: Tamari and Maple Glazed Almonds, Spiced Bloody Mary Shrimp Cocktail, Petit Chicken Waldorf Crostini, Gazpacho Shooter Spoon with Smoked Salmon and Chive Mousseline, and Marinated Queen and Kalamata Olives. 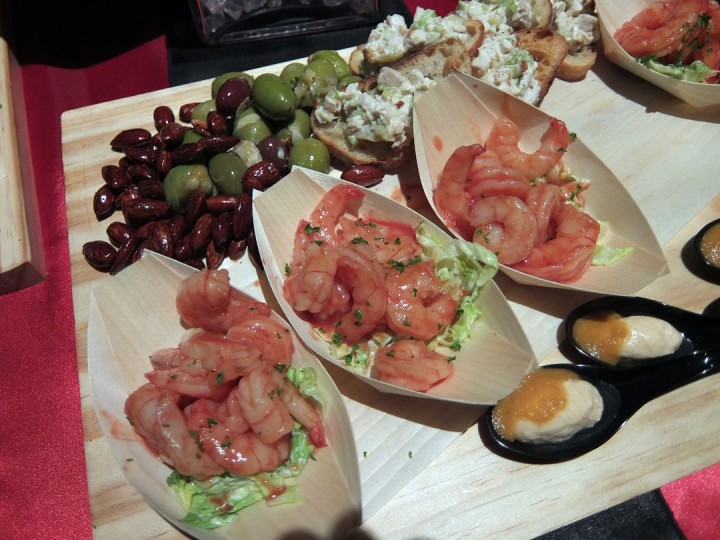 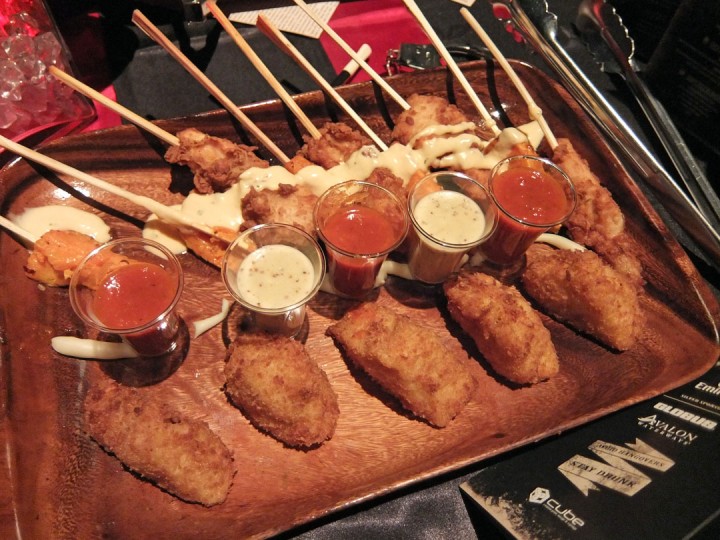 On its side were Provencal Potatoes, Braised Baby Peas with Romaine and Bacon, Roasted Peppers, and Green Beans and Mushrooms. Honestly this was a mixed bag of emotions as to be frank the Rib Eye my colleagues made for our team building activity was much better than this one specially the béarnaise sauce. Though I can understand their situation, serving 2000 people is a big task and maintaining the standard of what goes in the plate is quite impossible, especially when you take into consideration these should almost come out of the kitchen all the same time and making sure it is served in the right temperature. Why I am saying that is because there were two platters of meat on our table and they were seasoned differently as the other is plate of meat is not as tender as the other. 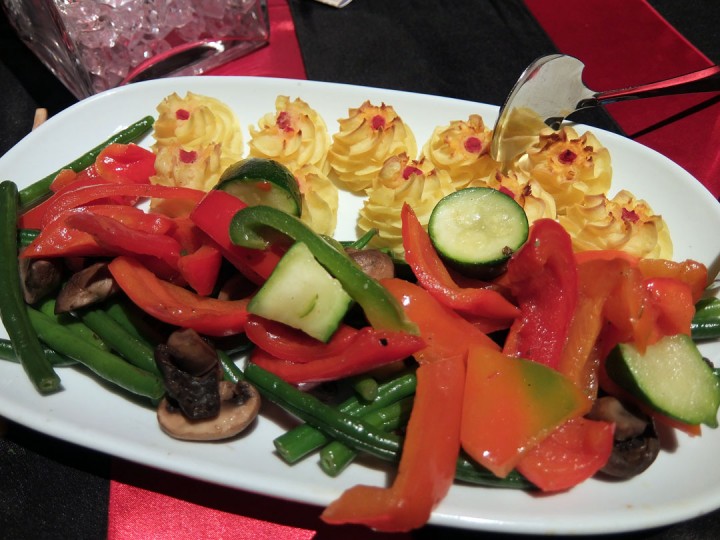 Next course was the dessert and it was served differently this year, usually it was served on the table but this year is like buffet style. So here is how it looks like 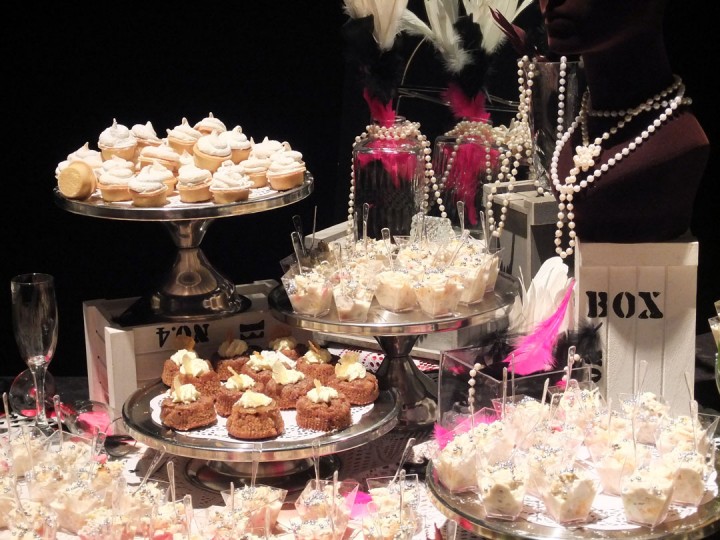 From another angle, and this is just a part of a huge buffet table setting.

So what are these desserts?
First are the chocolate brownies which is so sticky and moist. 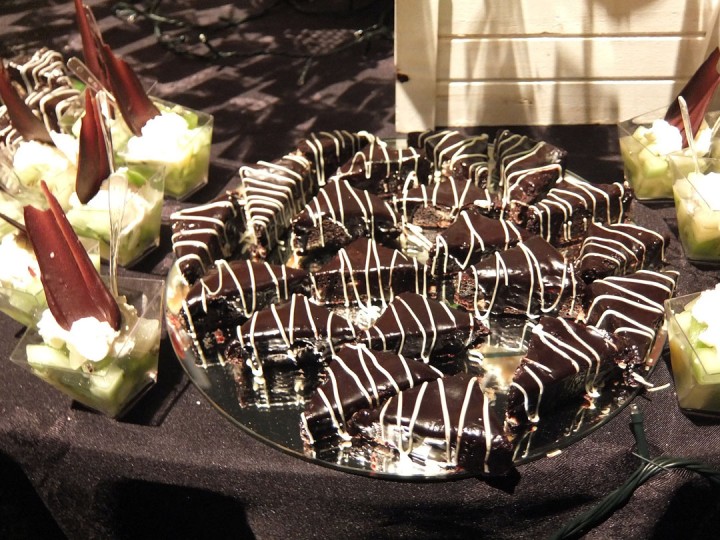 Then this cinnamon pumpkin meringue tartlets. 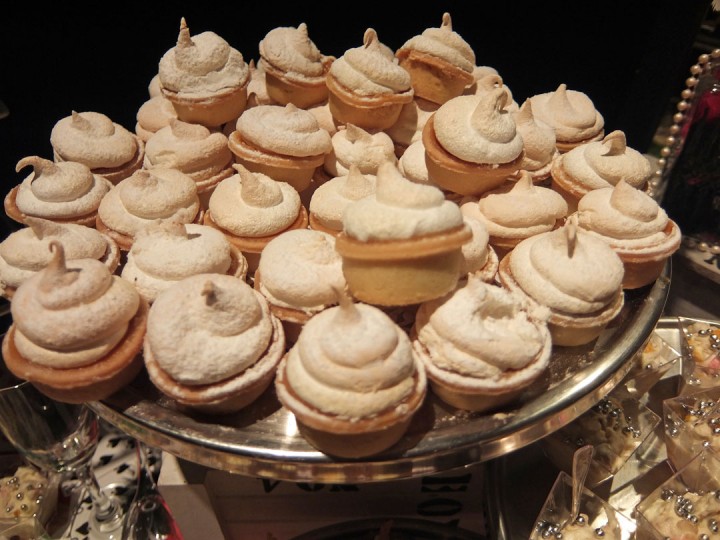 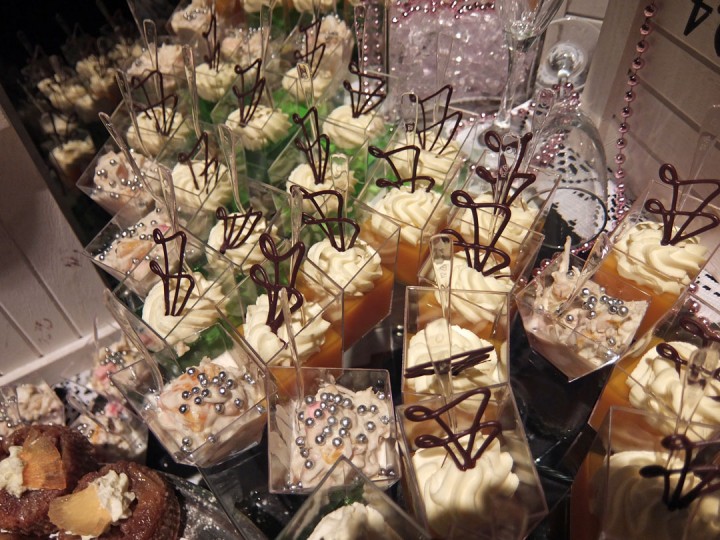 And some pineapple ginger pecan cake which tasted amazing!

On the past after dinner they still continuously serve food like ice creams, savoury pies, hotdogs, etc. This time I did not stay up that late so I didn’t know if supper was served but as usual there might be some odd imperfections but I enjoyed my dinner.

How about you does your company know how to party like this.