Macarons as we know all know is a popular French food, it is made out of two almond meringue cookies filled with a layer of either buttercream, jam, or ganache. 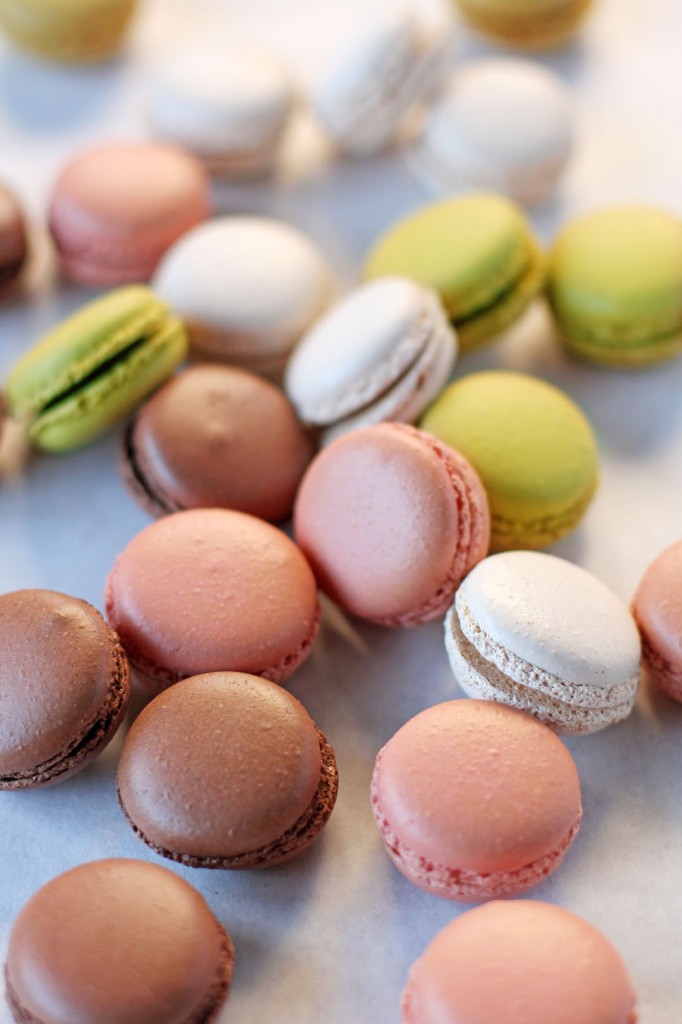 I guess I don’t need to explain what this is a this is one of the popular food items this last two decades, it’s so popular you can now buy them everywhere even in McDonalds but is this confection a new thing? Why did it only show lately? Is this what they call the new cupcake? Well I guess cooking shows can be attributed to its current popularity alongside its attributes that made cupcake popular like the variety of colours and flavours and the diminutive size that does not interfere with a good diet.

Macaron as we know all know is a popular French food, it is made out of two almond meringue cookies filled with a layer of either buttercream, jam, or ganache. It was said that this sweet confection was created in 791 in a convent near Cormery a commune in the Indre-et-Loire department in central France. But some say that it was brought from Italy to France by Catherine de’ Medici’s Italian pastry chefs during the 1533 when she married Henry II of France. Then on 1792 it started to become popular when two Carmelite nuns called the “Macaron Sisters“, seeking asylum in Nancy during the French Revolution, baked and sold these cookies in order to pay for their housing. The macarons they sold was nothing similar to the ones we have now as they don’t have a variety of flavour nor its filling. Then in the 1830’s it started to resemble the macarons of today where it is served in pairs where jams, liqueurs, and spices are sandwiched in the middle.

Macaron can look intimidating especially when you watch how it’s made in cooking shows but once you get the hang of it, it’s quite easy. For this post I will give you a really simple recipe for the four of the most famous flavours, the chocolate, vanilla, pistachio and raspberry.

Macarons as we know all know is a popular French food, it is made out of two almond meringue cookies filled with a layer of either buttercream, jam, or ganache.

Macaron recipe makes roughly 20-30 pieces depending on the size you make, you can fill it with anything below.
Colour your macaron according to the flavour you want to use.