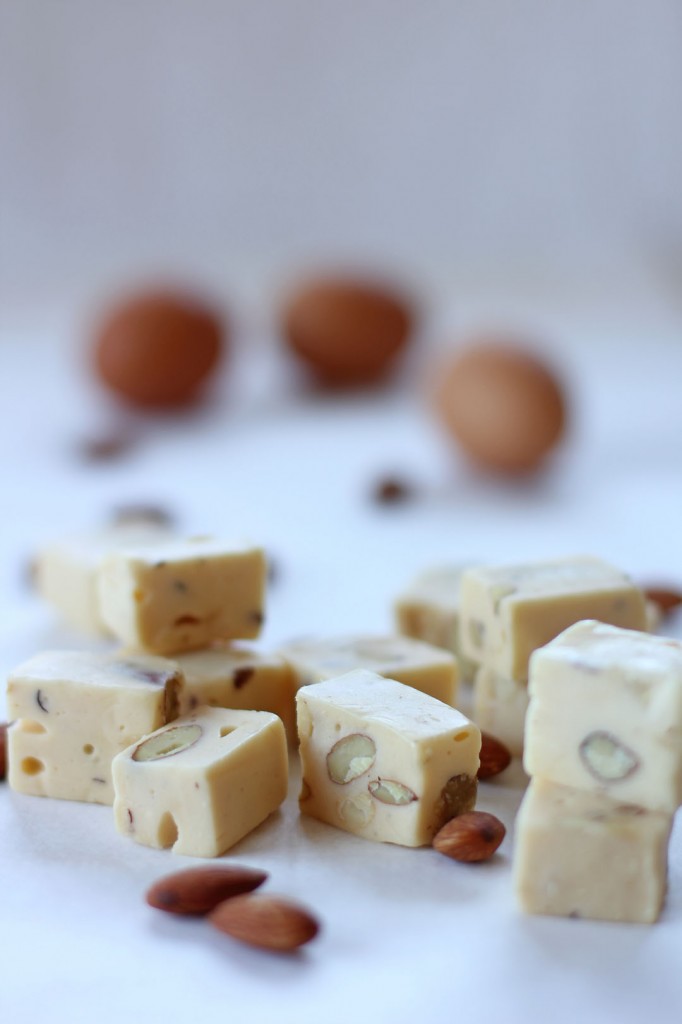 Nougat is a type of confectionary made out of sugar, honey, egg whites and nuts usually served shaped as a bar or a cube. There are three types of this confectionary where it differs a lot in colour, the most common one is the white nougat, the second is a brown nougat which does not use egg whites making it firm and crunchy and the third one which is called Viennese or German nougat where it contains chocolates.


It’s hard to tell where the Nougat really originated as the French, Italians and Spanish have their own versions but their creations we never recorded. All we know is that it definitely originated in Southern Europe and it is commonly associated during the Christmas season. It might look intimidating to make because we are talking about extra hot sugar blended into something delicate like egg whites but trust me it’s not as hard as it looks.

Nougat is a type of confectionary made out of sugar, honey, egg whites and nuts usually served shaped as a bar or a cube 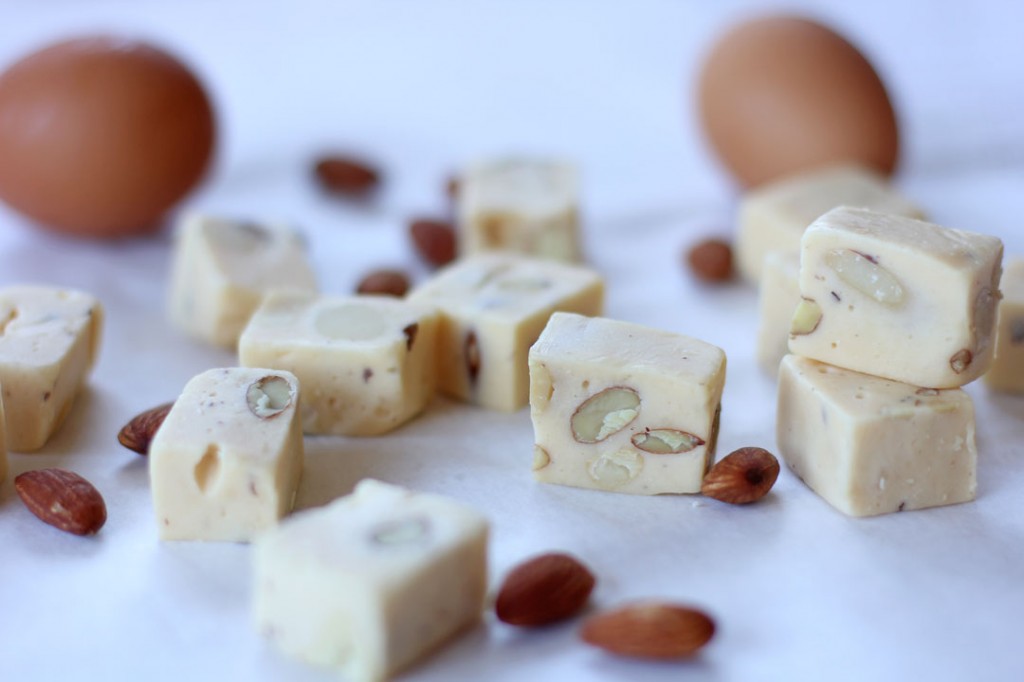