Chicken Satay is a type of skewered marinated chicken meat served in thick sauce flavoured by coconut milk and peanuts. 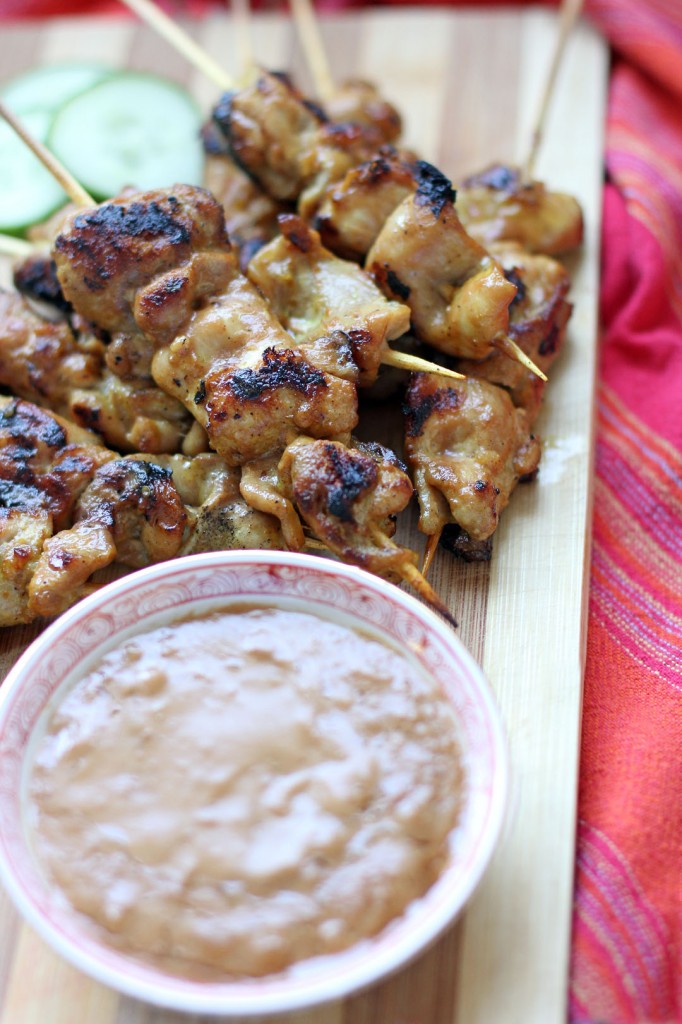 Satay is a type of skewered marinated meat served in thick sauce flavoured by coconut milk and peanuts. Though it is most frequently associated as a Thai dish satay originated in Java, Indonesia and considered to be their national dish. It was invented by street vendors during the 19th century when there was a huge influx of Arab immigrants in the region, for the locals it was an opportunity to earn more. Initially meats that were used are mutton and beef as these was favoured by the Arabs, and traditionally there are four pieces of meats placed on each skewer.

With modern satay, chicken is more widely used and if you visit Indonesia or Malaysia you will see a lot of these sold in the streets, I suggest if you come across these street vendors is to try them out as they are so affordable and so delicious, eating it on the streets is the best way to enjoy an authentic satay, freshly cooked in front of you while inhaling that wonderful smoke coming out of that grill.

Chicken Satay is a type of skewered marinated chicken meat served in thick sauce flavoured by coconut milk and peanuts.

For your bamboo skewers not to burn while grilling soak it first in water for at least two hours before using.

You can buy dark soy sauce in Amazon, here are some links: