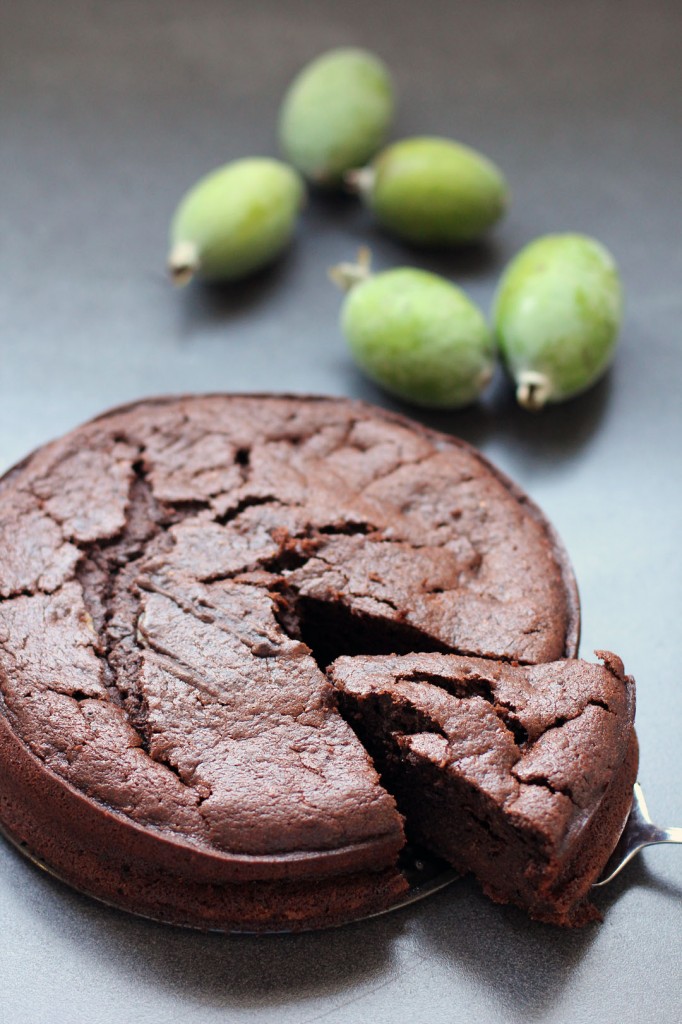 I never knew we had a feijoa tree until a friend of mine wandered around our backyard last year and saw this small tree, when he saw it was out of season so the last of the fruits were already rotting on the ground or had been consumed by the birds. This means I have to wait for a full year before it bears fruits again, today the day of the year has come and it’s harvesting time. I never seen a small tree bore fruit that much, for a 6 foot tree in my approximate it bore around 30-40 kilos of fruits and 85% of them we in good state. The first time I tried that fruit from my tree I was surprised as it was the sweetest feijoa I ever had tried so I shared most of them to friends and officemates but left some for my own.

Feijoa for those who are wondering, is a fruit that looks like a small oblong guava in shape and colour, it tastes like a cross between pink guava, atis (sugar apple) and kaimito (star apple) with floral notes. The taste also lingers in your mouth and usually the pulp is the most prized part, the flesh is quite gritty hence some people don’t eat them. Harvesting the fruit is quite unique as well as you don’t get them on the tree, I was told by Kiwis that you need to let it naturally fall in the ground and that’s what you harvest and eat. I only saw this fruit in New Zealand and never in any countries I visited so I am assuming it only grows here and might be in the parts of South America similar to our climate. I really don’t like the fruit but a lot of Filipinos I know here crave for it but in cake form I love them, I still remember the day when my officemate introduced that cake to me, I told myself I will make my own version of this one but with hints of chocolate so the feijoa don’t over power. The day has come and here it is, Chocolate Feijoa Cake.