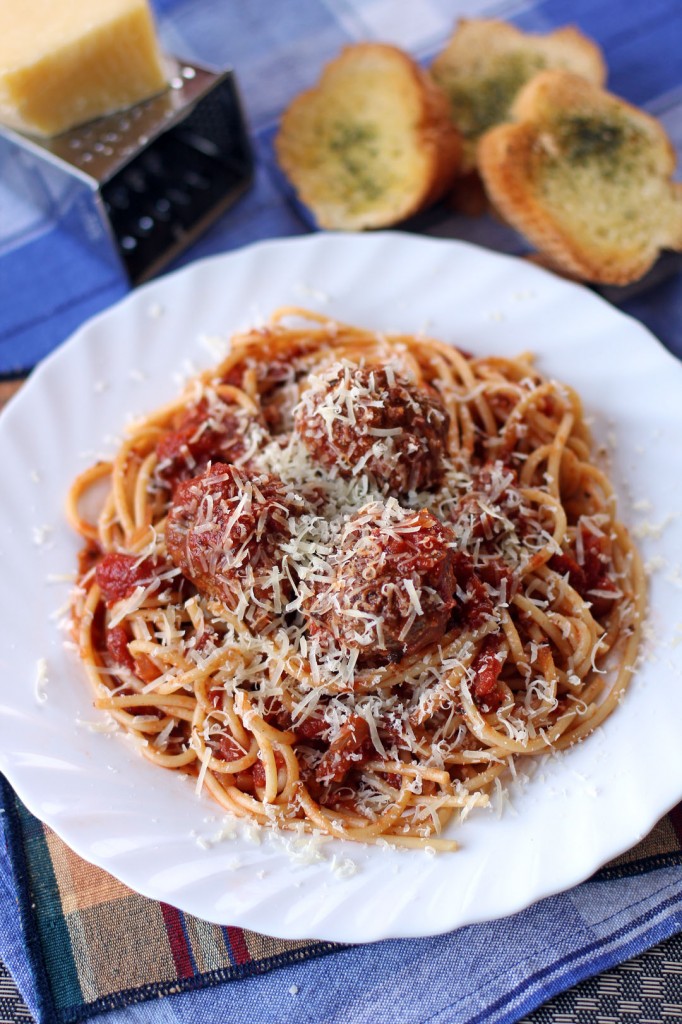 As the name suggest this recipe is made up of spaghetti, tomato sauce and meatballs, considered as an Italian-American dish but its origins is still unclear. Some said that this is a dish introduced and created by Italian immigrants in New York during the 20th century but there are some accounts that similar dishes in Italy pre-dates it, dishes where tiny meatballs are a common additions to pasta sauces in Puglia  and Sicily.

The first time I tried this dish was in Sbarro long time ago, I was intrigued by the huge meatballs that it came with so I ordered one, initially it was a shock for me as spaghetti in Philippines tends to be sweet rather than having a tomato sour taste, that was also the first time I was also introduced to the Italian cuisine that is why I was expecting a different taste. But later my taste buds had acquired the taste and loved it. A great simple pasta dish that usually is served with enormous meatballs (at least from the Italian restaurants that I dined in) but for this post we will be making that size a bit mouth friendly which also reduces the cooking time for the meatballs.