We discovered this restaurant a couple of weeks ago when we bought some vouchers from Groupy, I usually don’t trust restaurants and services from deals like this after some bad experiences from the past but this one was quite different and it all surprised us. I had some regrettable purchases before from websites like this but the last time I had bought something was more than a year now, I was thinking it might have changed since my last purchase so I jumped back in the boat and grabbed a deal.

Our friends were planning one time to have a group dinner in a buffet restaurant and one of them found this deal for a BBQ and Hot Pot Buffet that includes a bottle of Beer, Unlimited Soft Drink and Unlimited Fruit Juice, sounds too good to be true? Yes it sounded dodgy to me at first but we still grabbed it. After buying them we managed to book a date but with some difficulties due to language barrier as the place was operated by Chinese staff.


Now the day has come and as we were looking of the location along Dominion Road I feel that this will not turn out really good, the location is nothing fancy and the entrance is not on the main road but on the side streets. There was a welcome sign which says “$25.00 eech” (yes that’s how it was really spelt) and the road leading to it was dark. As we entered the place, it was a stairs going up and when we saw the premises all that funny feeling was forgotten as we were presented with a really clean and new premises, nothing similar to any cheap hot pot buffets I had dined in. The place looks really modern, there were ambient lights on the dining area, multiple big TV screens playing Asian MTV on the walls and well placed huge extractor fans. The food section was really clean and organized, the plates were spotless and the tables were clean. It does not even look like any Chinese restaurant.

We were seated by a friendly staff at the end, the biggest section of the premises as we were a group of 10. We were also asked whether we want a hot and spicy stock or a regular one, and since we had two hot pot sections occupied we chose both.

We then started to go down to the buffet section while the waitress started to fire up the hot pot on our tables. There were at least 8 different raw meat selection from beef, lamb, pork belly, chicken, fish, squid and cuttle fish to name some. 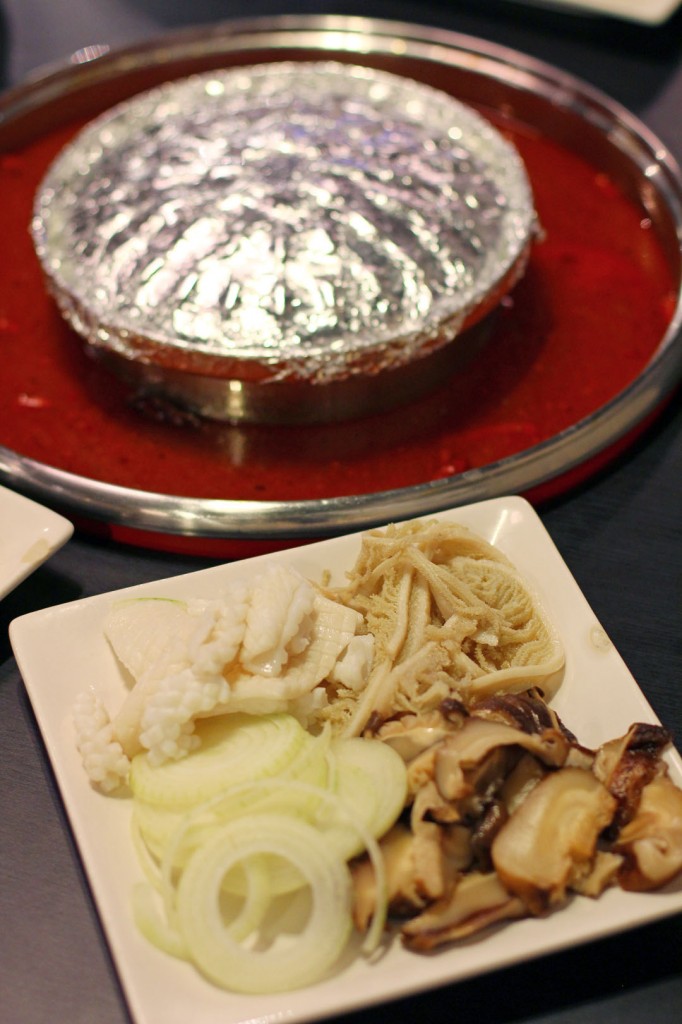 There were also at least 8 cold dishes for sides like different offal parts, tofu and some Asian Salad. 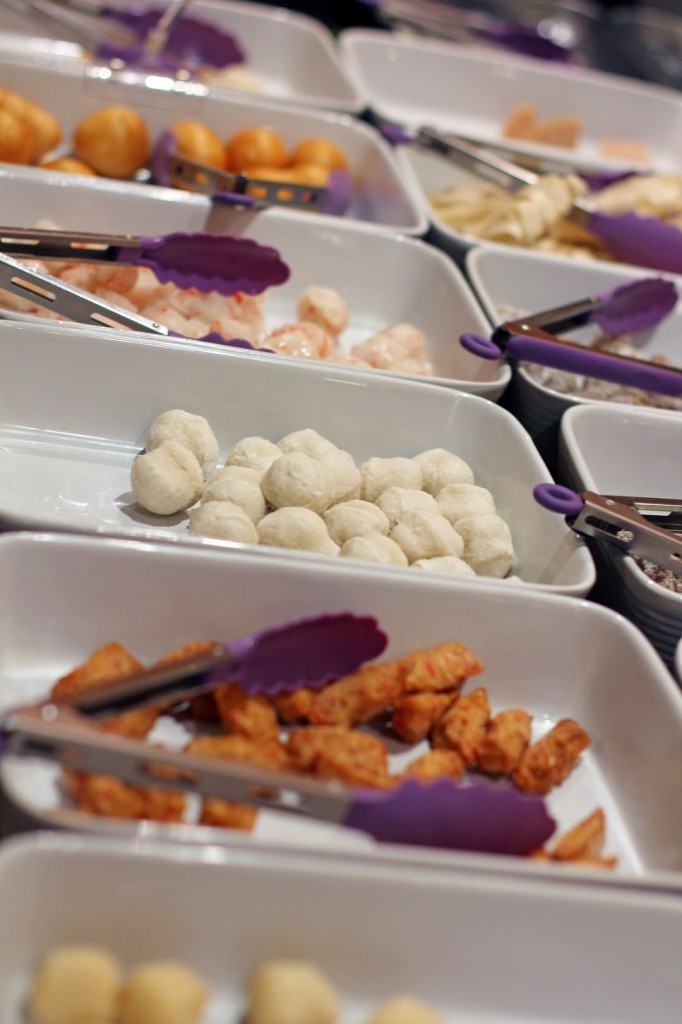 It does not end there as there is also a section for dimsums like shumai, custard buns, pork buns and dumplings.

Hot dishes are also present and if I can remember has 8 different selections as well from fried rice, chicken feet, pork trotters, pork ribs, fried battered fish, etc. And finally the dessert section which contains hot desserts like sweet mung bean soup and sweet corn soup, there were also some mango jelly and fresh fruits.

As for the drinks there is a lot of fizzy drink selection along with fruit juices, ice lemon tea and beer.

Now let the eating begin, I never tried the regular stock as I love spicy and I was at the end of the spicy table. The stock used was delicious and not really overpowering like the ones I tried before. The hot pot also is quite unique as there was a barbecue plate on top of it so you can barbecue meat at the same time. The marinated meats worked perfectly on the barbecue grill and the seafood was a perfect match for the spicy broth. 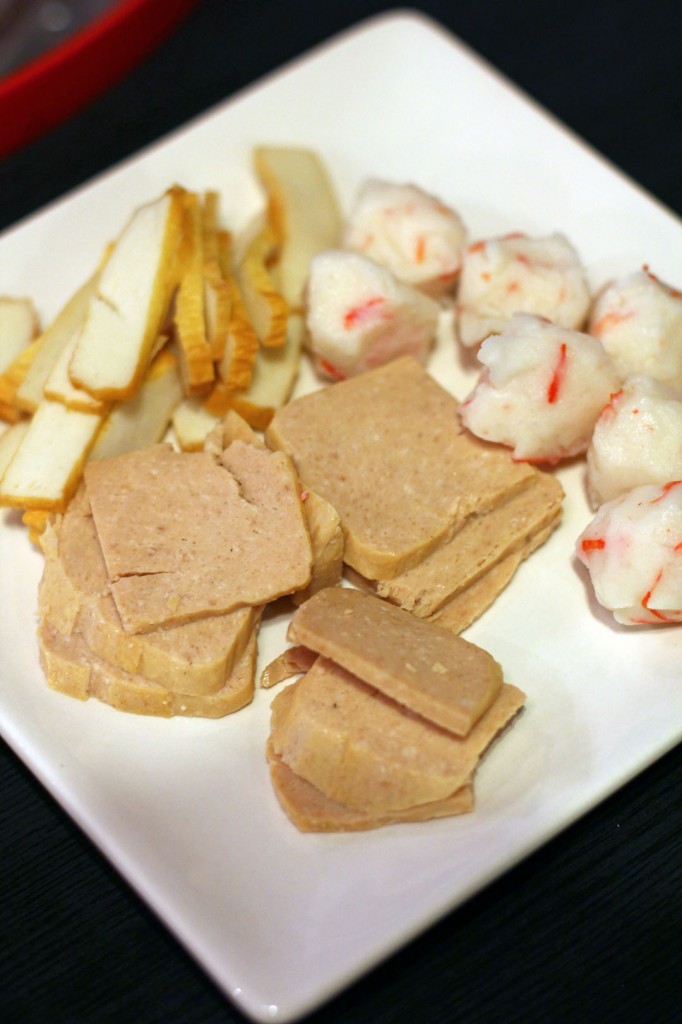 The cooked food was great as well but the one I liked most was their dumplings, it was so tasty I did not need any sauce with it. I noticed the kids that are with us ate a lot of the battered fish, I also gave it a try and surprisingly it’s not filled with batter and there was an actual fish on it, most of the restaurants tend to fill this with batter to make it bigger and fill you up faster.

We started at 7:00 PM and we finished at around 9:30 PM and we are all stuffed. We don’t have any complains on any of the food we devoured, it’s just all worth it even if we pay the regular price or even more than that and as a bonus before we left the area we were asked how was our food? Was it great? How do you find the place? These are questions never asked in a Chinese restaurant, this is something new a small gesture that makes them even stand out among the rest. 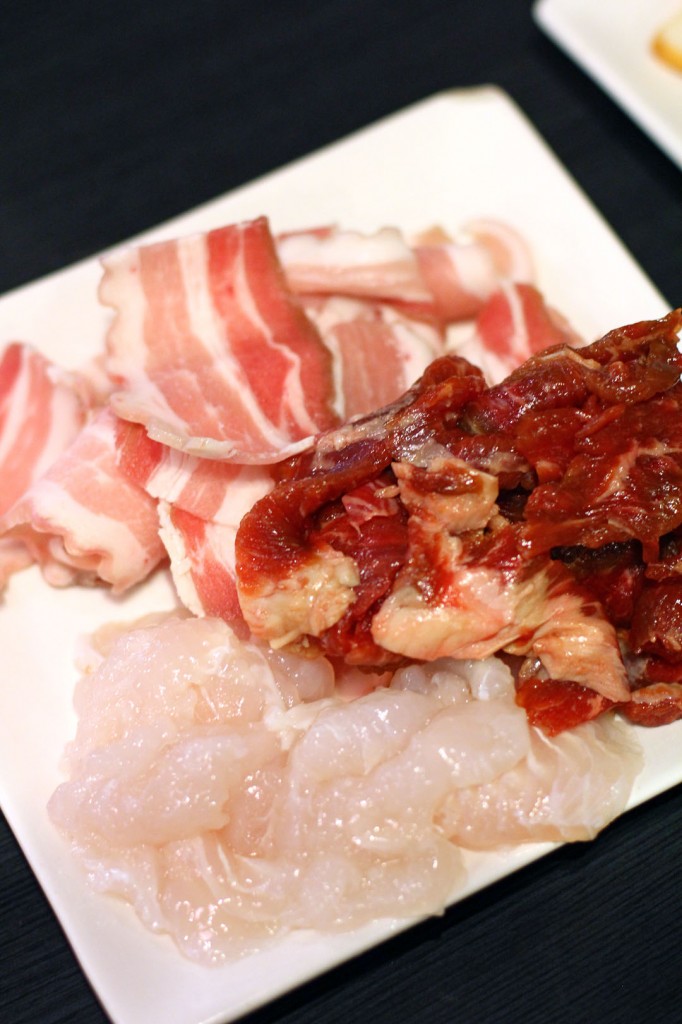