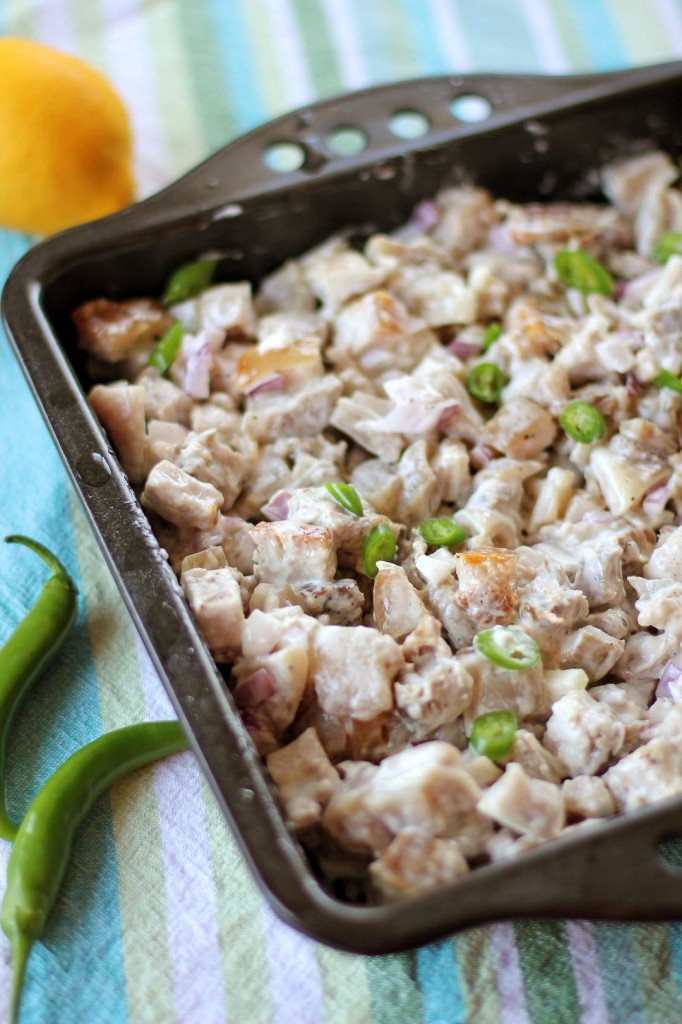 I spent 2 1/2 years of my college life in Baguio a mountain city located in the Northern Part of the Philippines which is a part of the Cordillera Administrative Region and located just beside Ilocos Region, though this city is not a part of the Ilocos Region its cuisine is widely influenced by the neighbouring provinces that is why you see a lot of dishes like pinakbet, dinengdeng, bagnet, igado, pipian and pinapaitan in Baguio to name some. Ilocano cuisine for me is exotic as it can contain ingredients that you might never had heard of or not had thought using. They a lot of unusual vegetables and even exotic meats and here are some examples.

I guess that 2 to 3 years stay on Baguio gave me lots of experience in terms of different cooking techniques as their style is so much different compared to the rest of the country, I even have vivid memories of some of my culinary adventures and one in particular is when we cooked a native chicken as the locals said the meat is tougher but way much tastier compared to the normal ones that are farmed. Native chicken are bought alive so we have to do everything from killing it to dressing the poultry, they come way much cheaper as well and that is so helpful as a college student who does not have that much money. That was the first time I saw how a live chicken was prepared, the experience was somehow funny and scary at the same time. After my Ilocano friend beheaded the poor chicken, it escaped and ran a couple of meters without its head, then it dropped dead after several seconds. After he was sure it was not moving he then let the blood drip in an uncooked rice on a plate and let it clot so it forms a something like a rice cake, the moment it hardened it was cut into smaller pieces. While dressing the chicken we noticed that it has some eggs still inside, lots of them roughly around a dozen and it’s not fully formed and all I saw were yolks without the shells, it was then separated and set aside. Internal organs were removed and cleaned specially the intestines and the gizzard then the meat was cut up into pieces. All of the chicken parts were used except for the head and feathers of course, that means from the blood rice down to the chicken feet, the dish we cooked was tinola but a very exotic version and the result was so good, in fact that was the best tinola I even tasted but the cooking time was so long due to the tough chicken meat.

For the dish today it would be nearly as exotic like other Ilocano dishes mentioned, it is called Dinakdakan. Traditionally this dish that contains boiled then grilled pork face meat and/or pork ears in mayonnaise (some even use pork brains as a replacement for mayonnaise) and vinegar dressing, a very popular beer match and appetizer but can even be used as a side dish on rice meals. I know some of you will be turned off due to the ingredients but I just wanted to share one of my comfort meals when I was in college, in fact I order them always in our schools canteen when it is available. A really unique exotic food for most but if you have a chance would you try this dish out?