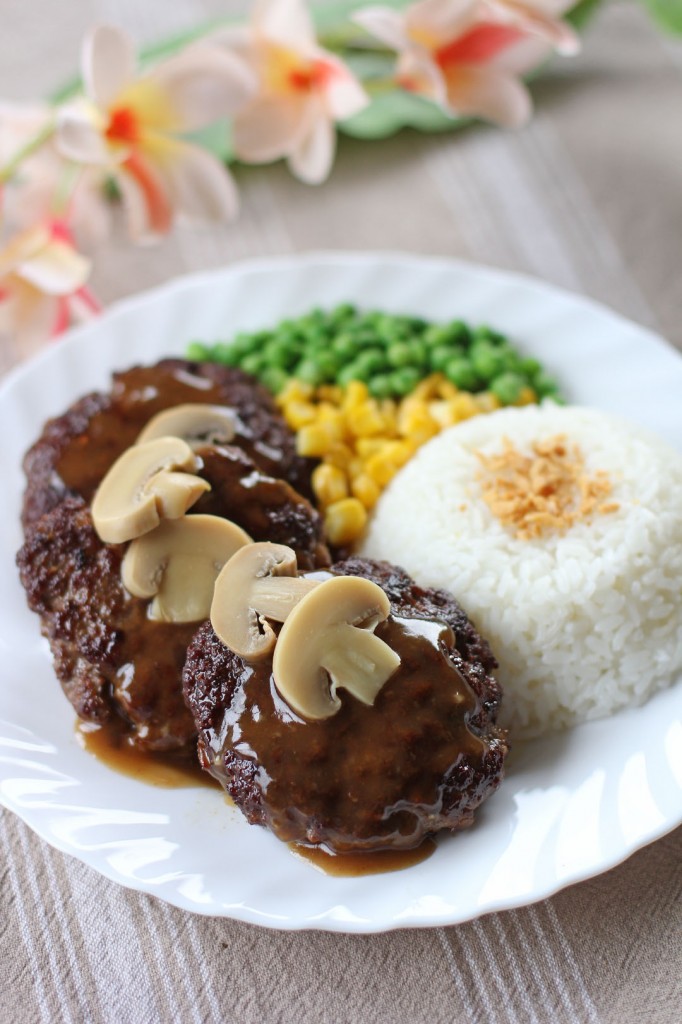 Salisbury steak or Burger Steak (that’s what we call it in Philippines) is made out of minced meat shaped to mimic steak drenched in a brown gravy commonly topped with mushrooms. A dish invented not by a chef but by an American Physician named James Salisbury in 1888. He invented this dish as a health food and believed that this steak, when consumed three times a day combined with lots of water and/or caffeine, was a perfect defence against a host of physical problems which is caused by eating vegetables and starchy foods. He was convinced that vegetables and starch can produce poison in the digestive tract which in turn was the main cause of heart disease, tumours, tuberculosis and psychosis to name some. The beef used by the doctors during this time were lean mince meats and composed mostly of beef and no by-products or offal included. It was then popularized in the 19th and 20th centuries as a cheap way to add protein to someone’s diet, beef used during this stage was low quality with some extenders.

In Philippines this is one of the popular menus that you will see in big restaurant chains especially in Jollibee where they reuse hamburger patties to create this dish, less ingredient to worry for them but effectively adding a new menu for their customers to choose from. Usually served with rice and lots of gravy (Filipinos love their gravy).

In Japan it is also popular but they call it Hambagu, similar to the original ingredient but they have different variations where they use different gravies such as curry, tomato sauce and even cheese.

I guess this day in age you won’t get quality mince meats coming from supermarkets as most of them have fat content and some even add offal as an extender, having that said the modern age version of this dish would not have the same remedial effect as believed by Dr. James Salisbury due to others contents mixed into it unless you mince it your own.