Garlic Bread, this crunchy salty buttery garlicky bread toast is the best pasta companion ever made 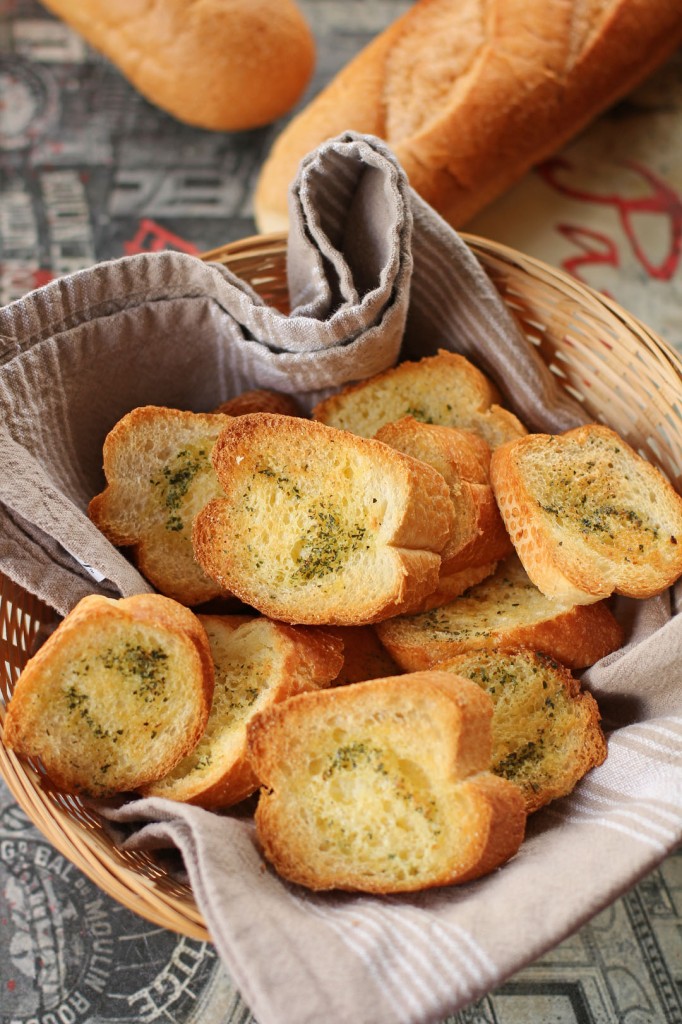 I already had posted several pasta dishes but I haven’t written something about its simple but perfect partner, the Garlic Bread. Garlic Bread or Garlic Toast is typically made out of bread topped with garlic and butter, it is then grilled or toasted until the butter melts and the edges are crispy, usually this is served as an entree or an accompaniment to pasta dishes. The bread that is commonly for this dish is the baguette where it is sliced in an angle and a mixture of garlic and butter is applied. Sometime a variety of cheese can be added such as cheddar and mozzarella.

The first garlic bread ever recorded was the Bruschetta, originating in Tuscany this bread is basically prepared by rubbing it with garlic and drizzling it with olive oil before it is toasted over hot coal. The name came from the word “bruscare” which means “to roast over coals”, the idea behind the rubbing of garlic was not to give it flavour but to mask the smell or flavour of a stale bread. There is also another type of garlic bread where instead of serving it in individual slices the bread its partially sliced downwards to keep the loaf in one piece then condiments such as butter and garlic powder are sandwiched between the sliced then baked in the oven. This type of garlic bread originated in Texas, America and it was originally called the Texas toast, a very popular bread in the region which is used to accompany dishes such as chicken, steak, fish and barbecues.

Garlic Bread, this crunchy salty buttery garlicky bread toast is the best pasta companion ever made