Would you believe it when I tell you this is the first time I tried Cronuts, Yes and its the Mövenpick Cronuts (Auckland CBD, New Zealand) 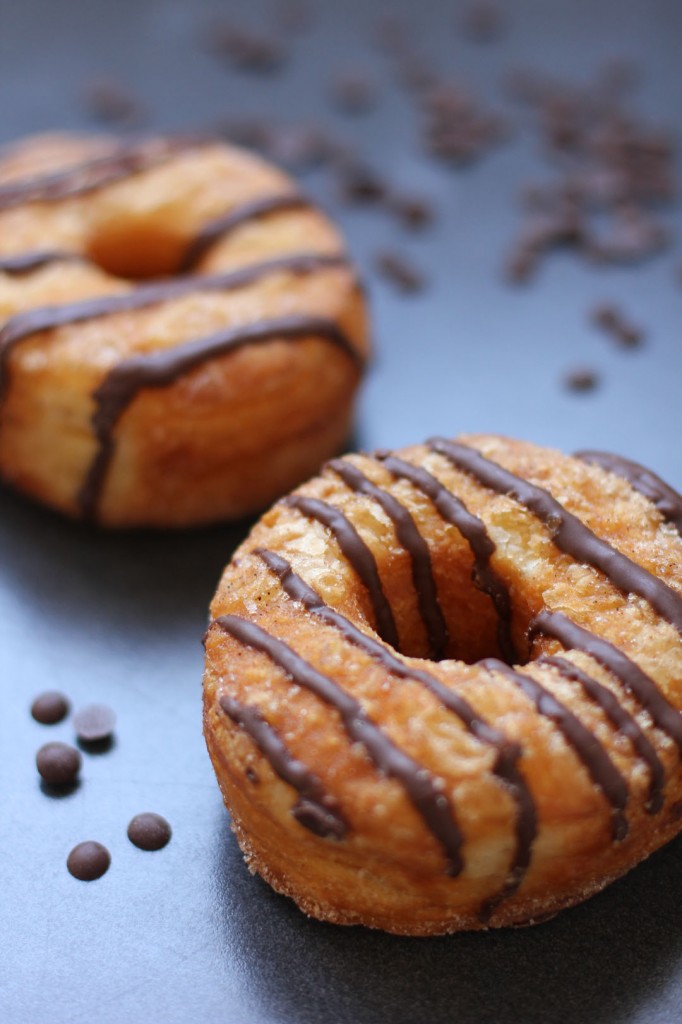 Would you believe it when I tell you this is the first time I tried Cronuts, while it may had launched last May 2013 the first time I had it was 10 months later. Food items like this tends to come late here in New Zealand and that’s one of the main reason why I tried it on a later stage and I can say I missed a lot as these things are amazing, why was this not invented when I was a child.

Anyways for those late adopters like me Cronut is a pastry created by Chef Dominique Ansel, it is a cross between a croissant and doughnut. It was a viral sensation– during the late 2013 and early 2014 and due to its popularity a lot of pastry shops and bakeries worldwide copied and made their own version to join the bandwagon. During that time I read a lot of it online and I want to make them as well but how can I make one without trying it? So I waited until this phenomenon reached New Zealand.

The first one I tried was in Mövenpick, I was walking in the streets of Parnell and saw Mövenpick offering this celebrity pastry so I grabbed two, brought it home and tried it. On my first bite my jaw dropped and my taste buds were jumping because of excitement, it was freaking delicious, it was definitely way much better than doughnuts and croissants, I am in awe and this is just an imitation of the real stuff what more if I can try the real deal. According to Chef Dominique Ansel’s website when he creates this magical pastry it takes up to three days because it is first proofed and then fried in grapeseed oil at a specific temperature, it is then filled with cream and topped with glaze. It is made with laminated dough which has been created similar to a croissant and the recipe is a kept secret.

This is just my first time and will be on the hunt for my second one so I can’t really say is Mövenpick’s one is the best in Auckland but what I can say is that the ones I had was simply phenomenal and worth recommending for.