Sago Samalamig is a popular drink in the Philippines sold everywhere from street vendors to popular restaurants, it is made out of brown sugar syrup and sago pearls. 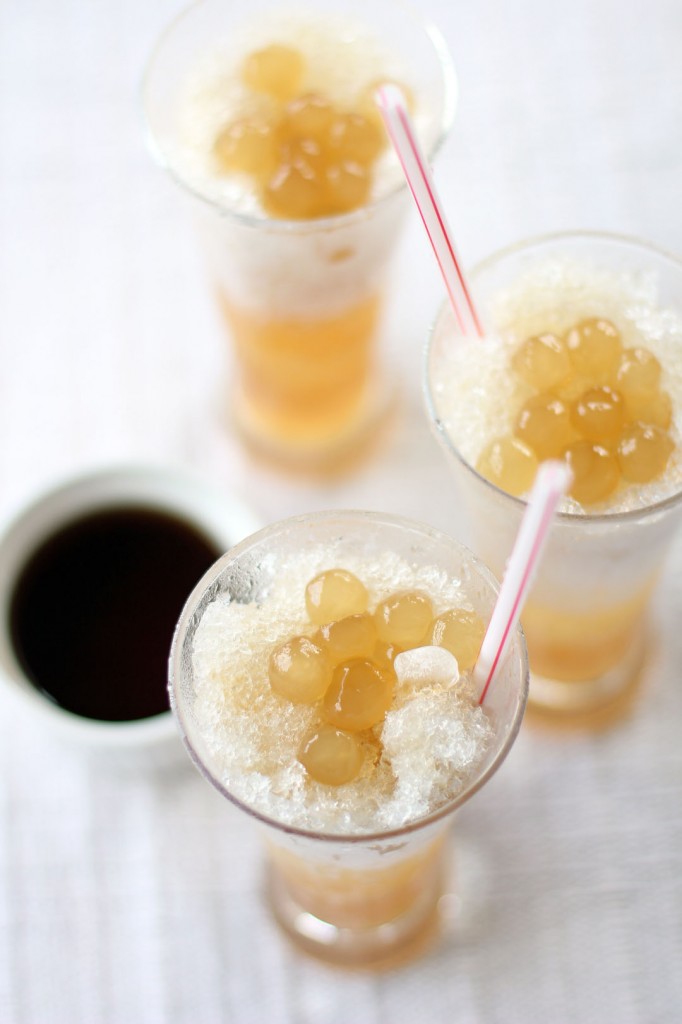 Sago or tapioca pearls is a starch extracted from tapioca formed into small shaped balls commonly used as a food ingredient in Asian countries like China, Philippines, Malaysia and Thailand. Usually used in dessert or beverages such as milk tea or this popular beverage in the Philippines made out of vanilla and brown sugar.

I remember when I was a child I loved this drink and it is very common as most of the street corners have a vendor selling this drink, a very good way to cool down on a hot summer day and cheap as well, I remember during my time it was on .50 cents in Philippine Peso then became 1 Peso (US$ 2c) and stayed there for a long time. Usually served in plastic bags with straw so you can easily take it away and consume while walking, this is the local version of Coke in Philippines.

During the early 2000 this drink started to become viral as a lot of entrepreneurs had made it a little bit posh by establishing their own specialized stalls. One of the first ones and perhaps the most popular was called Zagu, they revolutionized the new age sago drinks in the Philippines and introduced a whole lot of flavours such as strawberry, cookies and cream, corn and bubble gum to name some. It was a huge hit and they were copied by others quickly to have that share of the market. With this move definitely the price also changed, in fact it changed a lot hence from 1 Peso it was now sold at around Php 30.00, and even at this price people still queued and buy this drink.

Prior to Zagu, Goldilocks already sell their own posh version but using traditional flavour which is the brown sugar vanilla flavour, and I liked that taste specially the Goldilocks version as it has that distinct flavour which I guess is made out of a mildly burnt sugar taste (I’m not sure if that’s where the real taste come from, it was just my assumption). I had tried create the sago drink before but my taste buds is always looking for that distinct taste that Goldilocks had, so I just tried to burn the sugar mildly just to see whether my assumption could imitate the taste and here is my recipe.

Sago Samalamig is a popular drink in the Philippines sold everywhere from street vendors to popular restaurants, it is made out of brown sugar syrup and sago pearls.