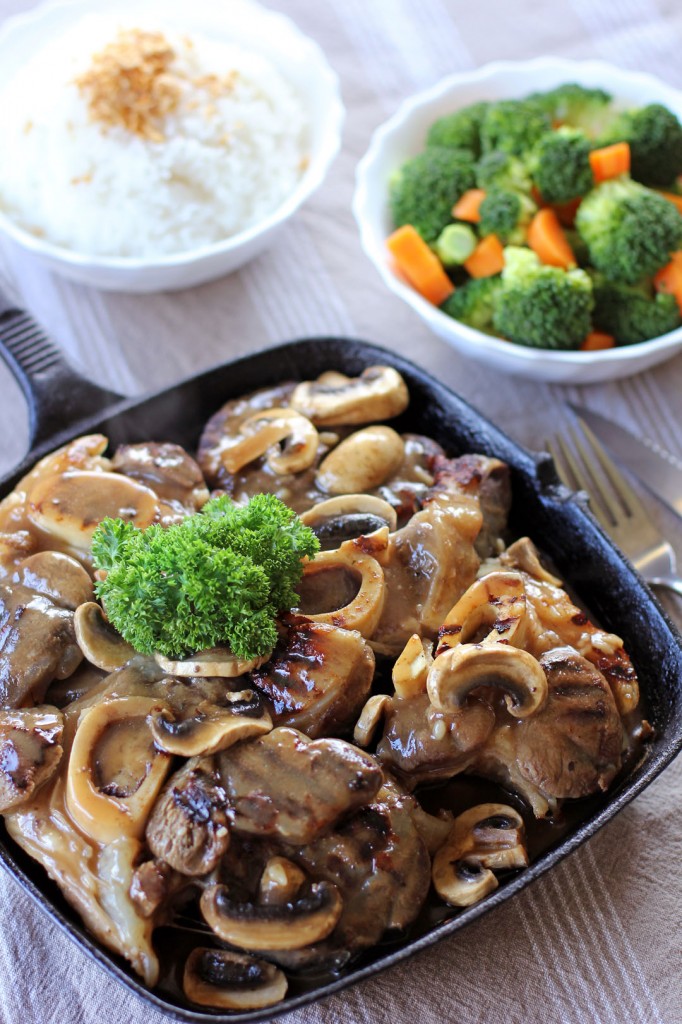 Bulalo is a Tagalog word for beef shanks, traditionally in the Philippines the most popular way of using this meat cut is in a dish called as “Bulalo” or “Bulalo Soup”, it is a very sought after dish specially its bone marrow. Recently around the late 90’s a dish called bulalo steak started to get popular in different restaurants and bars, not sure who started it though but I first saw it in Gerry’s Grill. So what is a Bulalo Steak? Similar to its closely related dish the Bulalo Soup, it is a dish made out of beef shanks which is also cooked by boiling in water together with herbs and spices but it does not end there as it is then grilled then placed on a sizzling plate together with rich brown gravy and sometimes buttered vegetables as well as mushrooms.

Filipinos love bulalo and you can see this by the number of bulalo specialty restaurants and eateries everywhere, Filipinos love sizzling food as well that is why in most bars and restaurants steaks are served on hot plates so this dish is an instant hit to the Filipino people as its a marriage between the two favourites that is already well loved and time tested.

So if you love meat and never tried this, I suggest you do so I am sure having one of this will satisfy your taste buds real good!