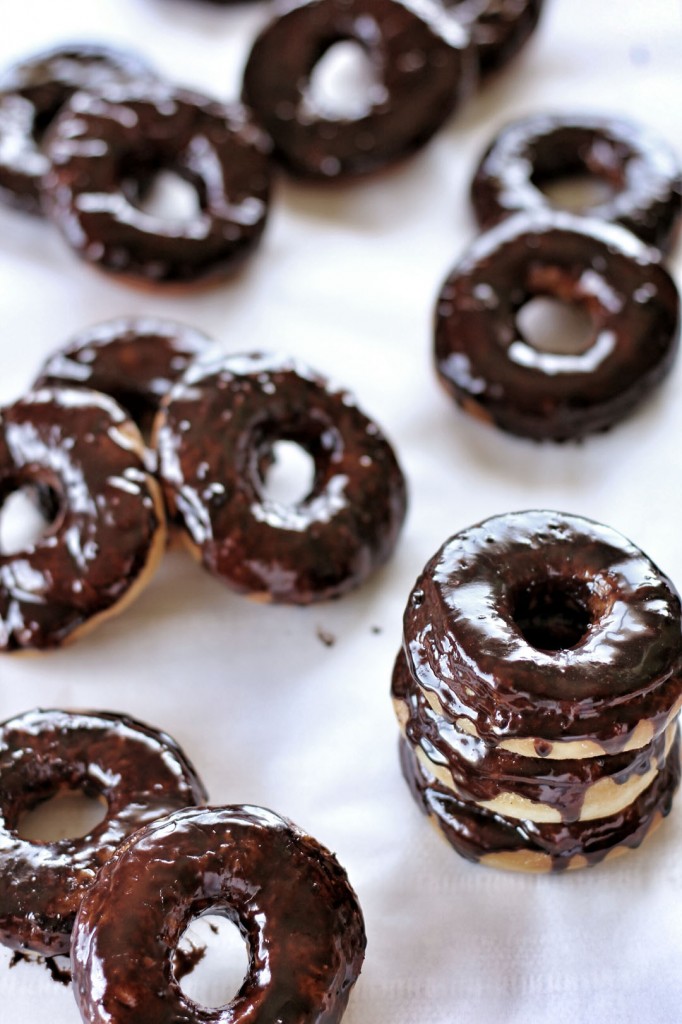 Doughnut or Donut is type of pastry that is deep-fried and shaped in form of a circle or rings; it may contain various types of fillings and/or toppings and glaze. There are 3 popular types of doughnut and those are the ring shaped, circular ones with fillings and the spherical shaped ones made out of doughnut holes. Cooking method is also not restricted to frying as there is also some baked form but they taste differently as they don’t absorb oil during the cooking process.

It is said that doughnuts where introduced by the Dutch settlers in North America like other desserts such as cookies, cobblers and apple pie. They said it is a type of olykoek (oil cake in Dutch). The first version never had holes in it and it was just invented by Hansen Gregory in 1847 when he finds centres of the doughnuts without holes tends to be raw and usually that middle part absorbs too much oil during the cooking process, he then punched a hole in the centre of the dough prior to cooking with a tin pepper container to get rid of it.

This post was made because my daughter keeps asking me for doughnuts, too sad it is not that popular here like in the Philippines and America that is why we seldom see doughnut shops. Though we can buy them in the supermarkets or bake shops, they don’t have a good texture like the ones in Krispy Kreme so for her not to be dissatisfied and hate doughnuts for life I made one at home Krispy Kreme dough style. But like Hansen I somehow made this doughnuts in a manual way as we don’t have any doughnut cutter, I am not even sure where I can buy one in here, so the doughnuts you see above was cut by a tin can cover from a glass container then for the middle I used a medicine cup, you can call it crude but it works just look at the results above. I have done some crude ways before like using medicine cups as a mould in Polvoron or even shaping Hopia manually.

How about you have you tried to improvise in your kitchen? If you do can you share your story?