Tandoori Chicken is a very popular Indian roasted hot and spicy chicken dish that is marinated in yoghurt and lots of different spices. 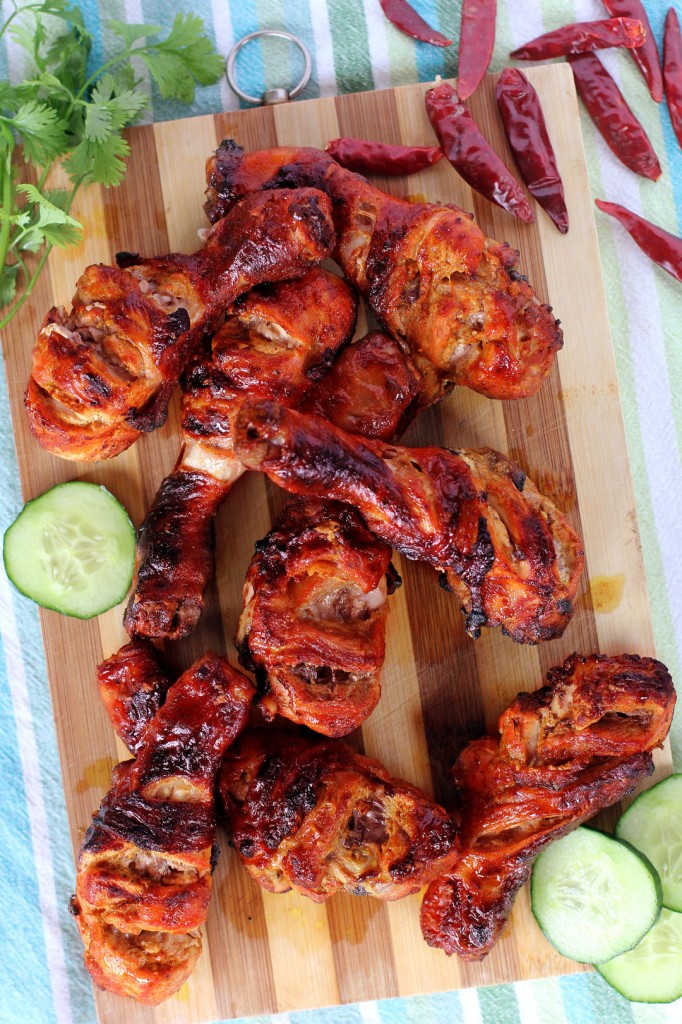 Tandoori Chicken is a very popular Indian roasted chicken dish that is marinated in yoghurt and lots of different spices. A very hot and spicy chicken dish but versions outside India had been toned down to be more palatable. Original version uses a lot of turmeric and ground chillies to achieve that distinctive red orange colour but due to Westernization and mellowing down of flavours food colouring is now used. Like naan, this dish is also cooked in a tandoor (clay oven) in very hot temperatures which reaches 480C it is where it got its name as well.

The origin of this dish is attributed to Kundan Lal Gujral who ran a restaurant called Moti Mahal in the 1920’s in Peshawar (now in Pakistan). But when Pakistan separated from India Gujral moved his restaurant in Delhi and it is where the tandoori chicken got famous. He cooks this chicken in a tandoor clay oven and this kept his patrons interested because during those times tandoors are only meant for naan’s. The style and recipe became really popular even Jawaharlal Nehru the first Prime Minister of India made it a regular dish served on official banquets where foreign dignitaries are invited.

A real classic Indian dish which is enjoyed best using the classic style which is super-hot and spicy. Was lucky to try some before in Malaysia where they don’t tone down the spices and sticked to the original recipe that defines a real tandoori chicken. I also saw some sold here in New Zealand and tried them, it tastes so much different as it is mellowed down and adjusted for the Kiwi palate. I suggest you try the hot and spicy one but if it’s too much for you start consuming them in small amounts until you get used to it.

Tandoori Chicken is a very popular Indian roasted hot and spicy chicken dish that is marinated in yoghurt and lots of different spices.