This bite sized pieces of Mixed Berry Mini Galettes are simply made out of flaky puff pastry topped with mixed berries and sugar. 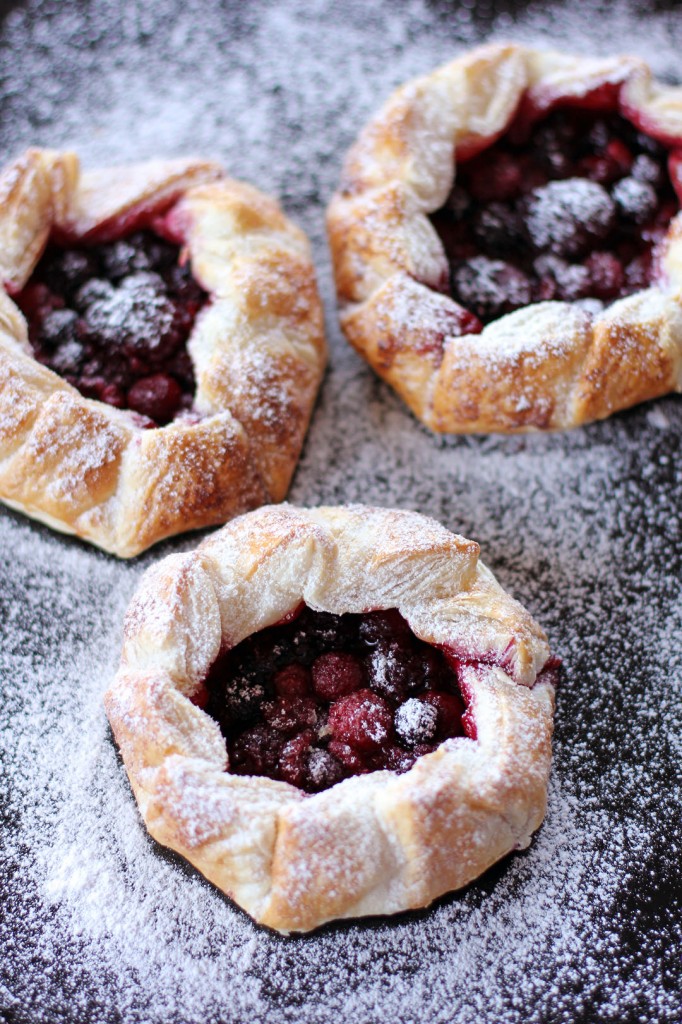 
While galettes can be enjoyed and offered throughout the year, traditionally they are served at Epiphany which falls on January 6th of each year hence we are posting this today. The galettes that we commonly know now originated from the king cake, which is named after the biblical three kings. During the old days a little bean was hidden on it (a custom taken from the Saturnalia in the Roman Empire) and the one who gets the bean was called the “king or queen of the feast”. That slowly changed until in 1870 the beans were replaced first by porcelain and now with plastic figurines. Modern galettes sometimes don’t use this figurines anymore especially when you buy it in your favourite patisserie, toady this French pasty also comes in all sorts of flavours and sizes, from different fruits as well as savoury ingredients like cheese, vegetables and sometimes meat.

For today’s galette we will not be making the luxurious ones like the king cakes but instead we will be making bite sized pieces made out of flaky puff pastry topped with mixed berries.

This bite sized pieces of Mixed Berry Mini Galettes are simply made out of flaky puff pastry topped with mixed berries and sugar.