We tried this place called Pizzeria Santa Lucia during the summer as suggested by my sister, it was fully packed outside and barely few people inside. As Filipinos and having been outside for more than 8 hours by the time we get there we chose to dine inside the premises.

I guess right now if you follow this blog on a regular basis and haven’t been to Europe you will have the impression that pizza and pasta is everywhere in there, well that is true in fact we ate pizza and pasta half of the time we were there. Think of it as burger chains in US, if you need one there is one really near to you but there is a big difference, the pizza in Europe are not the fast food type ones but most of them are the gourmet quality ones. Having said that I guess we never dined in a single pizzeria that sells a bad pizza, all of it is done really well if not perfect. This pizzeria for example, Santa Lucia in the heart of Zurich. Located just near the Zurich Opera House, dining there would not be hard for commuters as trams pass by in front of it in a regular basis but if you opt to drive there is a lot of parking in the basement of the Opera House, though pricey finding an empty space is better than looking for it on the street. 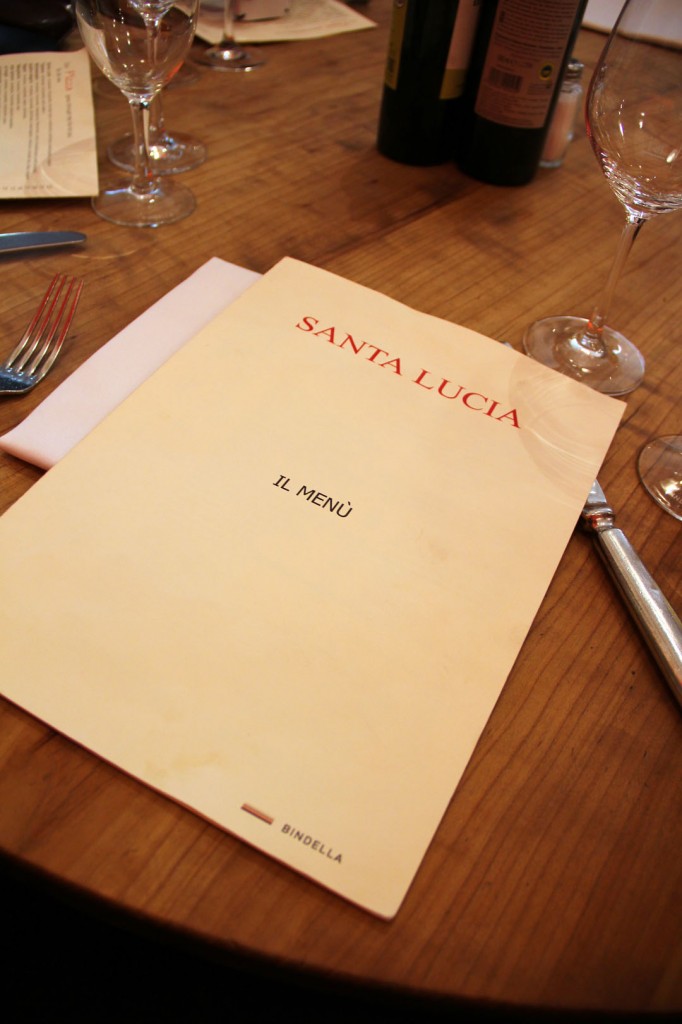 We tried this place during the summer as suggested by my sister, it was fully packed outside and barely few people inside. As Filipinos and having been outside for more than 8 hours by the time we get there we chose to dine inside the premises. We immediately ordered as we dined in as we were very hungry coming from a long drive from Munich Germany. We ordered two pizza and two pasta and the wait was really long, I guess our ordered arrived exactly after 45 minutes (I checked at my photos). Is it worth the wait? Let’s find out.

For the pasta we ordered a Classic Bolognese and Seafood Pasta I cannot remember the price as I did not took a photo of the pasta menu, I can’t even remember anything special with the pasta as well but I am sure it’s tasted really good but nothing special that I can remember. This is the problem when you continuously dine in a restaurant for 2 to 3 times a day for a month, comparing pasta with others is quite a daunting task especially when all of them tasted really good. 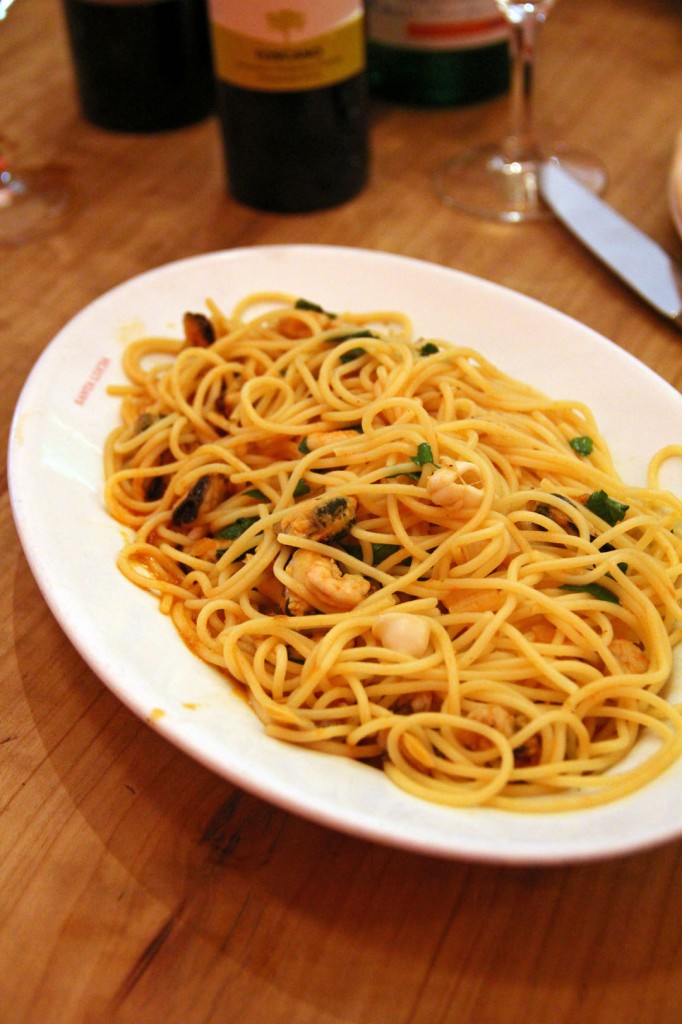 What’s good though was their pizza, the dough was soft, chewy inside but and crispy on the outside, it’s not really thick and I remembered something special with it. First was the Al Prosciutto della Spalla (CHF 20.00) this pizza contains simple toppings such as tomatoes, mozzarella, thyme and shoulder ham. It may look simple but it is tasty, the ham tasted amazing with the right level of saltiness it blended really well with the creamy mozzarella. 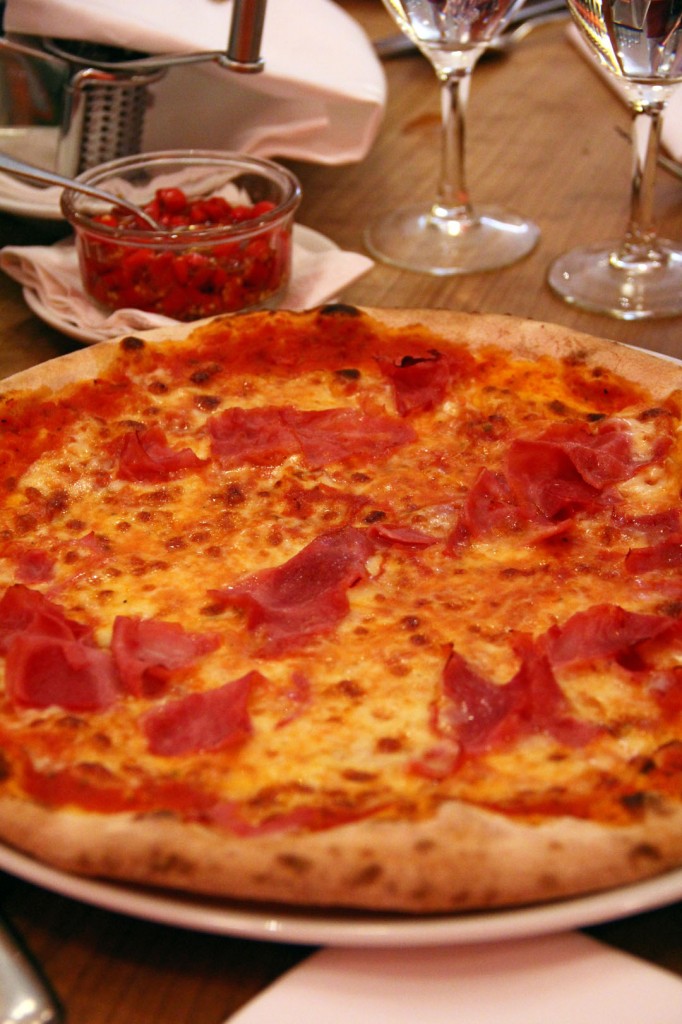 What’s even better was our second pizza, called the Michelangelo (CHF 26.00). It is made out of two types of tomatoes, two types of mozzarella, parmaham, rocket and mascarpone. Every bite was a surprise, the mascarpone beneath each thin and salty slice of parmaham was a delight for the palate, combine that with the tarty sweet cherry tomatoes and light mozzarella pearls it’s a flavour explosion and a texture carnival in your mouth. Every element in this pizza blends well together. 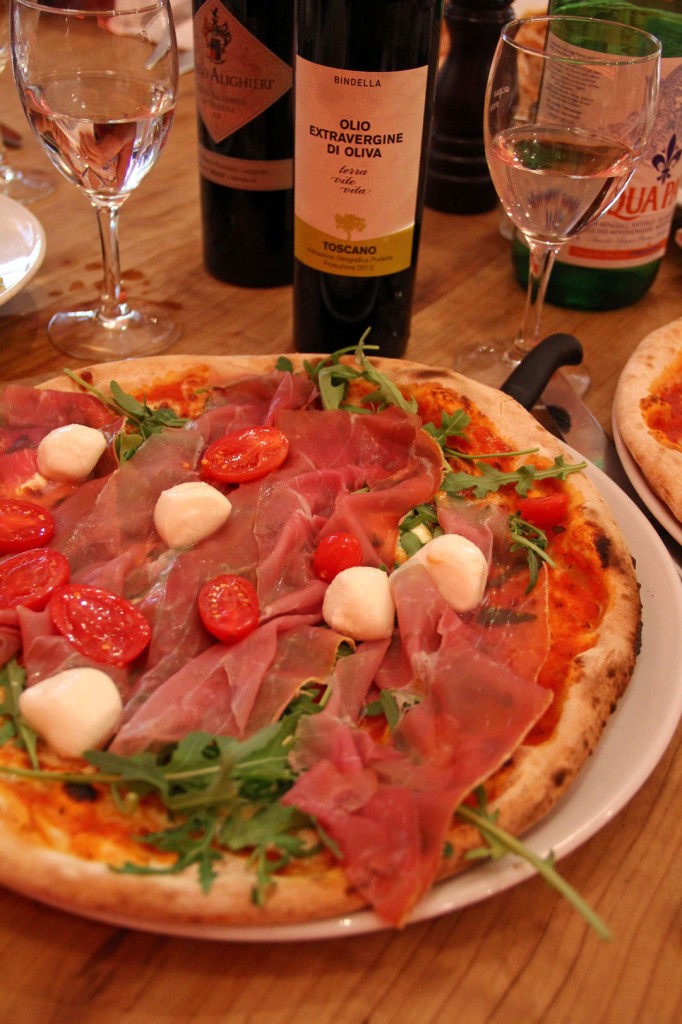 Overall it was nearly a great experience apart from the long wait, I will definitely dine in there again but try their other pizzas like the “Santa Lucia” which contains tomatoes, mozzarella, shoulder ham, mushrooms, anchovies, sweet pepper and oregano as well as the “Ai spinachi e gamberoni” which contains tomatoes, mozzarella, king prawns and garlic. I wonder what surprises those pizzas would bring to me the next time around.