I never knew why people talk about this much until I tried this IKEA Meatballs personally, surprisingly it was really good, I even bought some to take home. 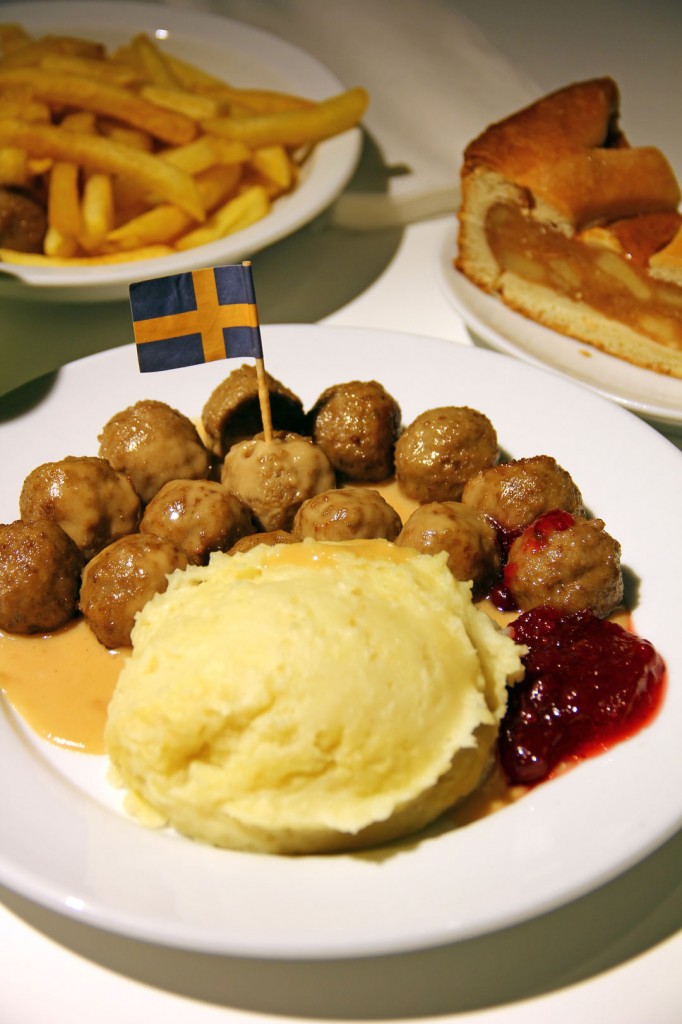 New Zealand and Philippines does not have an Ikea store so I don’t get to try their famous meatballs which is apparently loved by most of the people I know who had tried it. At first when I heard this dish it sounded really odd as Ikea is popular for its furniture and little that I know they are also popular with some food items like such. I never even saw this in Ikea when I was in Malaysia, must be because I did not mind having a nosey at their food court during those times as there are a lot of better and cheaper options like hawker stalls. Several years on I totally forgot about the Ikea brand and only see them once in a while in their ads printed on some international magazines I read, until I visited Switzerland.

When I was in Zurich me and my wife asked my mom whether there is an Ikea near her place, to our luck there is one roughly 20 minutes away. As I drove, my mom asked whether I tried their meatballs, apparently she was also hooked into it and told us we should try them. As we walked inside the establishment we were fronted by this big food court on the right wing and there it is the famous meatballs in all their glory proudly hanging printed on their walls, there are several options which are similar in plate contents, all options have meatballs, some sort of raspberry jam, mashed potato and gravy they only differ in the amount of meatballs on each plate. I ordered the biggest one I think, the 15 piece meatballs together with some apple pie.

So what’s the verdict? Well they tasted really good, I never expected them to. It’s not like your home made meatballs, the meat used in this one is minced finely so its texture resembles more of a sausage rather than ground meat. They are tasty and works well with the gravy and the jam, it’s not gourmet quality but for a processed food this is not average, we even bought some for home and later used that on a spaghetti meatballs which turned out real well. What I don’t like though was the apple pie which tastes those mass produced pies in foil packs sold in supermarket.

How about you have you tried this Ikea meatballs? If yes what do you think about it?