This Custard Cinnamon Rolls resembles the usual cinnamon roll but its filled with some custard mixture and topped with some honey coating. 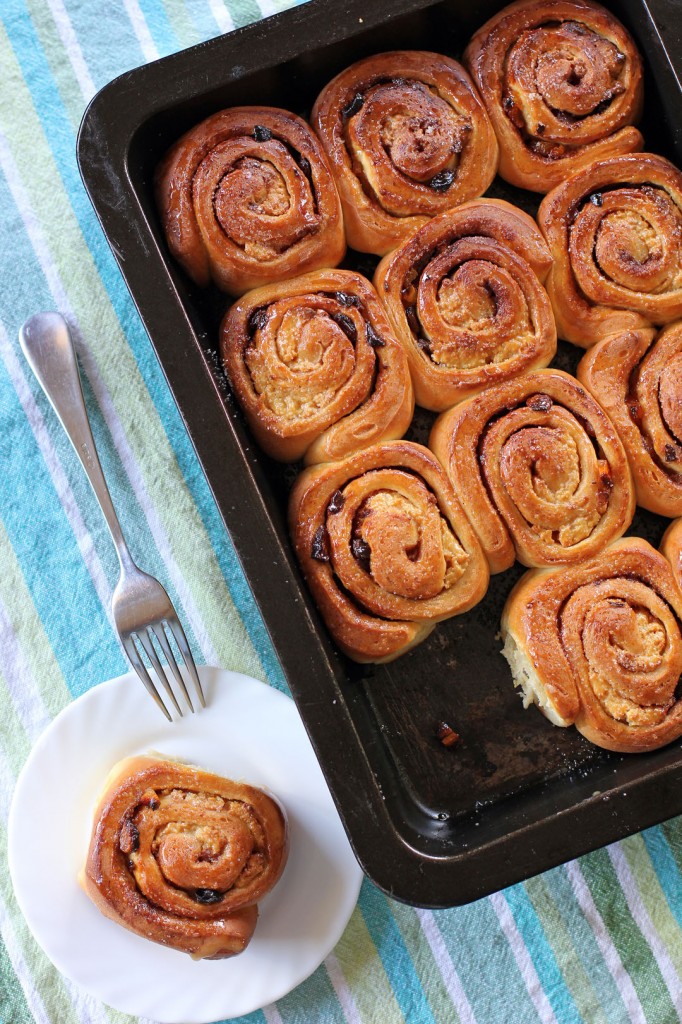 Several weeks ago my daughter was sick and asked me to make one of her favourite bread which we buy at the supermarket, it’s called a custard bread. I don’t know the supermarkets recipe so I will have to guess how it’s made, there are several things I know though, the texture which is resembles a cinnamon roll, it filled with some custard mixture and topped with some white sugar coating. Having those in mind, I can use my cinnamon roll recipe and fill it up with custard from my wife’s Brazo de Mercedes recipe but make it a bit stiffer so when it’s rolled it won’t ooze out and this is how I made it.

This Custard Cinnamon Rolls resembles the usual cinnamon roll but its filled with some custard mixture and topped with some honey coating.