Ditch your junk food away and have this Nuts and Pops (Caramel Popcorn with Peanuts), its not just nutritious but packs a lot of energy every kids and even adults would love. 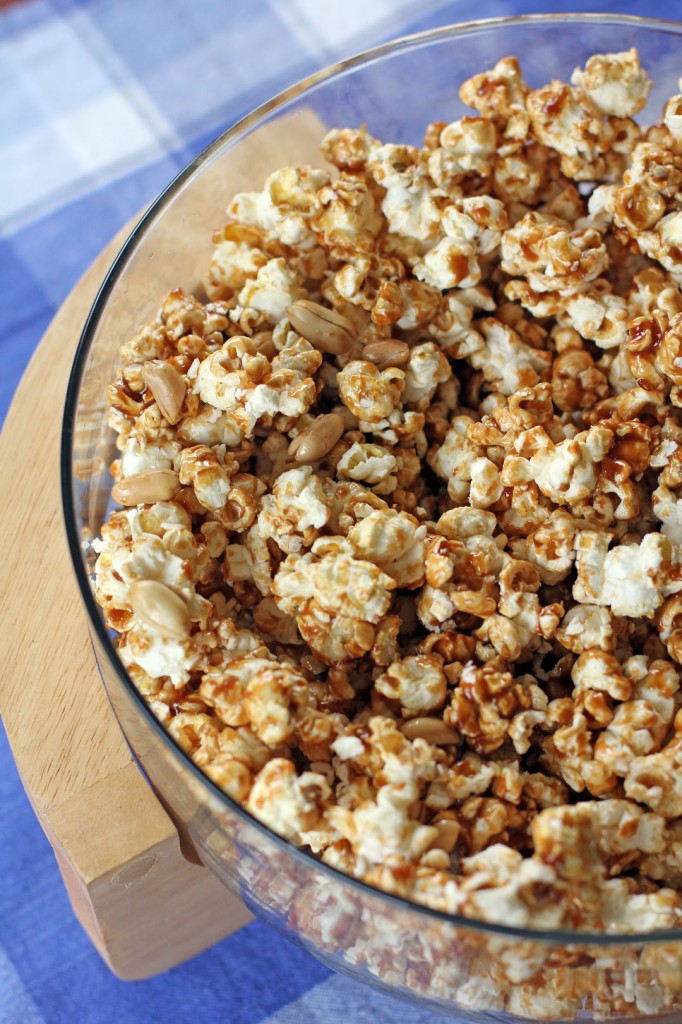 Several weeks ago me and my daughter made one of my favourite childhood snack which is mixed Popcorn and Nuts coated with Caramel, I am not sure if it is commercially available here in New Zealand that’s why we made our own so that I can let my daughter try it. In the Philippines we can easily buy this in supermarkets and it is called “Nuts and Pops” but I guess they are not selling it now as the Goldilocks version became really popular and the one they sell does not have nuts on it. Now if you are tired of having that butter or salted popcorn you should definitely try this one out for a change.

Before we go on to the recipe I will give you some information about this loved snack. Popcorn existed since 4700 B.C., there was an evidence found in Peru which dates back to that time. It was believed then to have arrived in North America around 3600 BC when evidences were found in New Mexico. There were no accounts after that but history says that during the Great Depression (around 1930 – 1945) popcorn became really popular, at 5-10 cents a bag this is what people eat as a cheaper alternative. During those times there are lots of businesses who sold popcorn and it became a great source of income for many struggling farmers. Combining caramel and corn on the other hand dates as far as 1890s when Cracker Jack was introduced at the Chicago World’s Fair in 1893, it was made out of molasses, popcorn and peanuts. The production process got enhanced and mass commercialization took place, peanuts was omitted then the rest was history.

Ditch your junk food away and have this Nuts and Pops (Caramel Popcorn with Peanuts), its not just nutritious but packs a lot of energy every kids and even adults would love.