Chicken Gumbo is a dish made out of chicken meat slowly stewed in a spice infused stock seasoned with vegetables and finished with okra as the thickener. 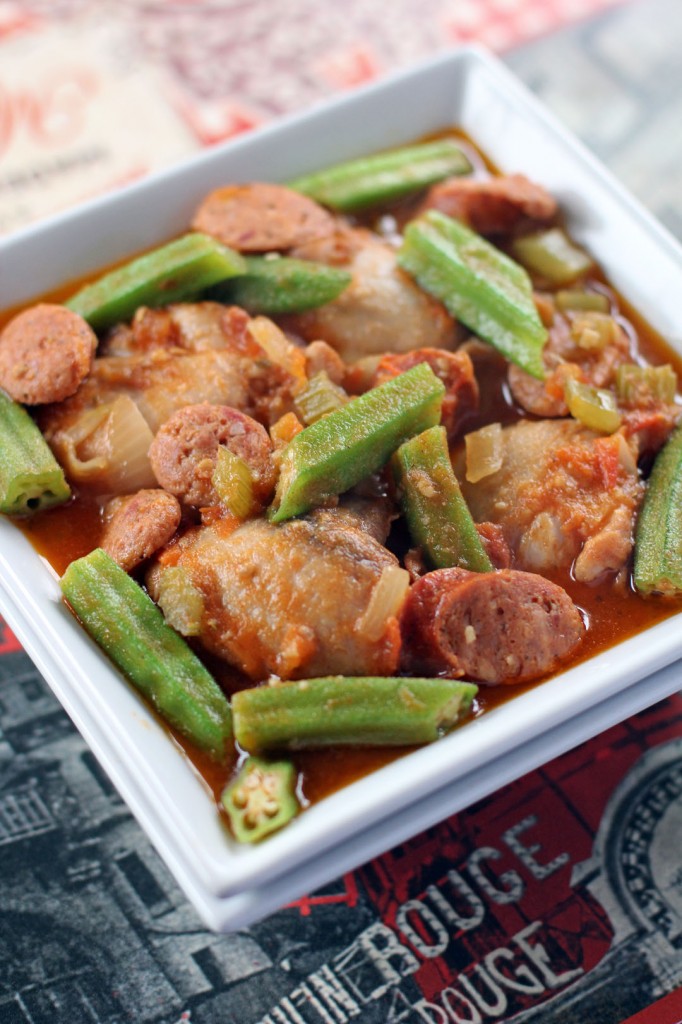 Gumbo is a dish made out of meat or shellfish slowly stewed in a spice infused stock seasoned with vegetables and finished with a thickener which usually is okra. This thickener is the most important ingredient in this dish as it usually defines what category the gumbo fall in:

Gumbo is really popular in Louisiana, in fact the dish is the official cuisine of the state of Louisiana. The dish also originated there during the 18th century and it is considered a melting pot of a dish at it combines ingredients and culinary practices coming from several cultures like West African, French, Spanish, German, and Choctaw Indians. Having said that this dish was based on traditional West African dishes with a combination of the techniques used in the French dish bouillabaisse.

Traditionally gumbos are cooked with shrimps or shell fish but it had evolved and chicken or any fowl meat can be used, there are even vegetarian version of this dish where corn is used as a substitute for meat. For this post we will be making this with chicken and here it is.

Chicken Gumbo is a dish made out of chicken meat slowly stewed in a spice infused stock seasoned with vegetables and finished with okra as the thickener.