Must Try Foods in Switzerland

Have a look at this list of Must Try Foods in Switzerland so if you ever visit the country try them all out, they are one of the best dishes the country have to offer.

I guess some of you already knew that I went on a holiday in Europe a couple of months ago, during those times I had posted some wonderful dishes and food items in Facebook as I try them. Now I had compiled a list of these food items in each country and share to you that experience so anyone who reads this will have an idea or even a wish list on what they should try on their vacation to the country that we will be featuring.


This might not be a comprehensive list but this is what I believe people should try, the photos below are the ones I tried so the basis of this recommendation is based on real experience. If you think I had missed something really relevant share it in the comment box below so on my next visit it will be in my to try list.

Zürcher Geschnetzeltes – This is one bad ass dish  literally translated as “sliced meat Zurich style” it is made out of cubed veal and sliced mushrooms in a rich creamy sauce, usually enjoyed with pasta, bread or even rosti.

Rivella – This is a carbonated drink which is produced from milk whey. Sound weird but it does not taste like any milk product at all. When I first heard about it I thought it would taste something similar to cream soda, I was wrong, the taste is something I never had tasted before. Some say it is an acquired taste but my taste buds gave it a thumbs up.

Mövenpick Limited Edition Ice Creams – Not every day you can try or even see limited edition Mövenpick ice creams outside of Switzerland so I suggest give them a go so you know what you are missing.

Rosti – I guess this is the most popular Swiss dish of all time, made out of thinly sliced potatoes formed into a big pan sized cake topped with either eggs, bacon, Zürcher Geschnetzeltes or guess what? Loads of cheese. If you love hash browns this is the mother of all hash browns!

Raclette – If you love cheese you need to put this in your list because this is made out of cheese, melted cheese accompanied by small firm potatoes, gherkins, pickled onions and sometimes dried meat like jambon cru and Bündnerfleisch.

Fondue – If raclette is not cheesy enough for you then have this next, cheese fondue. Dip in your favourite items like fruits, meats, vegetables, bread or even cheese if it’s not enough yet 🙂 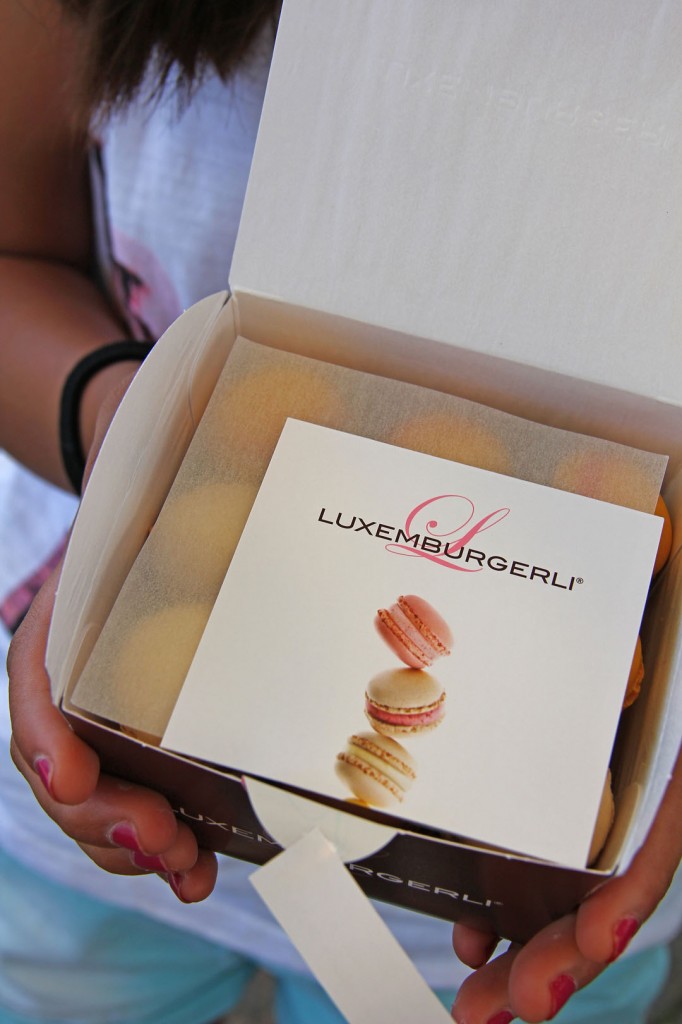 Luxemburgerli – No it’s not a burger made in Luxembourg then imported to Switzerland its nothing near that, in fact this is the best macaron you will ever taste period! I don’t want to put this here are this will be on my list when we feature France but it’s so good and it would be so selfish of me not to mention it, I have been to France and tried a lot of macarons even the expensive variant don’t measure anything closer to this Sprungli creation. Basically it is a lighter type of macaron filled with a chilled cream flavoured with vanilla, chocolate, stracciatella, caramel, hazelnut, champagne, amaretto, chestnut, mocha, cinnamon and lemon to name some. The only downside of this macaron compared to the regular ones is that it needs to be consumed on its chilled state otherwise it would melt in your hand.

Chocolate – It would be so wrong visiting Switzerland without trying their chocolates. This is what Switzerland is famous for.  You should at least try Lindt, Frey, Suchard, Tobler or something exotic like Läderach.