If you are looking for the best buffet in Auckland then look no further nothing beats Eight at the Langham it offers everything you might need served in the best possible way for buffets. 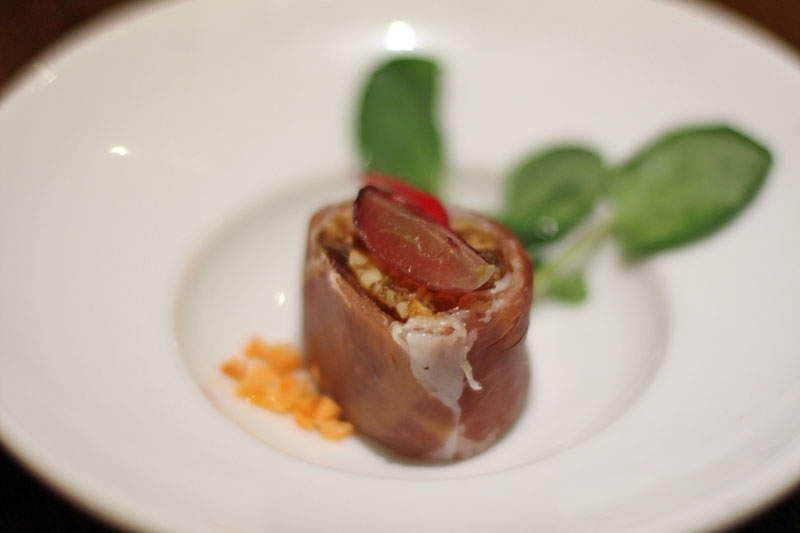 Let’s start this article by stating that this is the best buffet restaurant I had tried so far, I would definitely come back here a lot of times. While I’ve been to different buffet restaurants this is different as there are eight different cuisines to choose from, most of them are prepared and cooked while you grab them and its way much classier than what a buffet stereotype is.

From their website:
“At Eight, design as many sumptuous gourmet courses as you like from eight international cuisines, and savour the tantalising flavours created by our team of talented and passionate chefs.
Your personal degustation is prepared to order, right in front of you.
From fresh sushi and mouth-watering seafood to authentic Indian curries and delicious desserts, your possibilities are infinite when you dine at Eight.”

I can’t agree more because when we were seated and shown where to grab our food my jaw just dropped with the choices presented, I can also see the smiles from my daughter and wife. The Eight different kitchens are located in a separate room not visible from the dining area, at first I was confused on what to get as they are all good choices, my daughter even stopped and forget to grab what she want as she continued to be amazed on the sights she saw.

After reality set in I then first tried some cold cuts and salad in the Salad section. 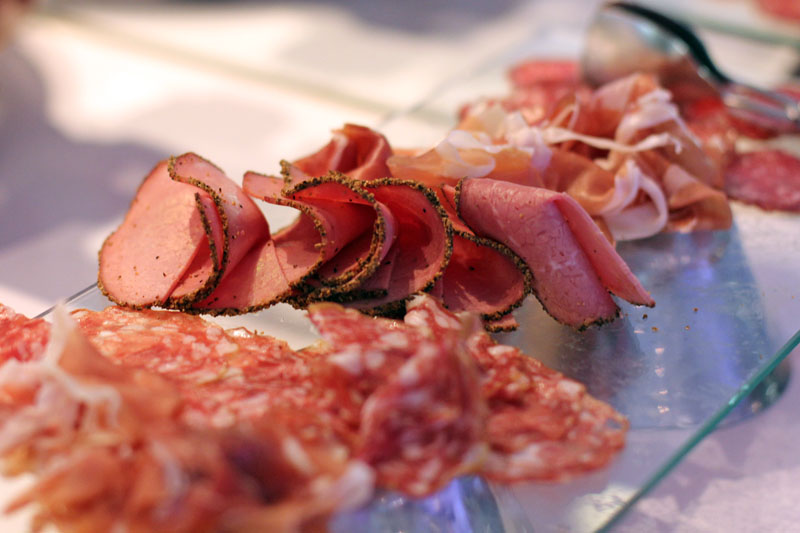 There is a good selection of salads and sauces here, there is also a big parmesan wheel where you can grate your own cheese which I find really cool. 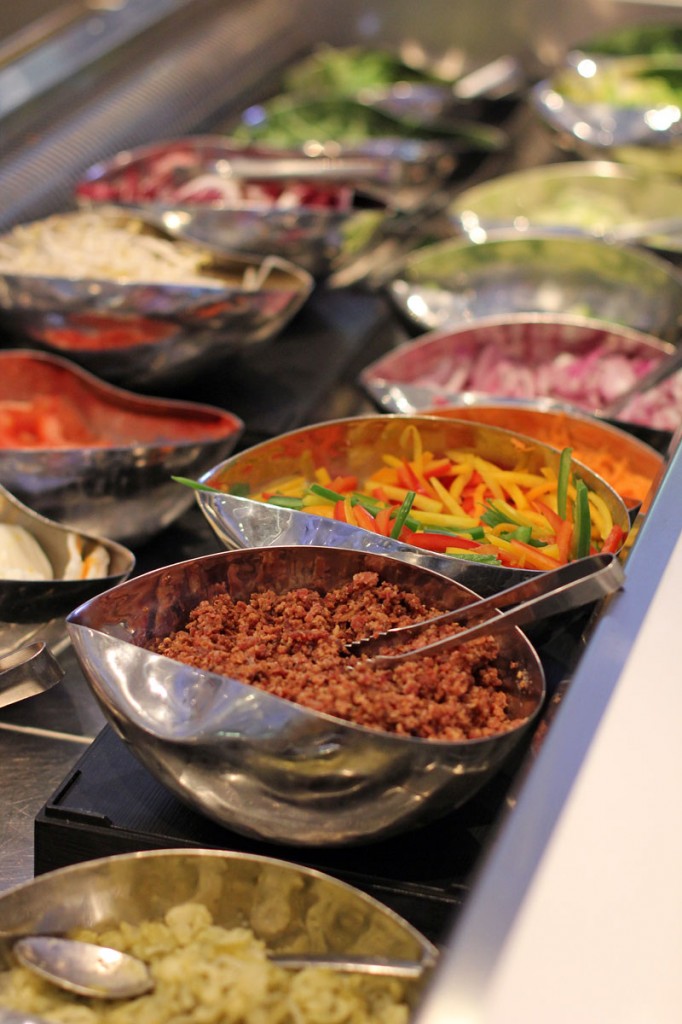 Next up was the Fresh seafood and oyster bar, again there are endless selection.  The oyster bar have lots of fresh oysters, scampi, prawns and crayfish, I tried one of each except for the scampi which I got five of them. 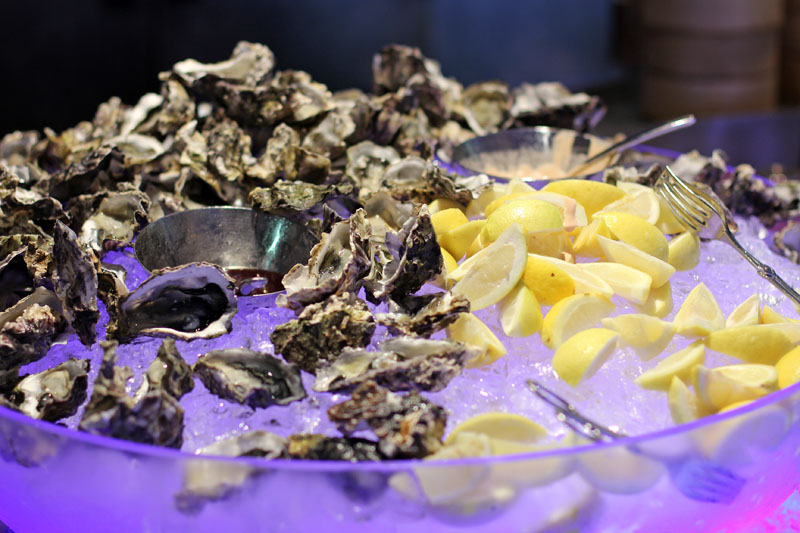 On the Fresh seafood section the choices are Hapuka, Trevally, King Fish, Cod, Gurnard, Snapper and Monk fish to name some.  I got a slice of each Hapuka, King Fish and Monk fish and this were cooked while you wait then served with stir fried noodles. 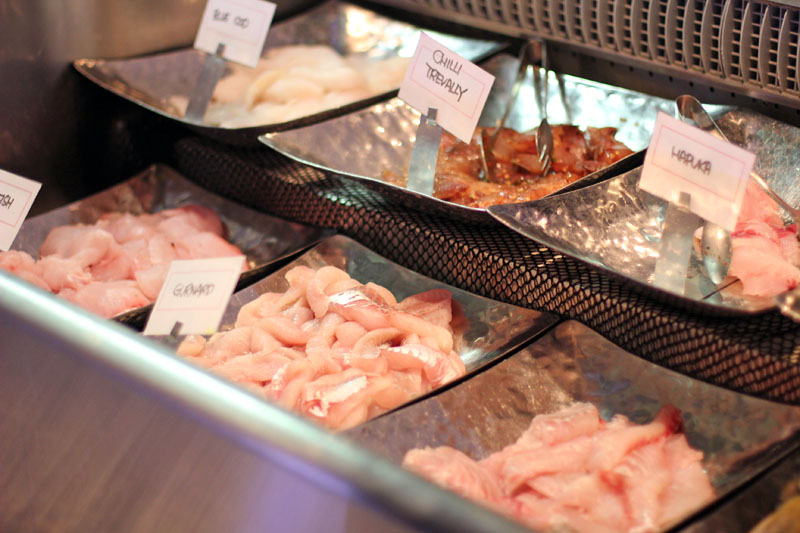 Due to my love of seafood and Japanese food the next stop was seafood again but this time it was sushi and sashimi.  There are at least 15 different sushi on the stand and I wanted to try them all but after giving it some thought that I would easily get full if I’ve done that I only tried seven of them. 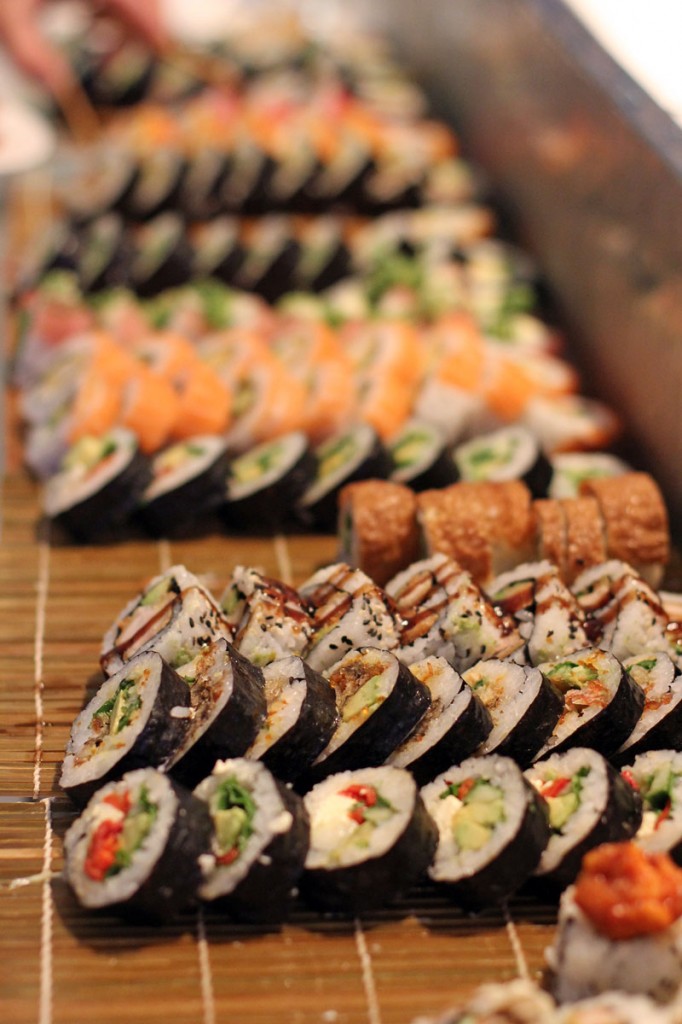 If I can recall them all what I got are the Soft shell crab sushi, prawn tempura sushi, Salmon and cream cheese inverted sushi, salmon and avocado sushi, fresh tuna and tuna mayonnaise inverted sushi, chicken teriyaki sushi, and spicy chicken sushi. 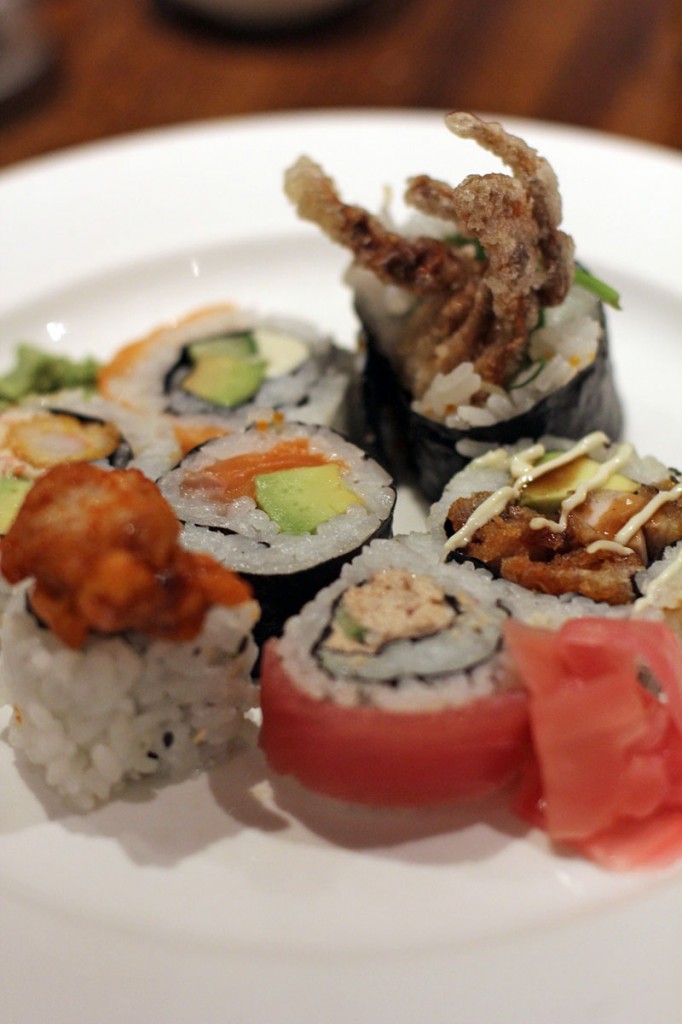 After this we also got some fresh sashimi sliced as you order. At this stage I am half full so me and my daughter shared three slices of each king fish, tuna and octopus. 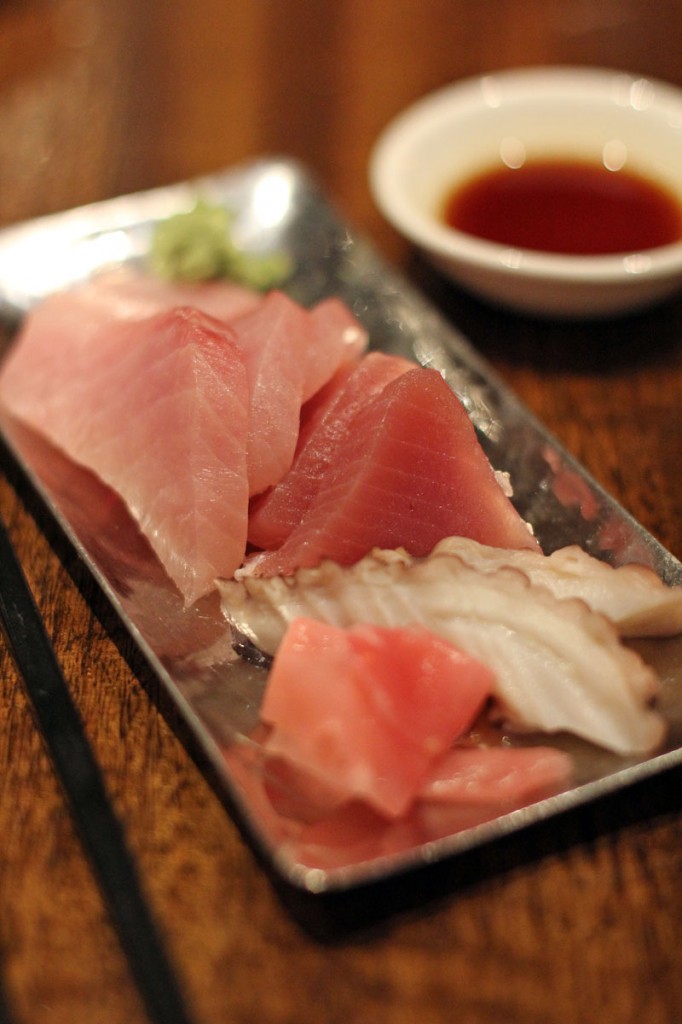 We now paused for a while and ordered some drinks to let all of that food settle.  After 10 minutes the gluttony starts again.  We headed for the Dim sum kitchen where we grabbed some barbecue pork buns and different dimsums. 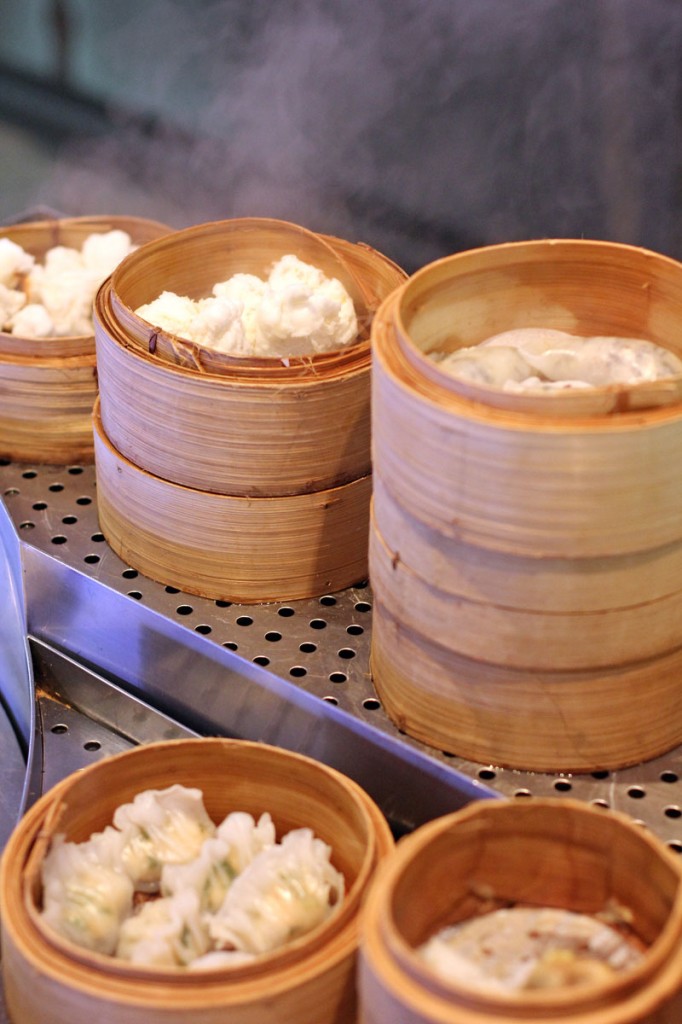 Then the American-style grill section where you are presented with different kinds of meat from venison, kangaroo, lamb, rib eye, pork scotch fillet to polenta.  This section also serves stews, risotto, pasta and baked vegetables. 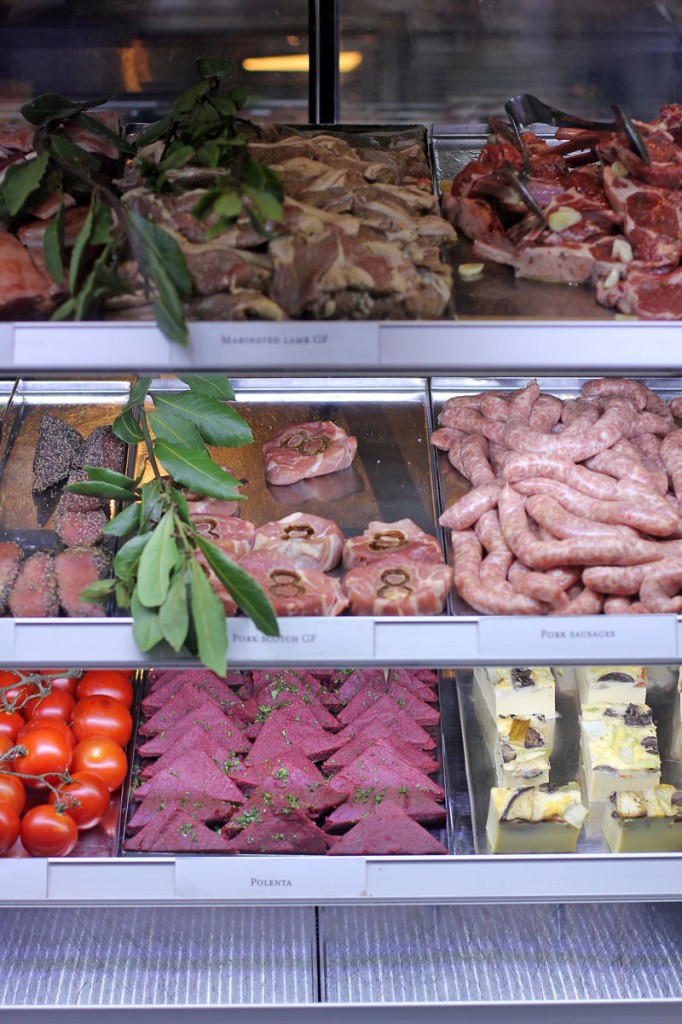 I grabbed some kangaroo, rib eye and scotch fillet while my daughter had some chicken and lamb. 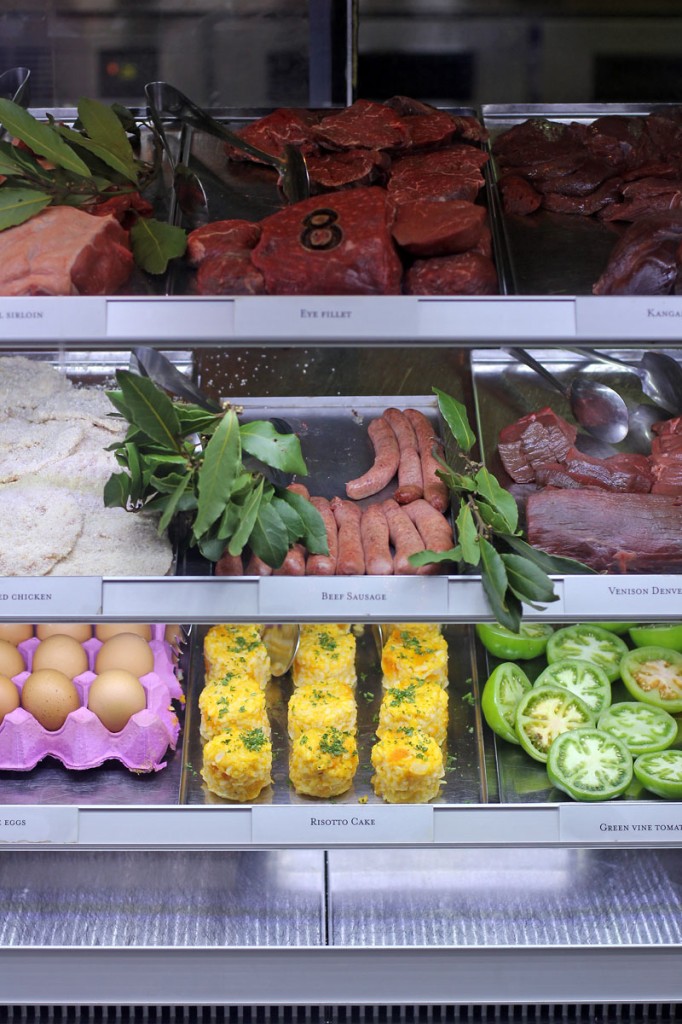 Now I am officially full and only had room for some cheese and dessert.  There was still the Indian curries section where they offer at least 6 to 8 different curry selection like butter chicken and rogan josh.  They also offer naan bread made to order as well as some chutneys that can accompany it.  Here I only tried the naan bread but my wife cannot resist the butter chicken which is a family favourite. 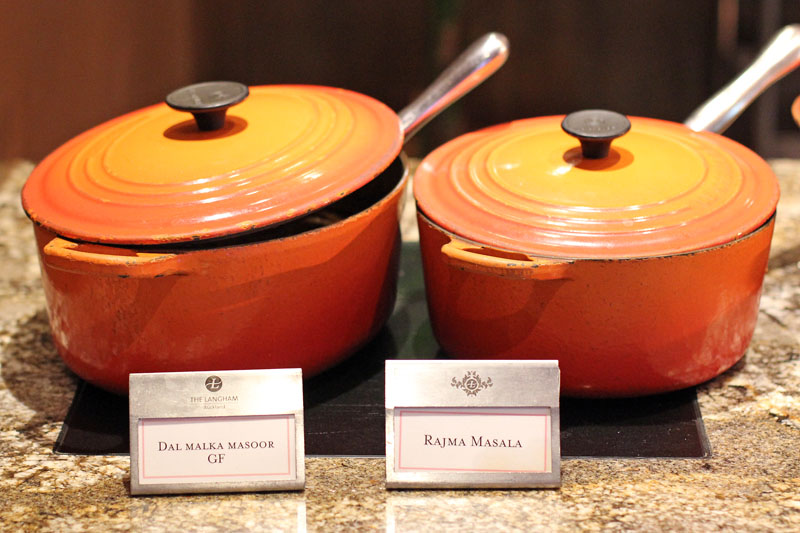 We are now going to the last stages of this dining experience so I grabbed some cheese from the patisserie section. 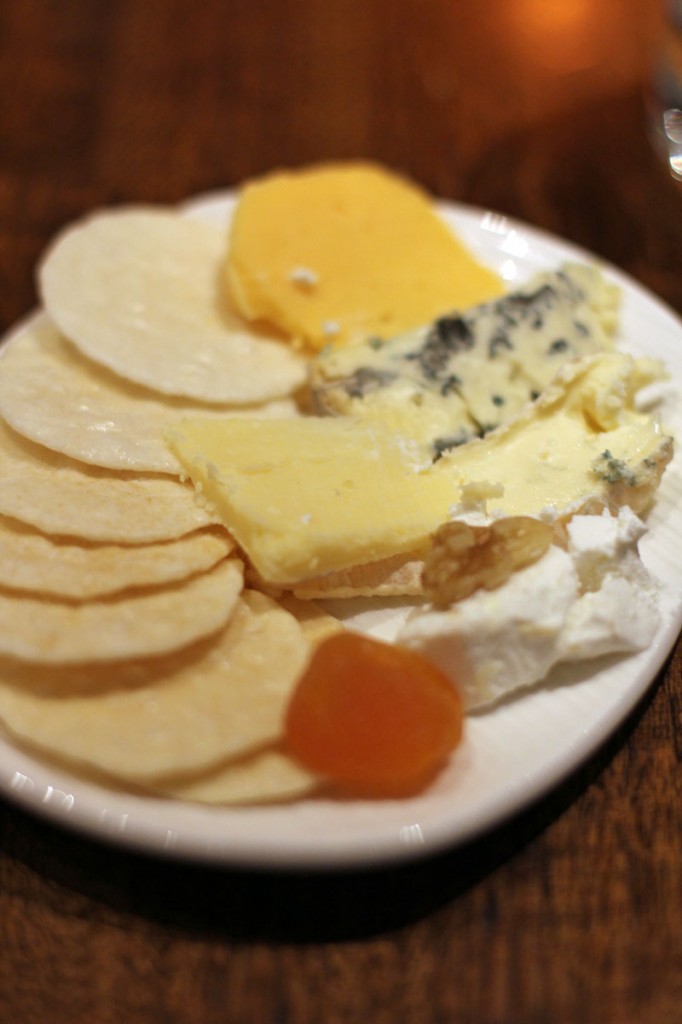 There are also a huge selection of breads, waffles and pastries but I am reserving some space for the dessert.  So I just grabbed some small slices of cheese accompanied with some light crackers.  I tried some brie, blue cheese, cheddar, feta and camembert. 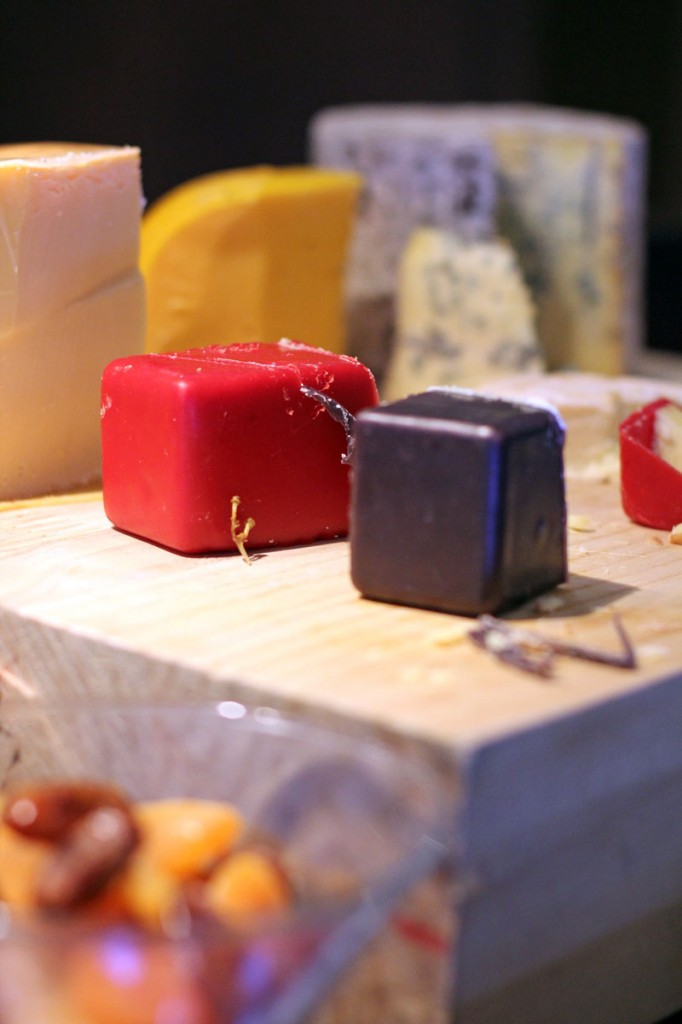 Finally dessert! There are at least a dozen choices from pannacotta to baked cheese cake, I did manage to try four of them shared with the wife and daughter.  I did not take note of their names but here they are. 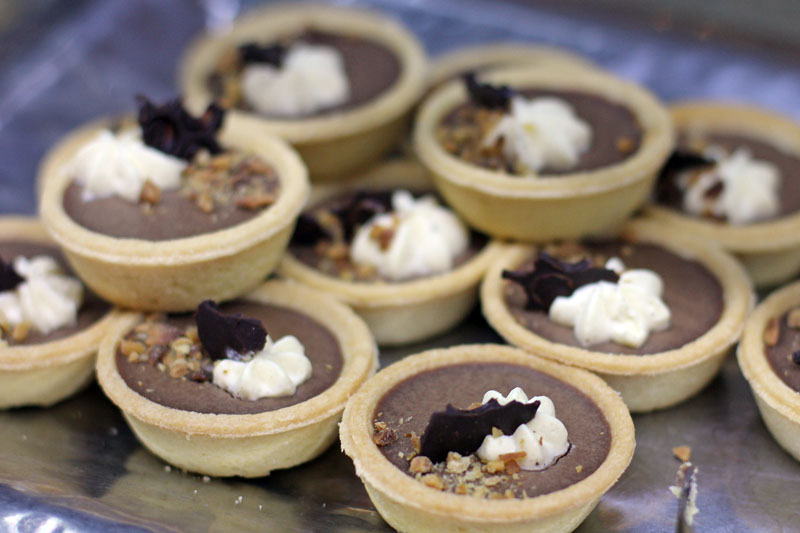 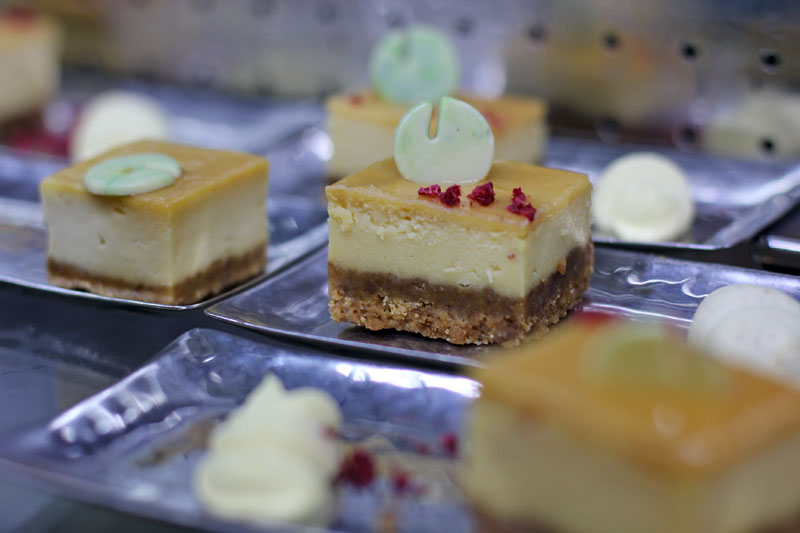 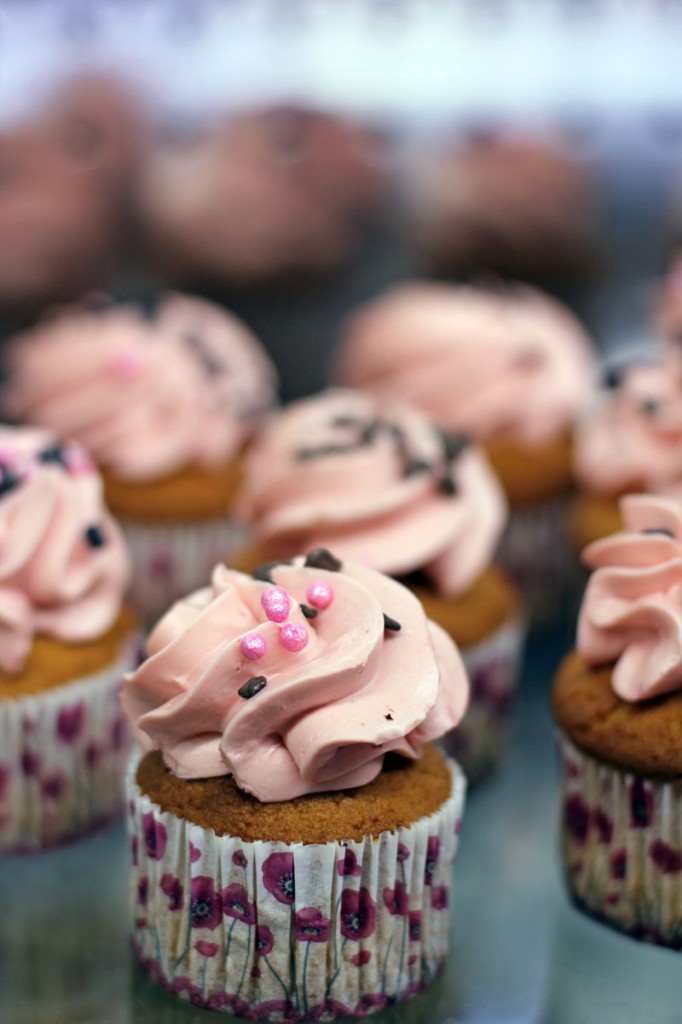 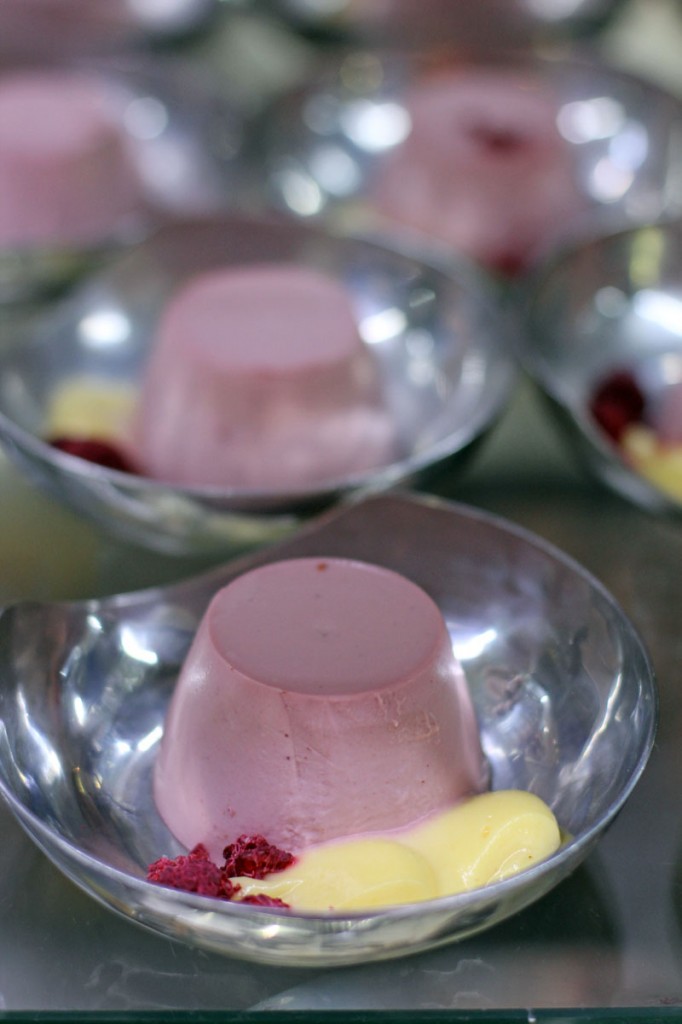 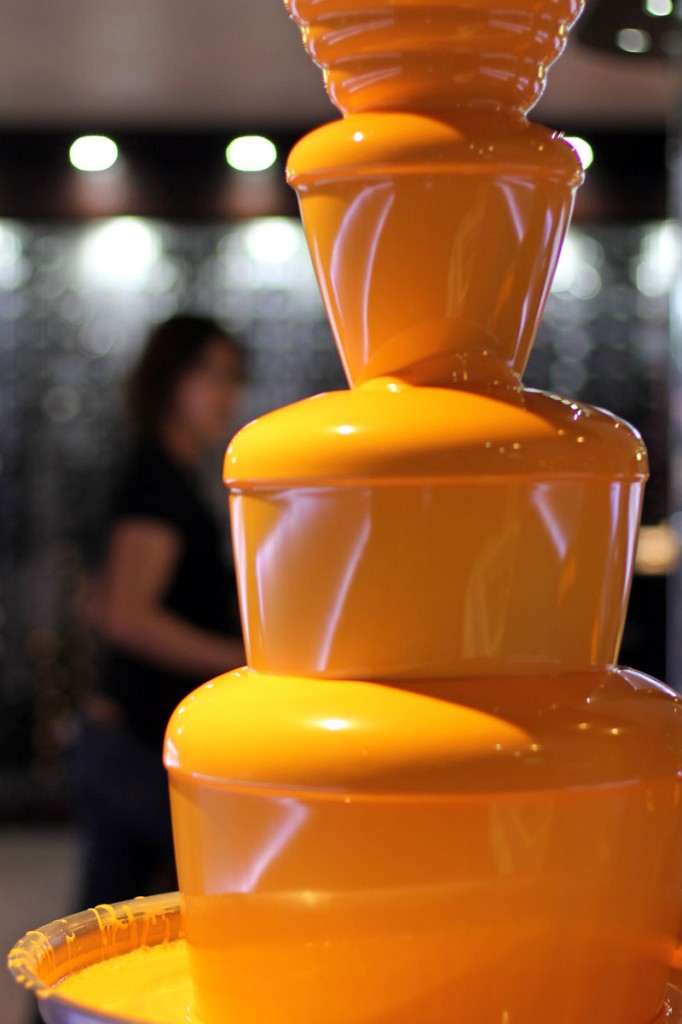 and some Movenpick ice cream which finished it all. 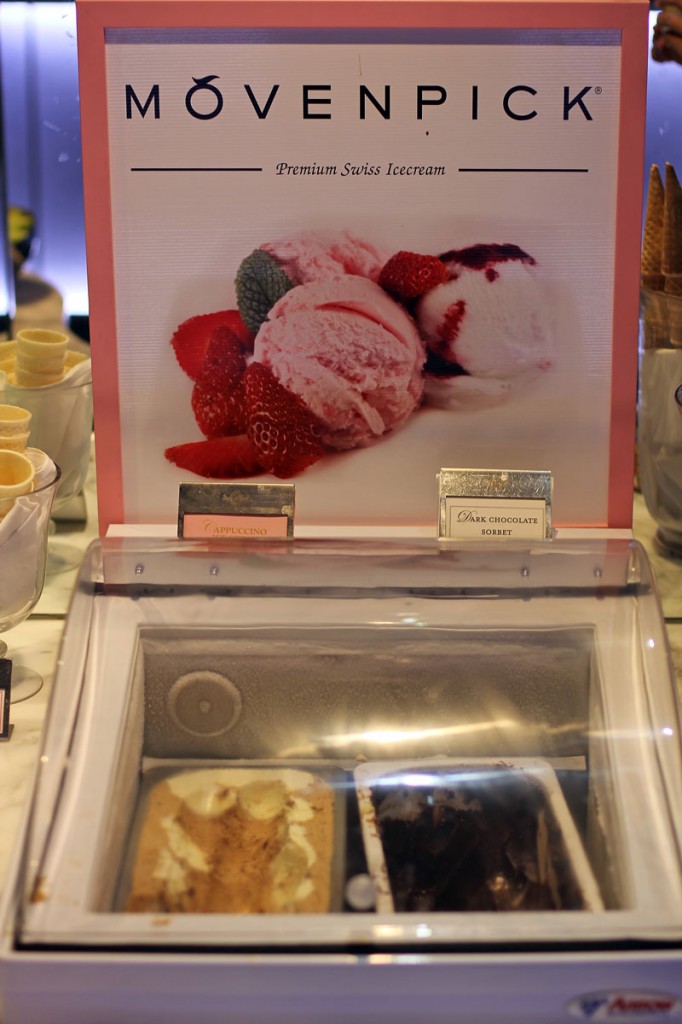 All the dishes we tried is amazing, seafood and meats are fresh and the staff in the kitchen was amazing. I guess we only tried a third of what is available to us so I those will be the ones that we will be trying on our next journey there. For NZ$80 – NZ$100 (depending on the days) per person I guess it is all worth it.