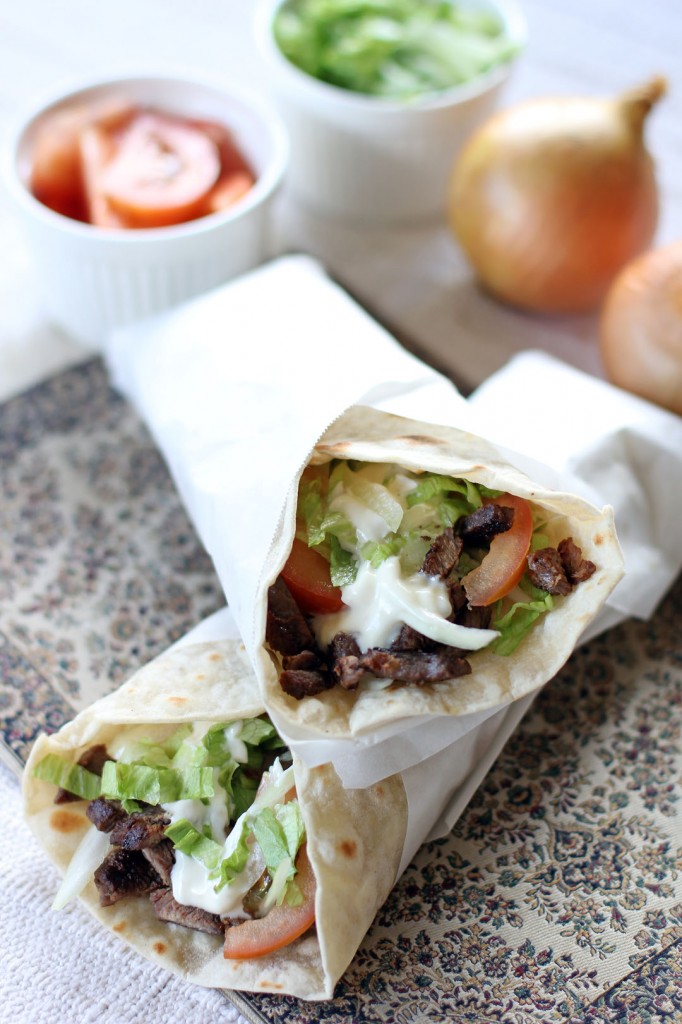 Gyros is a Greek dish made out of roasted meat cooked on a vertical spit wrapped in a flat bread together with vegetables, spices and different types of sauces. This dish is Greeks own version of fast food as it can be seen almost anywhere in Greece like hamburgers in America, having said that sometimes it is also offered with French fries on the side.


The name gyro came from a Greek word that means “turn”, which is the cooking method used on the vertical spit grilling of meats. It is said that this dish like the Middle Eastern shawarma and Mexican tacos al pastor was derived from the Turkish doner kebab which was first created in Bursa during the 19th century. Gyros then in Greece believed to have been brought over by “Giorgos” in Thessaloniki in 1900.

Beef Gyros is a Greek dish made out of roasted beef cooked on a vertical spit wrapped in a flat bread together with vegetables, spices and different types of sauces. 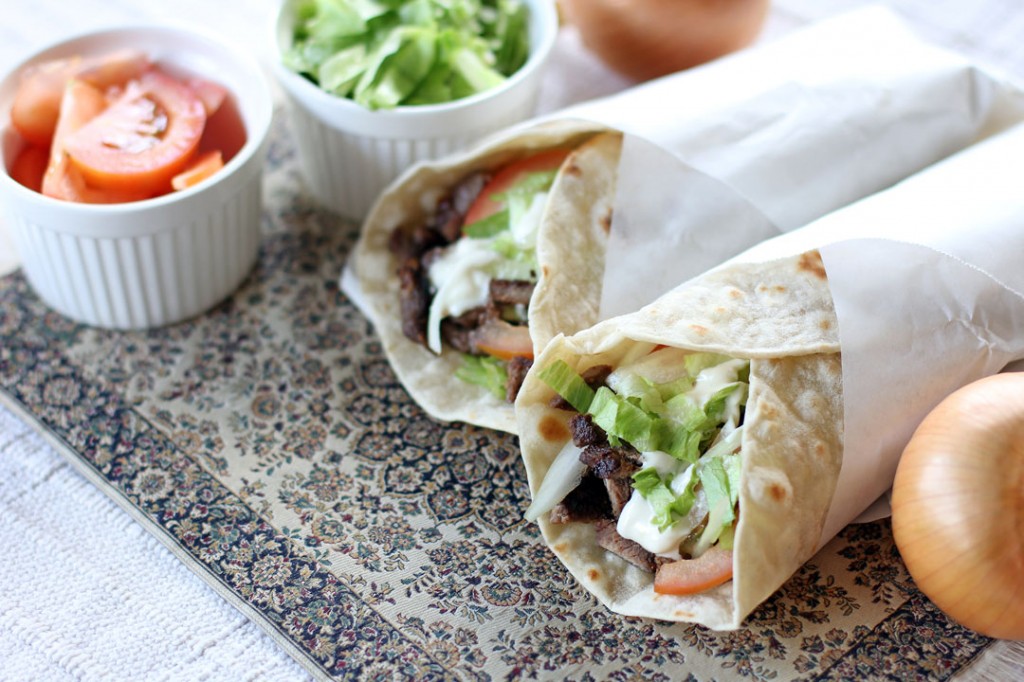