Guest Post : Shirley from What about Second Breakfast featuring Fen Si with Shrimp

Today’s Guest is Shirley from What about Second Breakfast, a blog where you see a good selection of Asaian recipes like rice dishes, noodle dishes and curries but most importantly a lot of amazing baking! Just look at this braiding perfection, this decadent goodness and this chocolate sensory overload. I guess I will let those posts speak for itself. Anyway for today it’s not about baking its more about heritage which I guess we offer a lot here at Ang Sarap hence we have this really nice Asian dish called Fen Si by Shirley.

I’m Shirley of What About Second Breakfast?, and I’m honored to be guest-posting for Raymund! Ang Sarap is always looking good, and Raymund has tackled more Asian recipes, across the many cultures, than anyone I know. I’m a copy editor and staff writer at The Boston Globe, and occasionally review restaurants south of Boston. My personal blog is heavy on baking and other desserts, but for Ang Sarap I turned to my heritage. I’m a native New Yorker, but my grandparents were from China and my parents were born in Singapore and Malaysia. 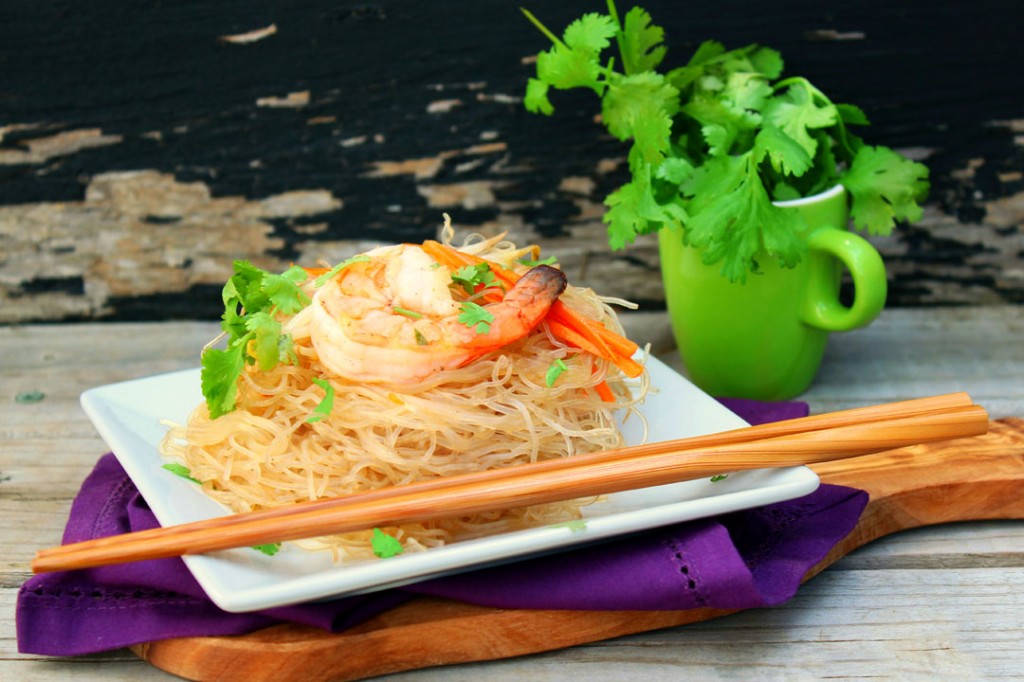 I don’t think there are enough fen si recipes out there. Rice vermicelli seems to get all the attention, popularized in dishes like Singapore mei fun. Fen si is also known as mung bean vermicelli or glass noodles, the latter of which sounds prettier and refers to its opaque appearance. The noodles made of mung bean starch are slippery, bouncy, and smoother than the vermicelli made from rice. Fen si is often made with ground pork, which is the way my mom cooks it. This recipe is derived from hers, but I substituted shrimp for the pork and added carrots and bean sprouts, which I would never have eaten as a kid because I was picky and hated vegetables. This fen si is a simple dish but comforting, and reminds me of my childhood days. If you must amp it up, you can go my dad’s route and pour on the hot sauce. Hope you enjoy it.