Filipino Style Coconut Macaroons are sweet confections that are made out of dried coconut strips mixed with eggs, butter and condensed milk which are baked then served like mini muffins. 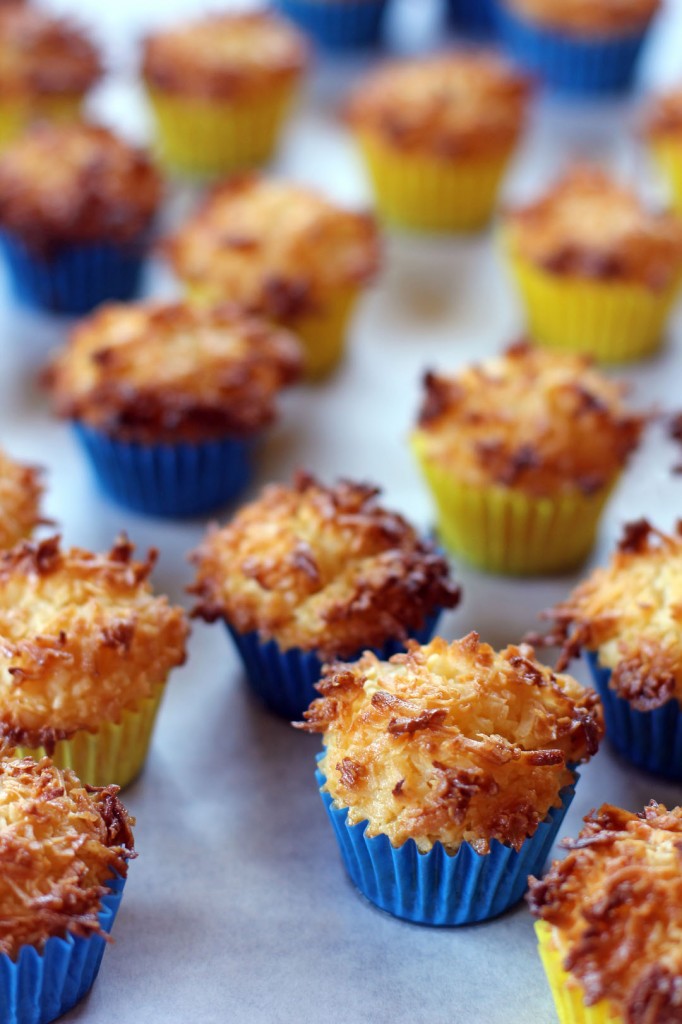 Macaroon is a generic word to define any light and baked confection usually presented as small cakes or meringue-like cookies. There are many variations of this small dessert from coconuts to almonds and meringues. The word macaroon came from the Italian word maccarone or maccherone which is derived from the word ammaccare, meaning beat or crush. That definition pertains to the almond paste which was used as the main ingredient of the original macaroon recipe. Though all variations of macaroon are so different to each other they all contain sugar and eggs. This recipe contains brown sugar but you can also use its substitutes like palm sugar.

As history suggests the first version of macaroon is a type of an almond meringue similar to amaretti and it all started by monks in an Italian monastery during the 9th century. Then it was passed over to France in 1533 when monks coming from the same monastery seeked asylum in France together with pastry chefs and two Benedictine nuns named Sister Marguerite and Sister Marie-Elisabeth. These two sisters paid for their accommodation by baking and selling macaroon cookies and later on become popular and known as the “Macaroon Sisters“. Later on Italian Jews adopted the recipe because it has no flour or leavening, which can be consumed during the eight-day observation of Passover. Gaining popularity with the Jewish community it was then passed to other European Jews. Later on coconut was added to the recipe and some even totally replaced it like the ones we have in the Philippines. If you compare the French macaroon to the Philippine one you won’t even notice they had the same roots.

For those who haven’t tried this recipe, it is way much easier to prepare compared to its French counterpart, in fact this is one of the easiest desserts to make.

Filipino Style Coconut Macaroons are sweet confections that are made out of dried coconut strips mixed with eggs, butter and condensed milk which are baked then served like mini muffins.