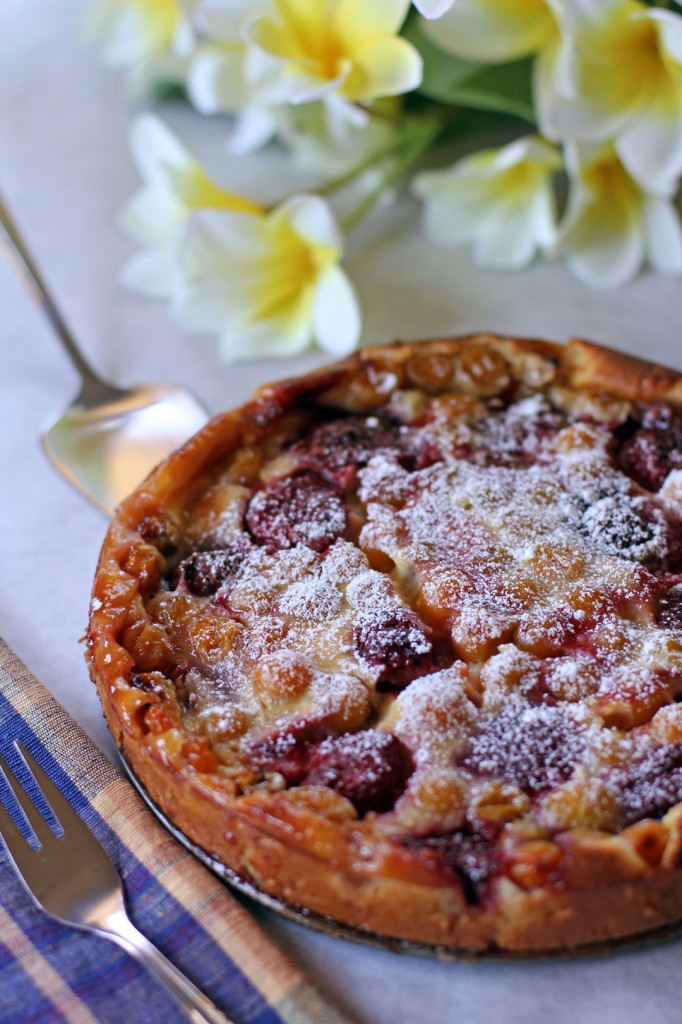 Flaugnarde is a French dessert made with thick flan-like batter filled with fruits like apples, berries, peaches, plums, prunes or other fruits topped with powdered sugar. Flaugnarde is a variation of Clafoutis which is basically the same dish but only using cherries. Traditional Limousin clafoutis uses unpitted cherries which adds a different flavour to the dish when cooked but in today’s versions cherry pits are removed prior to baking.

Clafoutis originated from the French region of Limousin during the early 19th century. The name came from the word “clafir” which means “to fill”. This dessert traditionally uses black cherries, if other fruits are used it is then called as flaugnarde. Flaugnarde on the other hand came from the word “fleunhe” which means “soft” or “downy” which describes the texture of the flan like batter.

For this recipe we will be using some Cape Gooseberries that my colleague Sue (who loves cooking as well) gave me, this is the first time I tried or even saw this fruit so I don’t know what to expect, together with that I will be adding some strawberries in to add some more depth in flavour. The result was simply fantastic, the sourness of the Cape Gooseberries matches well with the sweet flan and the strawberries, a really nice and light dessert best enjoyed when served warm.