Bento Bowl for those who does not know is a term for defining a packed meal in bowls found in Japanese cuisine, similar to “Baon” in Philippines, “Dosirak” in Korea or “Biandang” in Taiwan. 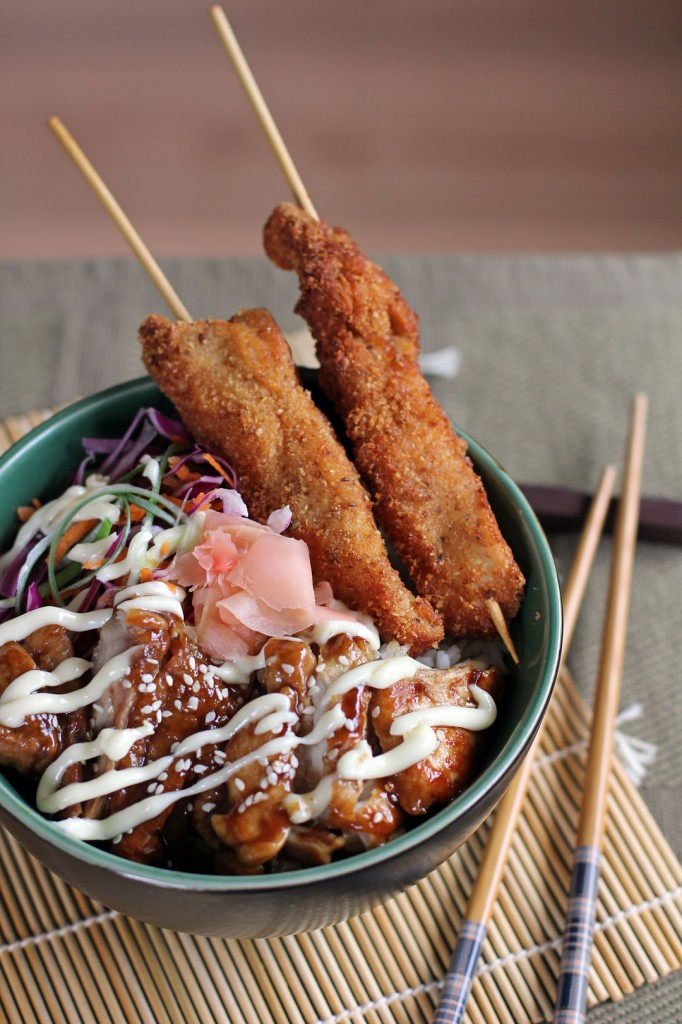 Bento for those who does not know is a term for defining a packed meal (home or takeaway) in Japanese cuisine, similar to “Baon” in Philippines, “Dosirak” in Korea or “Biandang” in Taiwan. Traditionally a bento uses a boxed shaped container which is filled with different food items such as rice, meat, vegetables (pickled, cooked and uncooked). Knowing how Japanese food are good in presentation these packed meals are arranged in a very presentable manner, some even go extreme and different styles are used like “kyaraben” or “character bento” where they decorate these food items like anime or manga characters another approach would be “oekakiben” or “”picture bento” where it is decorated like people, animals, houses, plants and flowers.

Though the Bento arrangement may look modern, the origins of it can be traced back during the 12th century (Kamakura Period) when cooked and dried rice called hoshi-ii was invented, this rice dish can be eaten as is or is boiled with water, it is then stored in small bags. Then during the 17th century (Edo period) it became wide spread where bento became very common for travellers as they wrapped their food items in bamboo leaves and even in wooden bamboo boxes. Cookbooks during this time also published the ways to cook, prepare and pack bento food items. Before World War II it became really popular to students and sometimes bento boxes became social status symbols as different expensive bento boxes were used by rich students while wooden ones are used by the poor. After World War II the practice of bringing bento to school declined as schools provided uniform food for all students and teachers to avoid these differences. Then 1980′s came and bento become popular again thanks to the help of microwave oven and convenience stores where bentos are conveniently sold in over the counter packages and easily reheated.

For this post we will not use a bento box but a bento bowl, it contains the same thing as what a bento box can hold but we will serve it in a bowl, after all we don’t need to pack this one. I am not sure whether there is such a thing in Japan but I got the idea of bento bowl in a Japanese Fast Food restaurant (St. Pierre’s Sushi) where I always had lunch with my ex-colleagues before. For this bento I will be serving Chicken Teriyaki, Tonkatsu (pork cutlet) on stick, Japanese Slaw and rice.

Bento Bowl for those who does not know is a term for defining a packed meal in bowls found in Japanese cuisine, similar to “Baon” in Philippines, “Dosirak” in Korea or “Biandang” in Taiwan.