Corned Beef with White Onion Sauce is a simple boiled sliced corned beef silverside served with a creamy white sauce made out of onions, cream and milk. 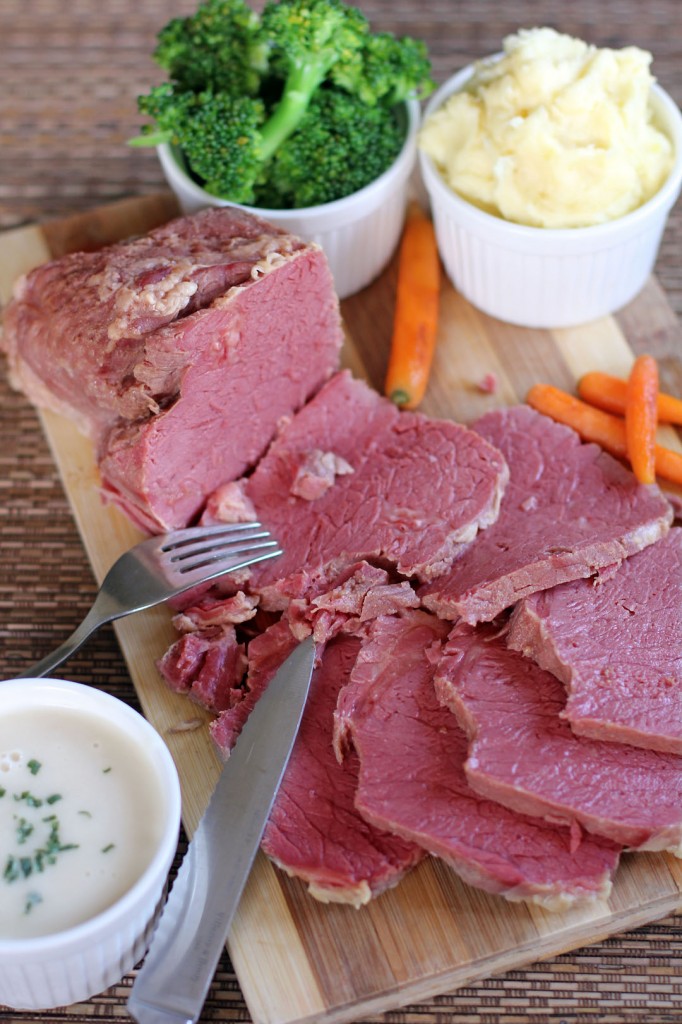 Before I really got interested into cooking the only corned beef that I know of is the canned version and I do love it specially the Palm’s Brand the taste is just addictive, it’s like KFC or New York Style pizza where you know it’s not healthy but you still kept on eating it. I also remember when I was a child I thought they wete made by letting the cows eat a lot of corn that’s why it tastes so yummy. So for those who have that same belief then I must tell you it’s not really like that and the same goes with chocolate milk and strawberry milk (cows don’t eat a lot of chocolates and strawberries). The word “corn” in corned beef means grains of coarse salts rather than the maize that we know of, these salt is then used in brining the meat hence its salty nature. Now you will also notice that the colour is pinkish, this is because of the Potassium Nitrate added to the brine where the meat is cured on which acts as the preservative for the meat.

Corned Beef have been there for quite some time and in fact it originated on Ireland way back in the 12th century. During those time only royalties can eat this food as beef was a rare and a valued dish, to add to that salt during those times was really expensive it is even used as a payment for different services rendered (remember the word salary came from the word salt) and cattle are not meant to be eaten during those days and only used for milking, it can only be consumed when it cannot yield milk anymore.

For today we will be making are really simple dish, Corned beef in white onion sauce which we will be serving with some vegetables and mashed potato.

Corned Beef with White Onion Sauce is a simple boiled sliced corned beef silverside served with a creamy white sauce made out of onions, cream and milk.