Pear Tarte Tatin is an upside-down tart where pears are caramelized in sugar and butter then baked in puff pastry. This delicious dessert originated at the Hotel Tatin in Lamotte-Beuvron, France during the 1880’s by accident. 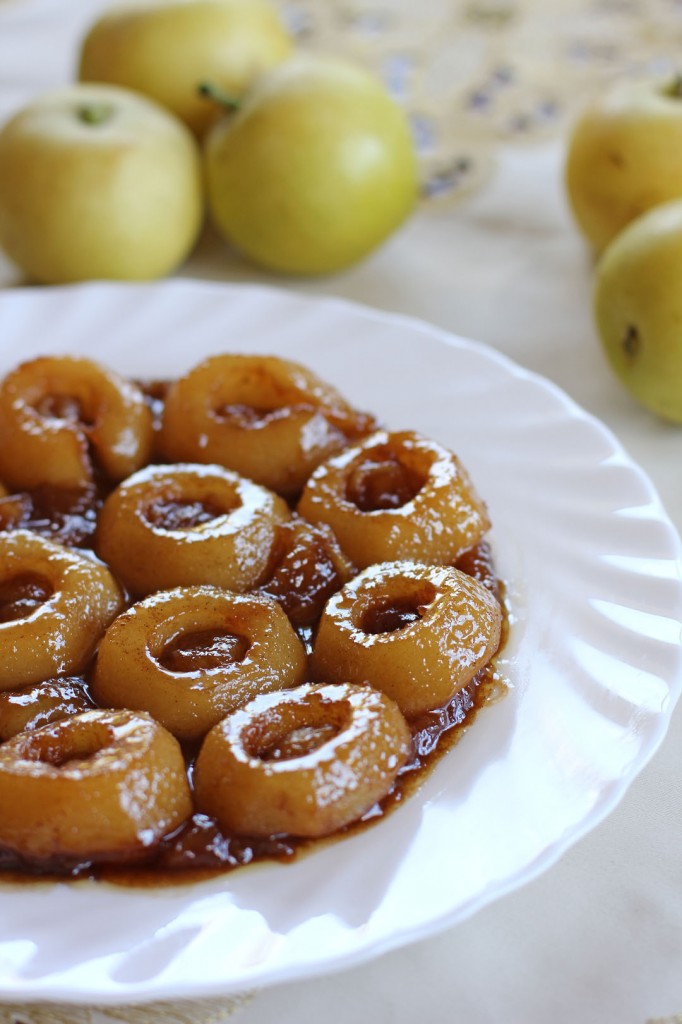 If you live in New Zealand then it is common in offices where a colleague brings once in a while a lot of fruits in the table for everyone to share, this is because most of the average homes here have their own fruit trees from peaches, apples, plums, lemons to pears. Several weeks ago my boss brought a box full of Nashi pears and one thing popped up in my mind, I will get a lot of them and make some Tarte Tatin.

Tarte Tatin is an upside-down tart where fruits are caramelized in sugar and butter then baked in puff pastry, usually apples are used but pears, peaches, pineapples or any fruits can be used. This delicious dessert originated at the Hotel Tatin in Lamotte-Beuvron, France during the 1880’s by accident. It was said that Stéphanie Tatin one of the hotel owner created this tart when one day she was making some apple pies. Since she was so tired and overworked she forgot that she was preparing it hence it started to burn a bit and smell. To rescue the dish she tried putting pastry on top of the caramelized apples then baked them in the oven, when it was cooked she then turned it upside down and served it to her guests. It was a positive response and she was surprised that people enjoyed it, since then she started serving this version of apple pie and became the signature dish of the Hotel. Initially it was not called a tarte tatin and it was named by Louis Vaudable. History suggests that Louis Vaudable, the owner of Maxim’s restaurant once tried it and loved it, he then asked the kitchen how it was made but he never got the secret recipe. What he did is he applied as a gardener at the hotel. Three days after he got fired for not doing a good job but during those three days he got the secret recipe and sold it in his restaurant as “tarte des demoiselles Tatin”, the name tarte Tatin was then born.

Well today it’s not a secret anymore as everyone enjoys this nice simple dessert, we will be using pears in this instance and here is my version.

Pear Tarte Tatin is an upside-down tart where pears are caramelized in sugar and butter then baked in puff pastry. This delicious dessert originated at the Hotel Tatin in Lamotte-Beuvron, France during the 1880’s by accident.