This Chermoula Grilled Chicken served on Pita Bread is a North African inspired chicken marinated in herbs like parsley and coriander combined with spices such as cumin, smoked paprika and turmeric. 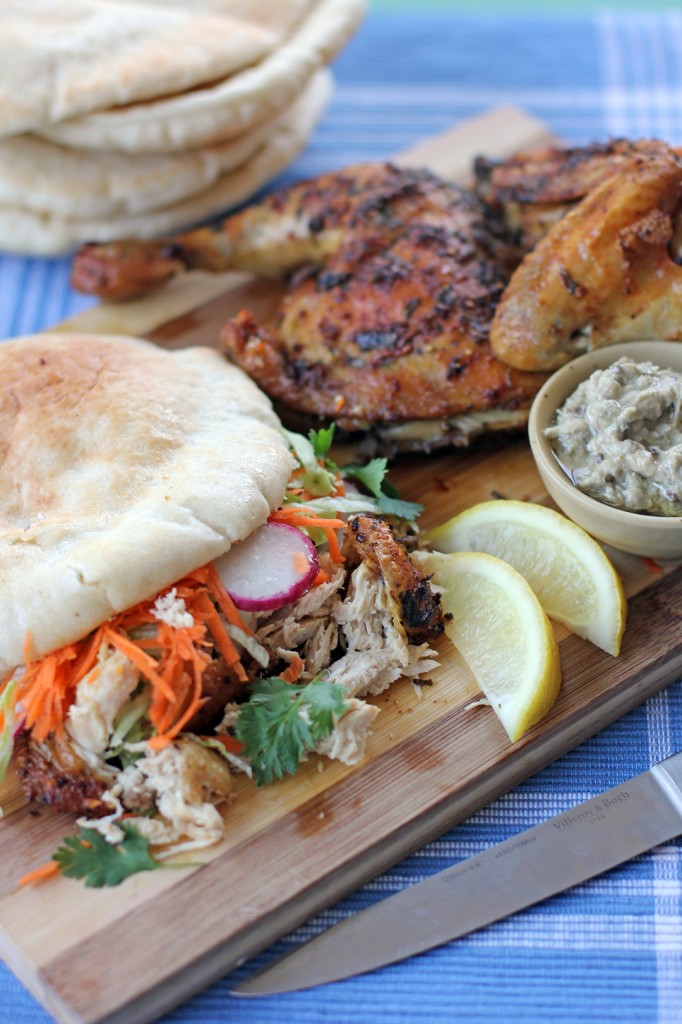 Chermoula for those who haven’t tried or heard of it is a popular North African marinade which is usually used to flavour seafood and meats; it is a good replacement for those who do not like hot marinades but want to enjoy the robust flavours of North African Spices. Usually it is a made out of herbs like mint (if used for lamb), parsley and coriander (for other meats) combined with spices such as cumin, smoked paprika and turmeric. Additional ingredients are also added like oil, lemon juice, garlic, onion and salt to give it a refreshing flavour. Then for some people who like it hot cayenne pepper can also be added.

I know its winter there for most of my readers but down under it’s hot and sunny so forgive me if I am posting some recipes that remind you of summer. This recipe is nothing different it is everything great for the summer; grilled chicken, light salad and baba ghanoush cooked in open flame served in pita bread you can even make it while having your barbecue picnic at the beach.

This Chermoula Grilled Chicken served on Pita Bread is a North African inspired chicken marinated in herbs like parsley and coriander combined with spices such as cumin, smoked paprika and turmeric.