There are a lot of Chinese restaurants here in Auckland and most of them are too good to be compared with others with the same level as they are pretty much alike, like this restaurant Lucky Seafood Restaurant in Somerview, Manukau. 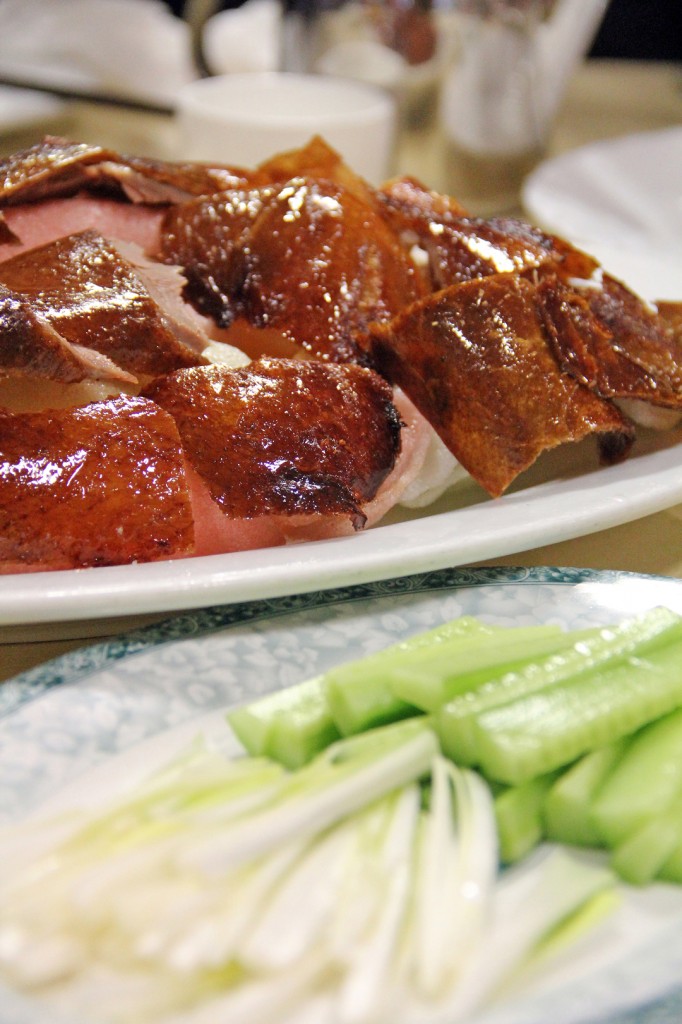 There are a lot of Chinese restaurants here in Auckland and most of them are too good to be compared with others with the same level as they are pretty much alike, like this restaurant Lucky Seafood restaurant in Somerview, Manukau. As with other Chinese restaurants you will expect usual Chinese dishes as well as the usual look and feel, round tables covered with white linen cloth and aquariums filled with fresh seafood ready to be ordered but one thing is missing, the noise that is common to most Chinese restaurants. For others this might be a bad sign as a lack of people means their food is not great but that’s not true as everything we ordered was fantastic. Just looks at these other reviews I found online from Menu Mania and Trip Advisor

This was suggested by one of my Chinese friend when we had a despedida dinner for one of our friend who is going back to Canada, he suggested it so that we can have a nice conversation with each other without being bothered with the noise of other people surrounding us. Surprisingly enough we did have a normal conversation without shouting at each other to hear what we are saying, I think we are even the nosiest one around even there were 2 big celebrations that happened at the same time. Anyways let’s just go to the food.

We were promptly greeted and sent to our respective tables, tea was served (I think it was Oolong) and then we let our Chinese friend to order, he will know better than us. First on order was a typical Cantonese vegetable soup placed in a really large soup bowl. The soup is made out of Asian Green and large chunks of carrots, service was good as this was the first time I saw a Chinese restaurant here serve soups individually.

Second was a two course duck meal, and for those who are not familiar what is that, basically it’s a whole duck served in two courses. First course was duck skin served with cucumber, spring onions and hoisin sauce in Asian pancakes. The second course was finely chopped duck meat and vegetables served with lettuce, both dishes are served deconstructed and wrapping had to be done by the diner. The duck skin was amazing, it’s crispy and it is thicker than normal as it contains a thick slice of meat on it. The second course was also good, well-seasoned and the lettuce was so fresh and crispy. Again the service here was excellent as when the next dishes came the waitress kindly asked us if she can place the leftover duck courses in a smaller plate to accommodate more dishes coming through.

Next up was the deep fried pork ribs, this was so tender and surprisingly enough not to oily.  One of my favourites after the duck skin pancakes.

Then came the stir fried green beans which again never let me down, it was one of the best green beans I had tried.  At this stage I asked my Chinese friend whether it was really green beans as when I cook this at home I don’t get the same effect that you see in Chinese restaurants where it seems like there is a thin sheet of translucent skin outside the green beans.  Is it some sort of coating applied or a different variant of the green beans, apparently it is the normal green beans we are used to and the cooking process that makes the difference.  According to my friend it is flash deep fried in really hot oil which in effect cooks it really fast retaining its crunch at the same time the outer skin of the beans separate from the body similar concept when you burn your fingers badly water would separate the outer skin from the inner skin.

Lastly a wonderful large steamed blue cod was served, I love its flavour and its texture, I know I am highly allergic to this fish but still I manage to get a spoonful of it even my wife and daughter told me not to. My daughter was the first to get the fish head as she loves it so much. 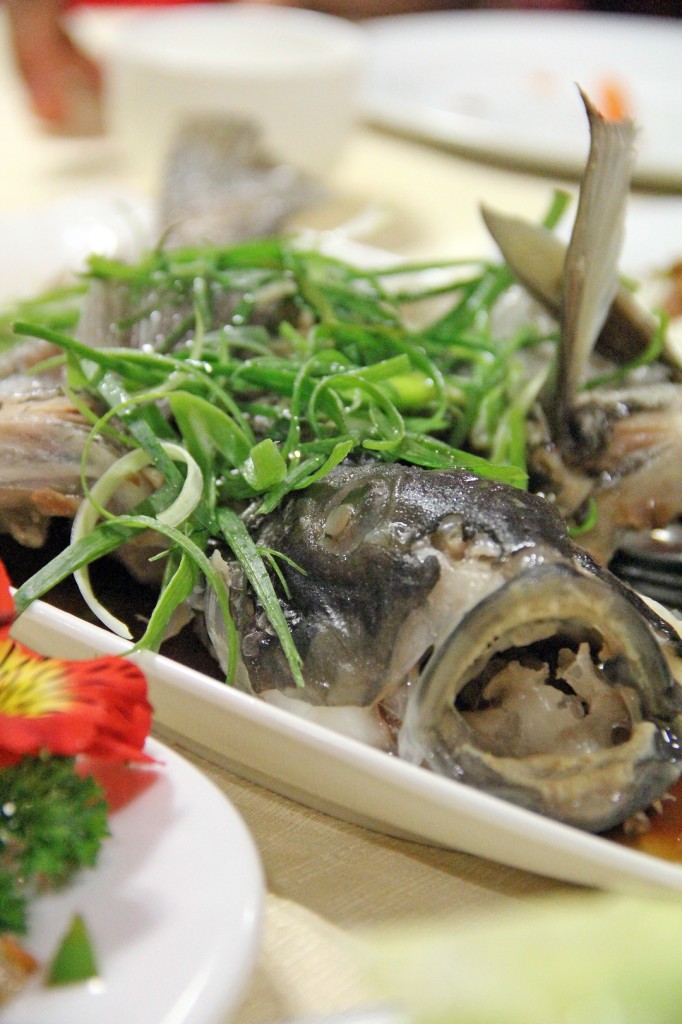 Everything was fantastic and servings were huge, there were 5 adults and 1 child and still we manage to get four takeaway boxes full. So if you want some good Chinese food and a quiet place this is the best one I can suggest.  Find them in the details below