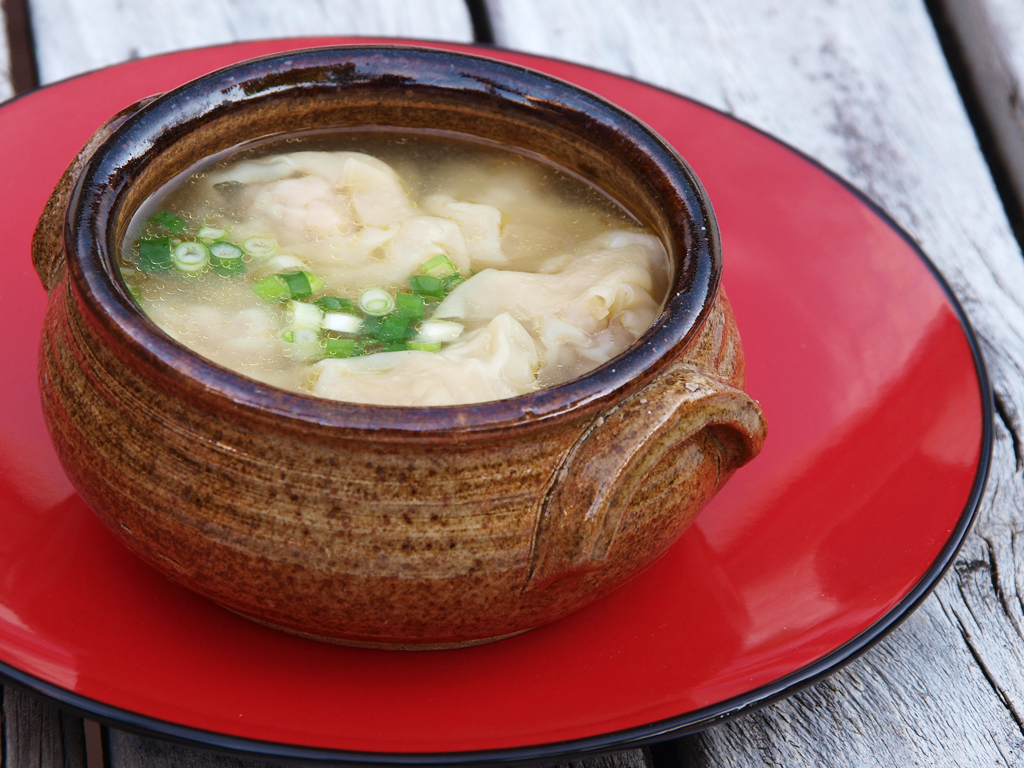 Wonton or Wantan is a type of dumpling made out of thin square wrappers filled commonly with pork, shrimps and vegetables. It can be consumed on its own by boiling, pan frying or deep frying, it can also be a part of a dish like soups and noodle dishes.


The history of wonton is closely related to the history of stuffed dumplings in fact the name Wonton if translated to English means “small dumpling”. This dish have been existing for many centuries now and it served as an inspiration of a lot of dishes around the world like the Italian stuffed pastas, the Russian pelmeni and Jewish kreplach. It originated in China and it all started perhaps during the Wei dynasty when steaming was the most common method of cooking buns and small breads, these breads were stuffed with some kind of fillings and cooked in a bamboo steamer of these ancient breads there was a stuffed dumpling called lao wan. Lao wan is made out of wheat flour that is blended with a meat stock, it is then filled with minced lamb, pork, ginger, and onions flavoured with cinnamon, fagara, thoroughwort, salt, and bean relish. This is then served with an ancient meat sauce called ai, a sauce made out of fermented mixture of meat, millet yeast, ale and salt. The size is larger than today’s dumpling but definitely this is the descendant of the wontons we know now due to its close similarity to each other. As time progresses ingredients were simplified to what we know of now.

For today’s recipe we will be making some wonton soup and this is just one of the many ways this wonderful food item can be consumed.

For today’s recipe we will be making some wonton soup and this is just one of the many ways this wonderful food item can be consumed.