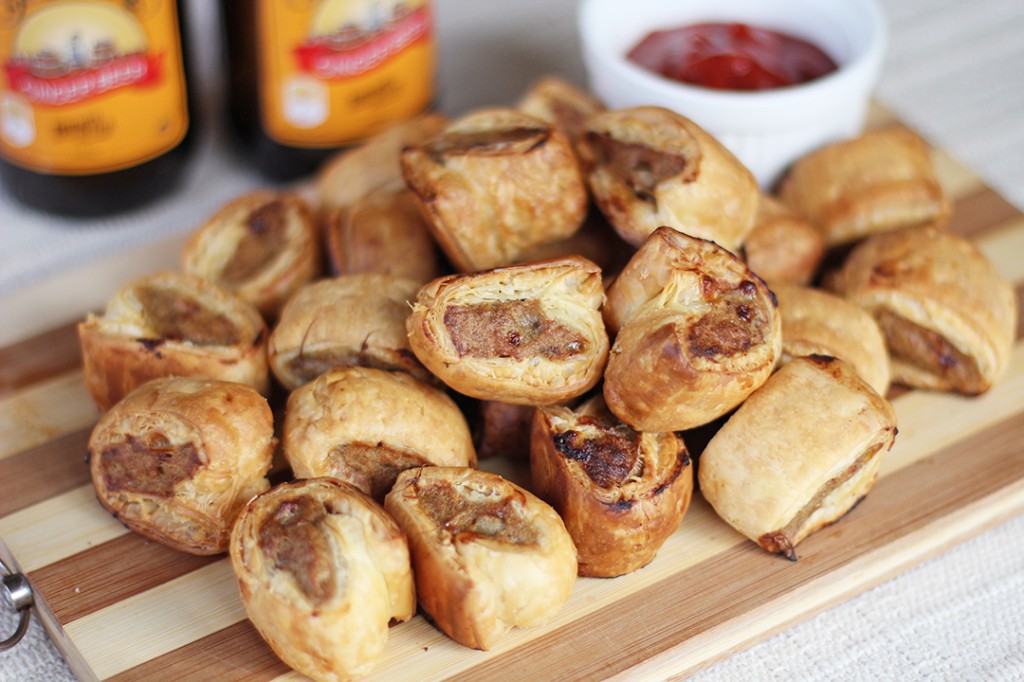 Sausage roll is a type of savoury pastry very popular here in New Zealand as well as Australia. Basically it is sausage meat wrapped in puff pastry then baked until golden brown.  Its origin is most probably British but a lot can debate that it might be the Greeks or Romans as there is no account of its origins up to this date.  The main components though have definitely originated from different places like the puff pastry from the French and sausages from different parts of Europe.  It was just the British who popularized wrapping the sausage meat onto a puff pastry.  Then at some point British settlers in Australia and New Zealand had brought the recipe with them and the rest was history.


This is nearly as popular as savoury pies in this part of the globe as you can see them everywhere from takeaways, petrol stations or even dairy shops.  It is even popularly served on occasions like parties and get together.  A really simple dish to prepare especially if you use the ready-made pastry you can buy on supermarkets, then all you need is a good sausage and you’re good to go.

Sausage rolls is a type of savoury pastry very popular here in New Zealand as well as Australia. Basically it is sausage meat wrapped in puff pastry then baked until golden brown.