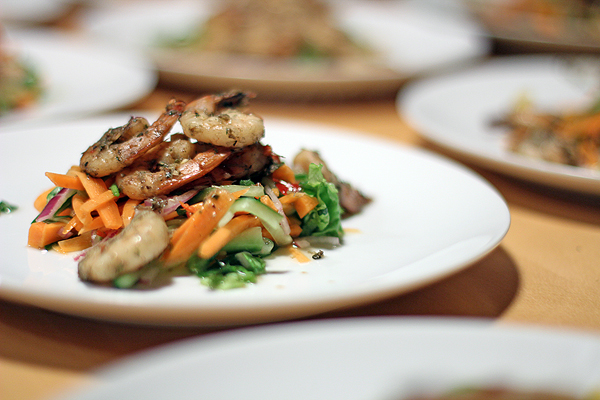 Several weeks ago our office held a conference together with some team building activity in a beautiful location in Matakana, it was a good 2 day event where we had planned, brainstormed and most important of all have fun. The activities involved are some team building exercise where we solve several puzzles, do some archery, rifle shooting, locating land mines (they explode but with high pressure water), paintball and most exciting of all the Master Chef Challenge (If you’re not sure what that is then this link should explain it).

We were grouped into three teams a month ahead the conference so we can plan what we are cooking with a budget of NZ$200.00 to feed 15 people for dinner. Our team got the mains and here is what we presented alongside with the other teams.

Team A who were in charge of the Entree made some grilled prawns served in a salad dressed with chilli lime, it was a good entree and most of us enjoyed the kick of chillies on it. They initially budgeted for 6 prawns each but there were more than that so we divulged more than dozen of prawns for each of us. We did not go ahead with the mains immediately as that was a very satisfying entree, so we waited for 30 minutes to let the food settle down and give time for my mains preparation.

Up next is Team B my team, we had planned to make 2 dishes to be paired with steamed rice cooked with pandan leaves. The dishes are Chicken, Lychees, Grapes and Pineapple Red Curry and Deep fried Crispy pork belly served with sweet liver sauce (For Filipinos this is called Lechon Kawali), after shopping for the ingredients I still have some ample money left so decided to add another one and opted for a side salad called Som Tam.

First up was the Som Tam, this was prepared early so that the flavours would develop and the papaya would absorb it, look at the knife skills of my sous chefs, they did a great job, it’s all hand chopped. I got several reactions to this dish as for most of them this was the first time they tried Som Tam. First they were guessing what the green strips are and were surprised when I told them its unripe papaya. Another unforgettable reaction I got was them asking “what the crispy bits are?” and I asked them why, they said it’s hard to decide whether it’s good or not as its flavour is very unusual, very tasty and seems to addictive. By the way the crispy bits are fried dried shrimps, I just told them think of it as an Asian bacon bits. 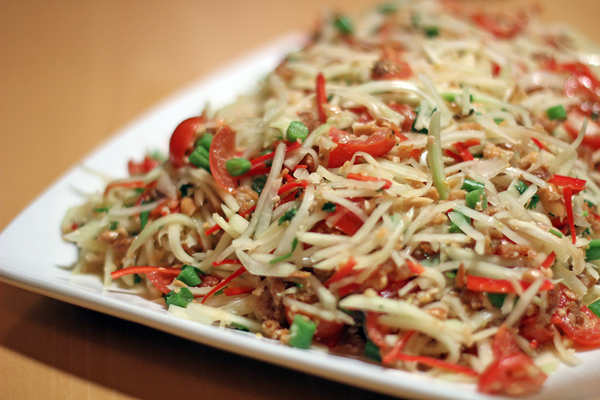 Next was the crispy pork belly, easy to make but really tricky as you have to serve this freshly cooked and rested for around 5 minutes to enjoy its most crispiest state, another challenge is that we don’t have deep fryers so I will have to resort in deep frying it in a normal pot which ended up with some minor mishaps where the oil splattered really heavily at one time hitting my hands. But all worth the effort as when I served it in a large platter was gone in a breeze and they all liked it. 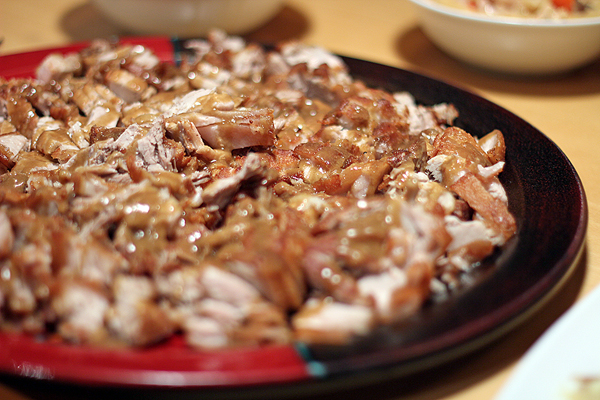 Finally the Chicken, Lychees, Grapes and Pineapple Red Curry a very unique curry I learned from a Thai restaurant near our place, a real good combination of sweet, savoury, sour and spiciness which is true to any Thai food, this was also well accepted and some of them even ended up grabbing a second bowl full of curry and devoured on it without any rice. 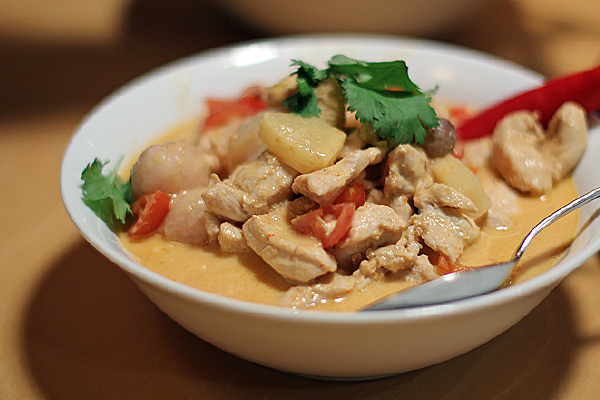 All of those were served with Steamed Jasmine rice cooked with pandan leaves and served with toasted black sesame seeds.

After the mains we head over for the final dish which is the dessert, when it was presented I was impressed as it looked like a hotel quality dish, just look at how it was plated totally opposite of mine as I did not mind plating at all. The dessert is a Pavlova type desert served with lemon curd and dessert wine, it was decadent. A good way to end a really good meal. 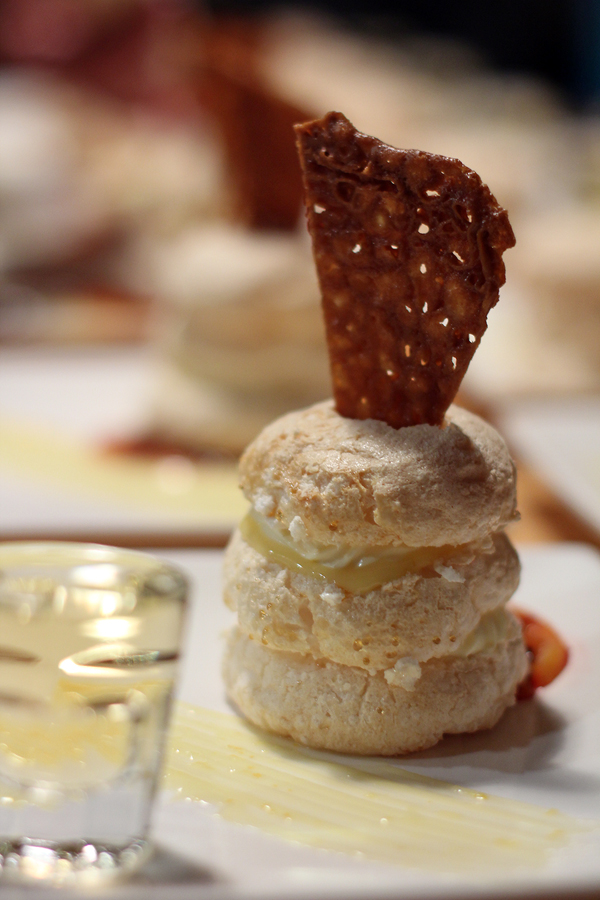 So after the dessert it was booze time 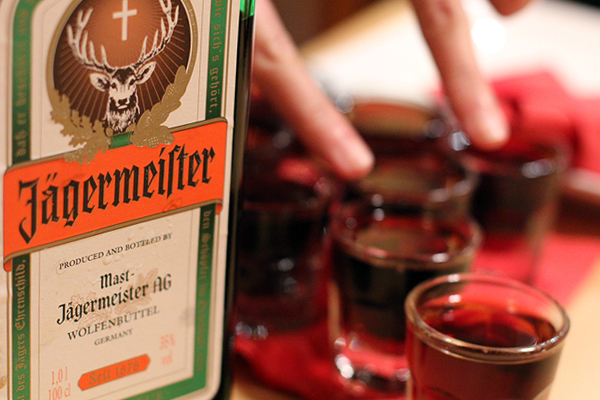 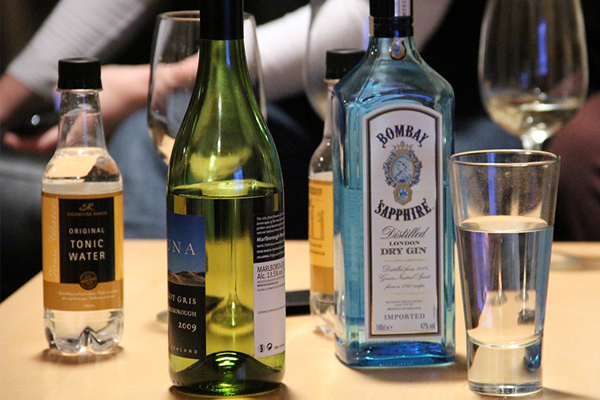 So you might be wondering who won? Well according to the judges they want to make everyone a winner so it’s a three way tie. As for the recipes for my team’s creation I will be posting it soon except for the crispy pork which you can get here. As for the other team building events it will not be subjective as there is time and scores involved so there will be a winner whether they like it or not. And the result is that my team aced on every event except for the archery.