Yes, I know it’s early for this post and it’s not also recipe but don’t panic as we will have two posts for today: one is for this review and another for our food recipe post.  I already had several reviews before but I think this feature will be a mainstay at Ang Sarap apart from the usual recipe post that I do. For today, it would be a review not about a food or a restaurant but (for the first time here in Ang Sarap) it would be a beer!


It was my first time at Sale St though I was invited before by a colleague but I didn’t turn up due to the busy schedule. Unlike normal NZ establishments that are small for Aucklanders this one is capacious. It’s as par as what we have in the Philippines or US where it can accommodate I guess around 500 patrons or more. Each table settings are different, you would think that you are visiting different homes every time you change tables. Outside looks typical New Zealand deck but with different settings on each corner. I felt like I was in the lounge set of the TV show friends but with less lighting of course (that also explains the blurred photos ’cause I did not bring any tripod on all shot handheld).

1010 Breweries brew beers is a micro-brewery located on site Sale St right here in Auckland hence the name (Auckland’s post code). All of the beers are handcrafted and several of those are award winning. Master Brewer Mike Stimpson created these unique beers to focus on fusion of simple but unexpected beer flavours which gave him medals at the 2011 Brew NZ awards.

I am not a heavy beer drinker but I was lucky enough to get to taste this NZ award winning beer by 1010 Breweries. First, was the Nana Bennetts’ Xmas Pudding Ale which was the Gold Medallist for 2011 Brew NZ but sadly as it was already sold out that day. But I thought this only means one thing —- it’s a best selling beer! Nevertheless, this was how the bar tender explained it to us… “Reminisce the tastes of oaked beer soaked fruit mince followed by chocolate and coffee”.  Now this really intrigued me, I will definitely go back for this one.

Next was the Hot Throat Chilli Lager which is the Silver Medallist for 2011 Brew NZ. This was served in a big glass (I think around 500 ml). The combination may sound weird but it was a real good combination. I never thought chilli would go so well with beer, this is definitely a must-try! It is not hot as you might be thinking. Around after half of the glass that’s when the hotness kicks in and you can feel the mild hotness in your throat as well as on your lips and believe me when I say, you will be asking for more! This beer reminds me of our beer drinking in the Philippines where beer is enjoyed with some hot and spicy finger food or dish as it has the same after taste effect. 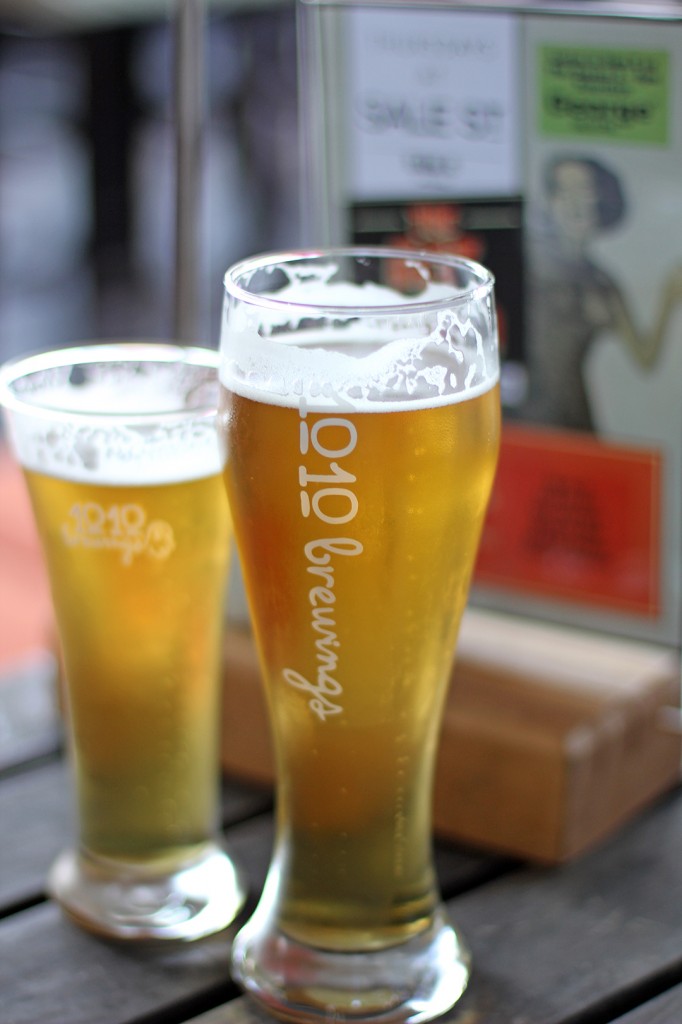 The third beer was Auckl-Indian. I am not sure whether it’s a lager but the colour between light lager and dark lager; somewhere in the ale or pilsner colour.  A regular beer with a smooth taste which closely resembles San Miguel Beer (if you’ve tried it already) but a bit stronger. It tasted better than the major beer brands you buy here in New Zealand. I am not sure about why it was named Auckl-Indian when in the press release it was described as “This’ll get you stomping around a camp fire chanting “Aucklindian please!” again and again”. I guess because of its easy drinking nature you will ask for it over and over again. 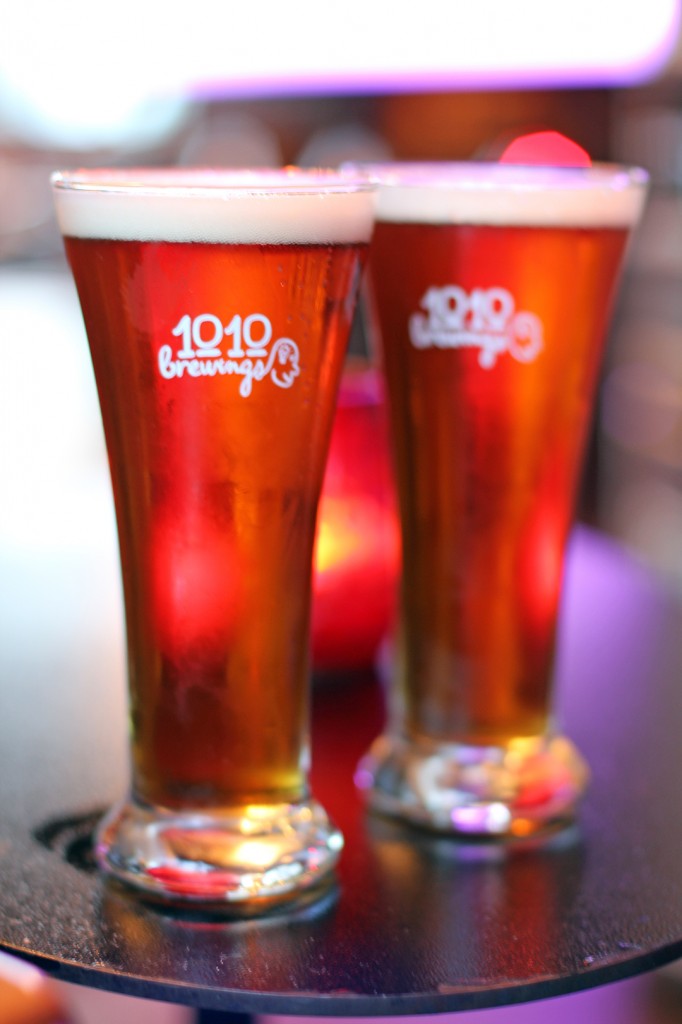 With this beer again I personally ordered and matched a dish with a bit of zing, the Port Taco Bites.  This dish is small taco portions topped with pulled pork, sour cream, chilli and tomato jam.  I loved the crispness and lightness of the tacos, the flavour and texture of the pulled pork was so good; the meat was moist and it’s not stringy like other pulled pork. The light kick of chilli was a good pair for the Auckl-Indian. 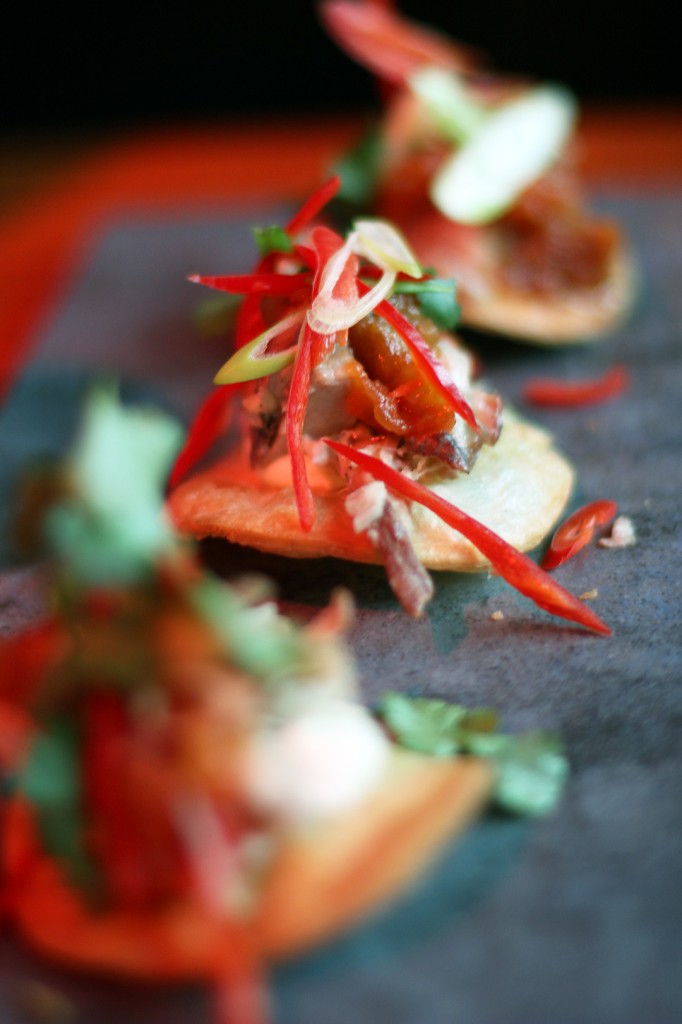 Finally, the Jafa Lager which I opted not to try as I will be driving. This left me curious about its taste especially when I learned that it has hints of orange and chocolate, which again is another unique taste.  Now you might ask where it got its name, non-New Zealanders would not get this but there is wiki entry for its explanation, so if you had read that I guess you will understand what this type is trying to imply. I will go for this one day. THIS IS NOT JUST ANOTHER AVERAGE LAGER!