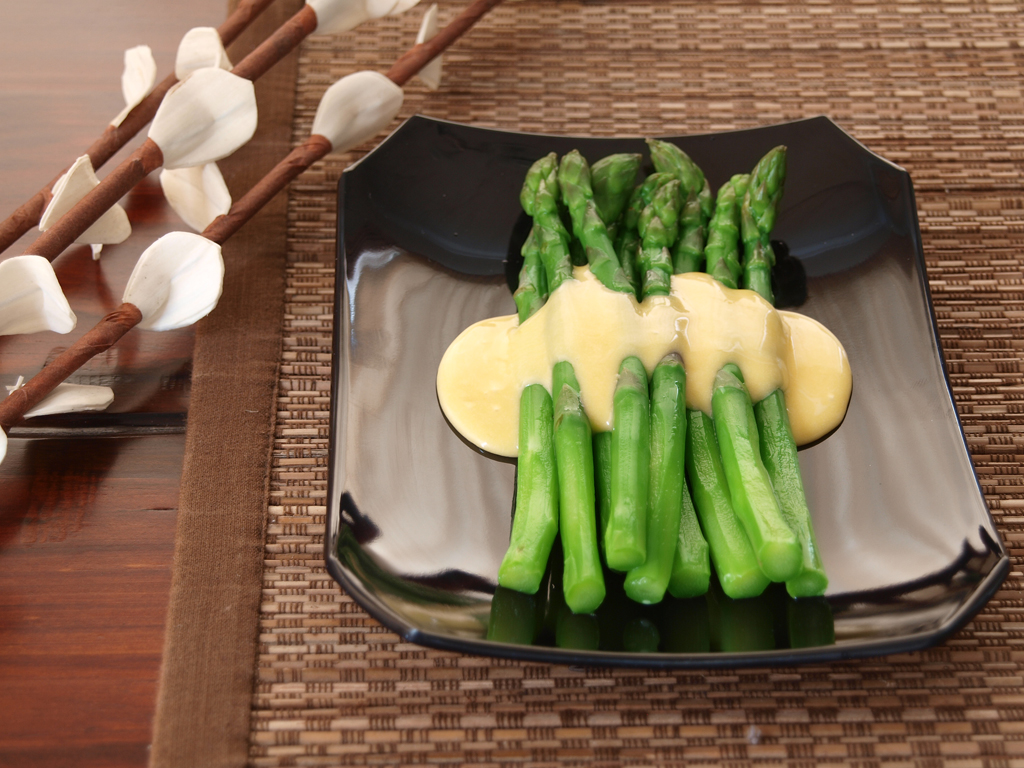 Hollandaise sauce is a type of sauce made out of an emulsion of egg yolks and butter seasoned with lemon juice and cayenne; it is usually served hot with vegetables like this post, fish, and eggs benedict. This sauce is a part of the Mother Sauces” in gourmet French cooking, other sauces in this list are Béchamel, Veloute, Espagnole and Tomato Sauce.


This dish had originated in Normandy, France as most historians agree; it was initially called Sauce Isigny after a town in Normandy called Isigny-sur-Mer (a town famous for its good butter). Then during World War I butter production stopped in France and had to be imported from Holland, the sauce is then renamed to hollandaise to indicate the source of the butter and since then it retained the name. It is also believed that Sauce Isigny was inspired by a Dutch recipe brought to France by the Heugenots; it is made out of thickened eggs with little butter beaten to form like a savoury custard. Then in 1651 a recipe similar to the modern asparagus with hollandaise appeared in Francois Pierre de La Varenne’s cookbook which he called Asparagus in Fragrant Sauce, and here is what’s written.

Choose the largest, scrape the bottoms and wash, then cook in water, salt well, and don’t let them cook too much. When cooked, put them to drain, make a sauce with good fresh butter, a little vinegar, salt, and nutmeg, and an egg yolk to bind the sauce; take care that it doesn’t curdle; and serve the asparagus garnished as you like.

For this post we will be using this sauce with steamed asparagus similar to what Francois Pierre de La Varenne had made, a classic dish that is good paired with steaks and fish. How about you, do you know other uses of Hollandaise sauce?