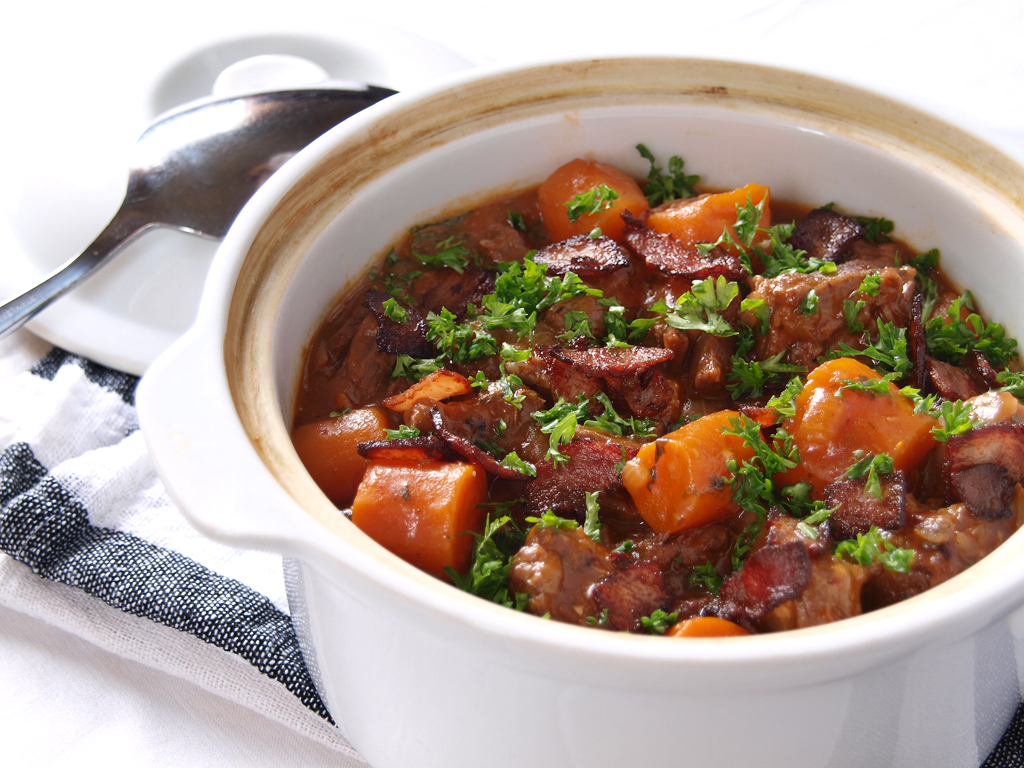 You can cook a beef casserole in many ways but nothing beats a simple classic such as beef and bacon casserole, I guess you can’t go wrong on this one. Several months ago we dined in a buffet restaurant called Fortuna located in Sky City Auckland, I was surprised as it looks so much different compared to the last time we were there which was more than 2 years ago. Its cleaner, it looks new, it looks like an expensive restaurant and the ambiance way much better, I noticed the dishes changed as well and some of the dishes that stand out were their Beef and Bacon Casserole and their Chicken Rendang which was phenomenal. Because of that I listed it down on my to do list, that’s what I usually do when we dine out, check the menu of what I haven’t made yet and cook it at home, this is nothing different. So several months later here it is a recipe that was inspired from the one I tried.