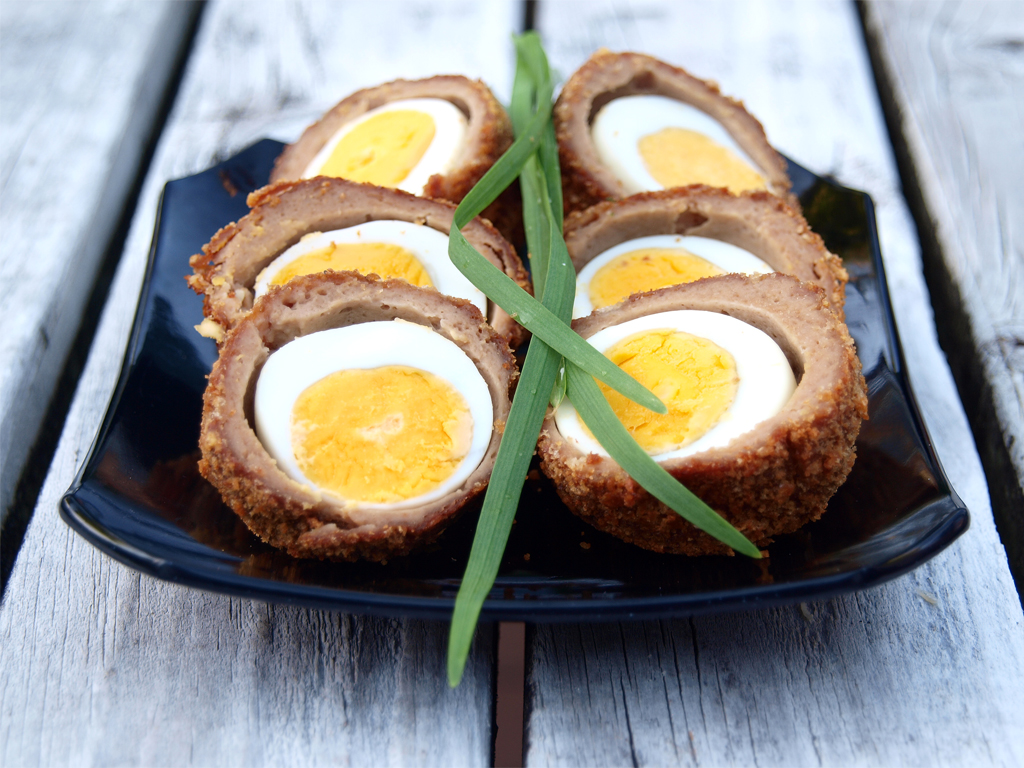 Well its Easter Monday and guess what theme will we have for this week?  I think you got it; yes it would be eggs and let’s start with Scotch Eggs.  Before we start, do you know why eggs are used for Easter? Well according to Christian tradition egg is the symbol of resurrection, it brings new life like when Christ died on the cross and resurrected similar to an egg there is life inside that shell but a new life will come out when it is hatched.  While that’s the symbolic explanation there are also stories that came from a sacred tradition among followers of Christianity where it says that Mary Magdalene brought some cooked eggs to share with the other women at the tomb of Jesus, the eggs in the basket then turned brilliant red when Christ had risen giving birth to dyed eggs during Easter.

Going back to this post, Scotch eggs are made out of hard-boiled egg wrapped in breaded sausage meat and deep fried. Its invention was claimed by Fortnum & Mason in 1738 as a portable snack for rich coach travellers.  It started a food for the rich where game meats are used until it become popular and was mass produced for the public using cheaper meats and the rest was history.

Today, like the early days Scotch eggs are made as a snack item or a picnic item, usually homemade but due to its popularity there are bars and restaurants that serve this now offering their own variation with a diverse range of different sauces, but for this post we will be sticking to the traditional one.