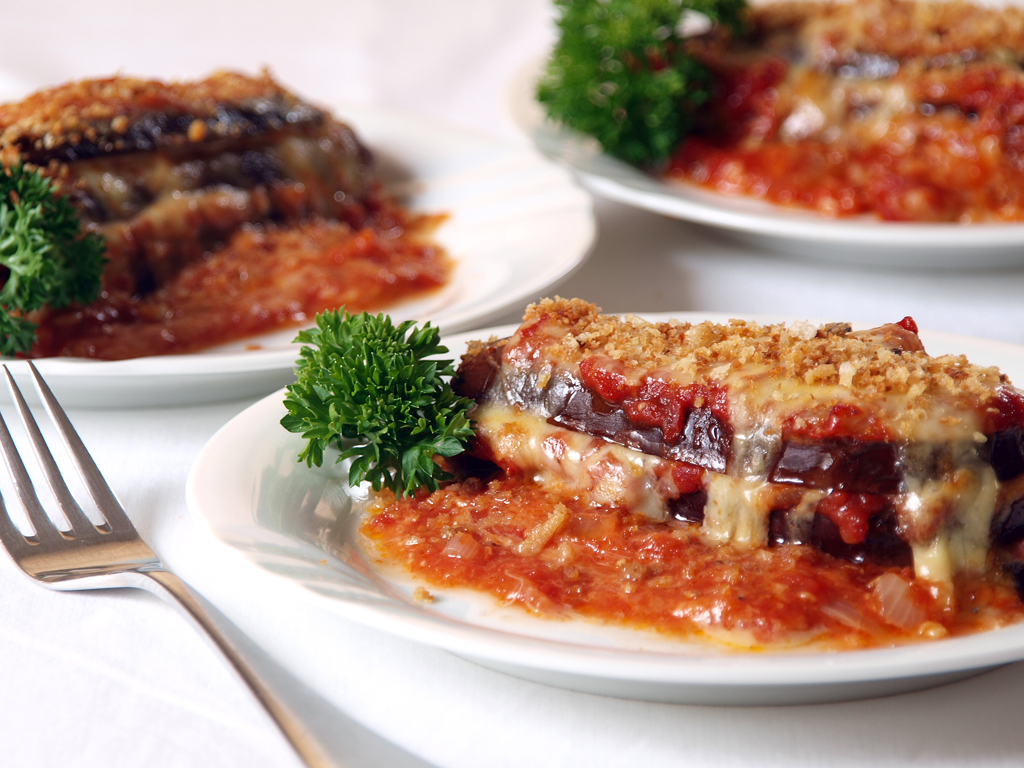 It is the holy week and right now in the Philippines and other countries that practice the Catholic faith.  During these times people start to abstain from any meat dishes which means only vegetables and seafood are to be consumed, to honour that practice this week will be Lenten dishes week and that means I will only post vegetable and seafood dishes.  So lets start with something satisfying so you won’t crave for something meaty, let me present to you the Eggplant parmigiana.


Parmigiana is a Southern Italian dish made out of fried sliced filling layered with mozzarella cheese, parmigiano cheese and tomato sauce then baked. Usually it is made with meat cutlets such as chicken and veal but earliest version calls for aubergines (eggplant).

The origins of this dish have several theories behind it, First it was believed that this dish originated in Parma in Northern Italy, and it was evident from its name as Parmesan refers to the city of Parma and the Parmesan cheese is from Parma. Another theory suggests that it originated in Campania region and within that region there are a lot of suggestions, some say that the name came from the word damigian a sleeve made of wicker where wine bottles are placed, or in this case, the hot casserole. Others also say that the dish has nothing to do with parmigiano cheese but derives from the Sicilian palmigiana (take note of the spelling), which means shutters as that’s how the dish looks like when cooked.

For this version we will not fry the eggplants instead we will be grilling it to have a deeper flavour as well as reducing the oil as eggplants absorbs oil really well. A very good and filling dish, imagine lasagne without the meat, though I can’t say that this is healthier (just look at that cheese) this is a good meal to serve for those who do not eat meats or even for a carnivorous like me 🙂