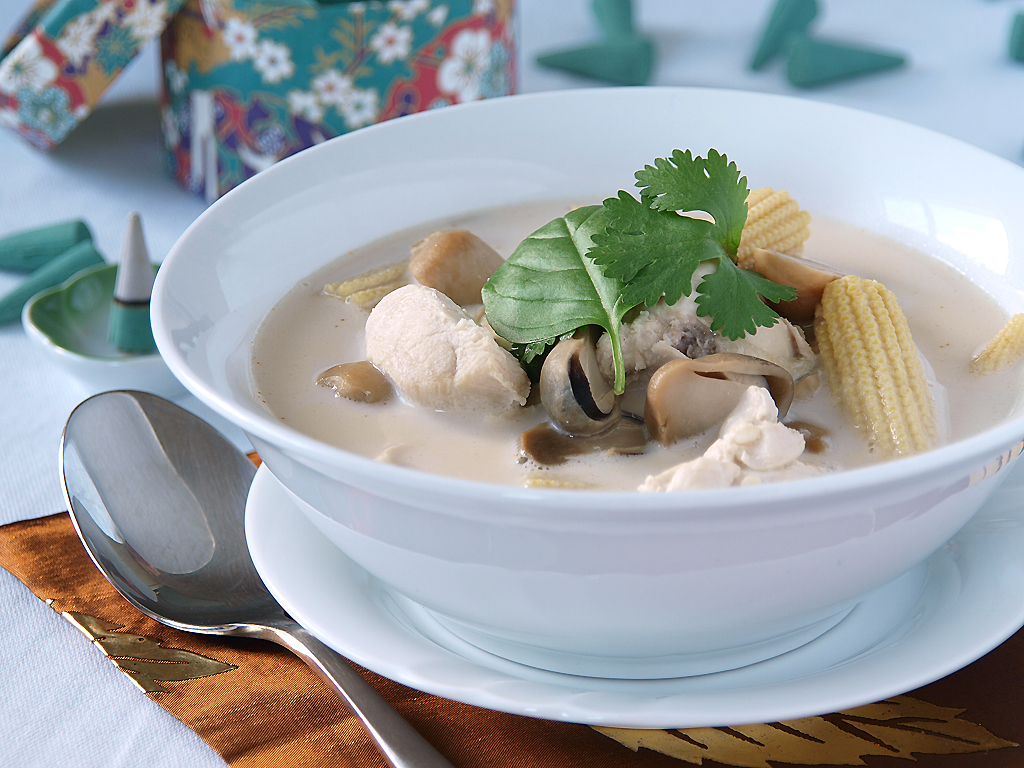 Soup week: Day 4. Soup doesn’t have to be hard to prepare. This time we are going to try something from a neighbor country, Thailand. They have a lot of great dishes and if it is about soup, they do have a lot to offer like this soup called Tom Kha Gai.

This dish is a Thai hot and sour soup made out of coconut milk, chicken, galangal, lemon grass and mushroom. Literally, Tom Kha Gai means “boiled galangal chicken” when directly translated. I guess it was named perfectly as galangal is the dominant flavour in this dish. Galangal for those who doesn’t have an idea looks like a ginger but reddish brown in colour. It is related to ginger but taste different as it is commonly described as pungent, peppery and floral. Tom Kha Gai has a very unique twist in flavour since it’s partly creamy, spicy, sweet, sour, smoky, hot and savoury, all at once; which would leave your taste buds asking for more! You will never turn out your chicken soup the same twice again!
Ingredients