Oysters on the Half Shell served with Sweet Chilli and Lemon 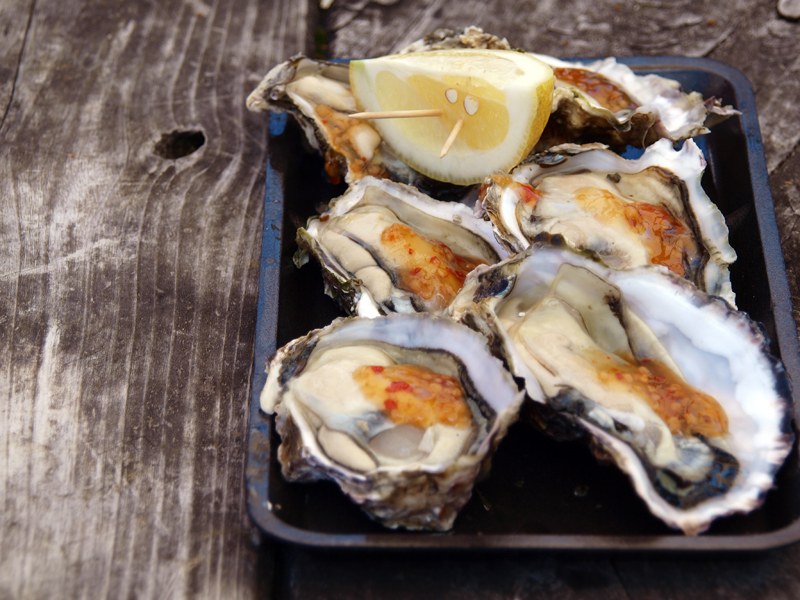 Oysters on the Half Shell served with Sweet Chilli and Lemon

I know not a lot of people love raw oysters and that includes me so why I am doing this post? Well this is a good aphrodisiac and good to serve during this Valentines season, remember Casanova ate more than 50 raw oysters a day to boost his libido.  But seriously speaking I never tried raw oysters, I just can’t imagine the taste and the texture but that’s got to change and was convinced to try some as they said oysters in New Zealand are one of the best due to the fact that we have cleaner ocean waters than other countries which means it is also safe to consume raw compared to other places so why not give it a shot so I know what I am missing. I tried a lot of oysters before but never raw, so after buying them fresh off the market (see it’s still served on the packaging it came from) and a little bit of preparation its chow time. After finishing them together with my other half all I can say is that is it not as bad as what I expected, I think the lemon and sweet chilli give a good taste to the soft flesh.


There are more than 50 kinds of edible oysters and one of the best ones can be found here in New Zealand and it’s called bluff oysters. Oysters is a very nutritious food item as it contains a lot of minerals like zinc, calcium, iron, selenium, Vitamin A and B12; it is also low in energy which only contains 37kJ per raw oyster. They said oysters are the best and healthiest when eaten raw, oysters also must be consumed alive or cooked alive to be safe and enjoy its best flavour. So for the newbies teh trick to know whether an oyster is still alive is that it should be capable of tightly closing its shell. The oysters when open should be tapped on the shell and should close up, those unresponsive ones should be discarded as they are already dead. To open an oyster requires a very good skill in doing so otherwise you might get injured, a special knife and a thick gloves should always be used, so just trust you local fishmonger or market vendor to do this.

Anyways, before heading to our recipe again I had joined a blog hop at Recipe Lion, my entry was the Mixed Berries Cheesecake I posted yesterday, for those who already had voted for me Thanks a lot! and for those who haven’t please do so here -> http://www.recipelionblog.com/february-blog-hop-favorite-dessert-recipes-and-giveaway/ it is the 25th item on the list.