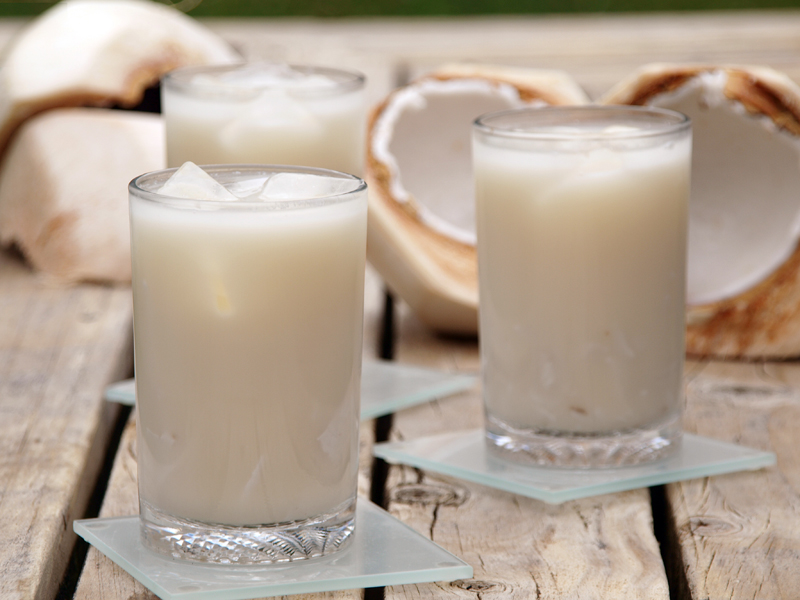 Another refreshing drink popular in the Philippines where you can see sold almost everywhere from hawker stalls to posh restaurants, it is a simple mixture of young coconut water, young coconut meat and milk, it’s very refreshing and very healthy. This is one of the drinks I missed in the Philippines, though we have coconuts here coming from the Pacific Island it is so expensive where it can cost as much as $10 a coconut compared to Php10 (during the early 2000’2 not sure how much it is now) in the Philippines. I even remember in my mom’s province where this is abundant we get it for free; you just have to climb a coconut tree and get your own.


Coconut water is a very refreshing and healthy drink, it contains a lot of electrolytes, and minerals to replenish hydration levels in the body that’s why it can be used as an energy drink, liquid replacement for people suffering diarrhoea and even as an intravenous fluid (This is sometimes used by developing nations). Another benefit for drinking coconut water is it has anti-ageing, anti-carcinogenic, and anti-thrombotic properties, it also has better composition of minerals like calcium, iron, manganese, magnesium, potassium, sodium and zinc than other fruits.

So if you want some refreshing drink during summer I guess nothing will beat this, it will definitely quench your thirst compared to the unhealthy commercially available fizzy drinks.